John O’Shea retires but Declan Rice has the right stuff

John O'Shea walks to the bench as he is substituted off for the final time during the International Friendly match between the Republic of Ireland and The USA at the Aviva Stadium. (Photo by Dan Mullan/Getty Images)

The pre match talk before the USA match was dominated by the talk of John O’Shea calling time on a 17 year international career.

But on this showing, the changing of the guard need not be huge cause for concern for Ireland with some of the talent champing at the bit to step up.

Alan Judge and Graham Burke got on the scoresheet to give Martin O’Neill something to think about when the real business of the Euro qualifiers gets underway next year. Both brought much needed energy and guile to the attacking third.

But it was the form of West Ham’s Declan Rice that particularly caught O’Neill’s eye.

The London-born star predominately plays at centre back for his club but O’Neill used him in a more advanced midfield role. 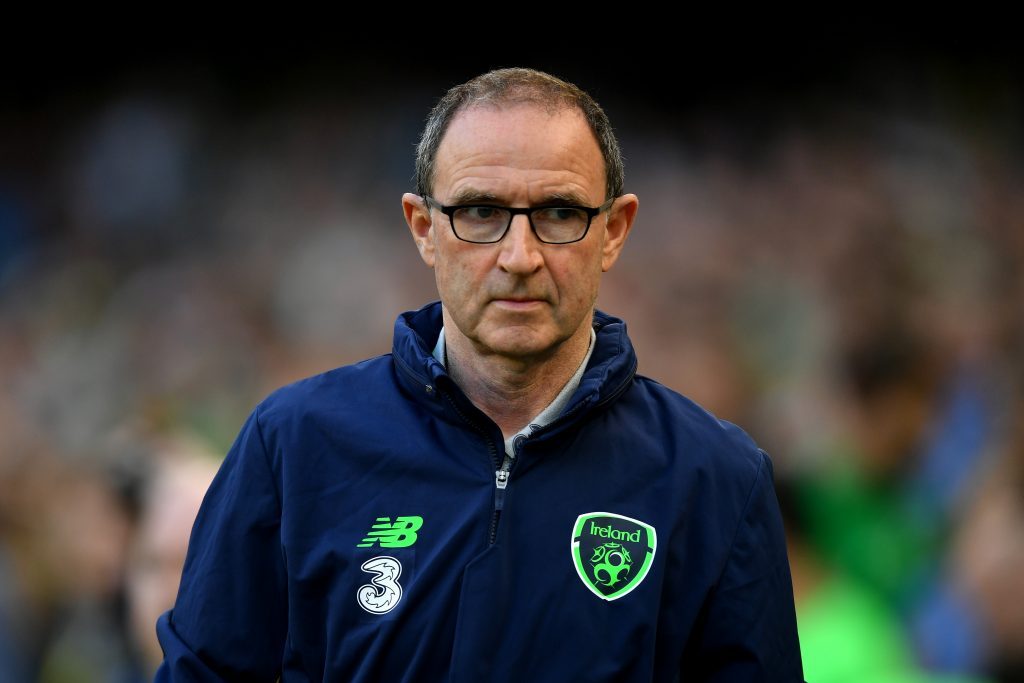 And the Ireland manager was purring about his contribution. “Rice was the most outstanding player on the pitch,” said O’Neill.

“I’m delighted for him. I thought he was exceptional. He showed maturity. He played a ball to McLean there in the last couple of minutes of the game, looked up, saw him and played that ball as if he had played 100 times for his club and 100 international games.

“Where he plays is another point. We’ve had him play centre midfield tonight and he commanded that brilliantly.”

It was Rice’s pass that opened up a stubborn USA rearguard in the closing stages and illustrates the versatility the 19 year-old brings to the table.

“It was a brilliant ball,” said O’Neill. It might have looked quite simple.

“Other people might have tried a left foot ball it into the penalty area.  He’s found the man and played it with precision.

“And it allowed James McClean to go into the penalty area and eventually Judge follows it in and puts it in the net. I thought he (Rice) was outstanding. He can get close to players, he can use the ball. He is a proper talent.” 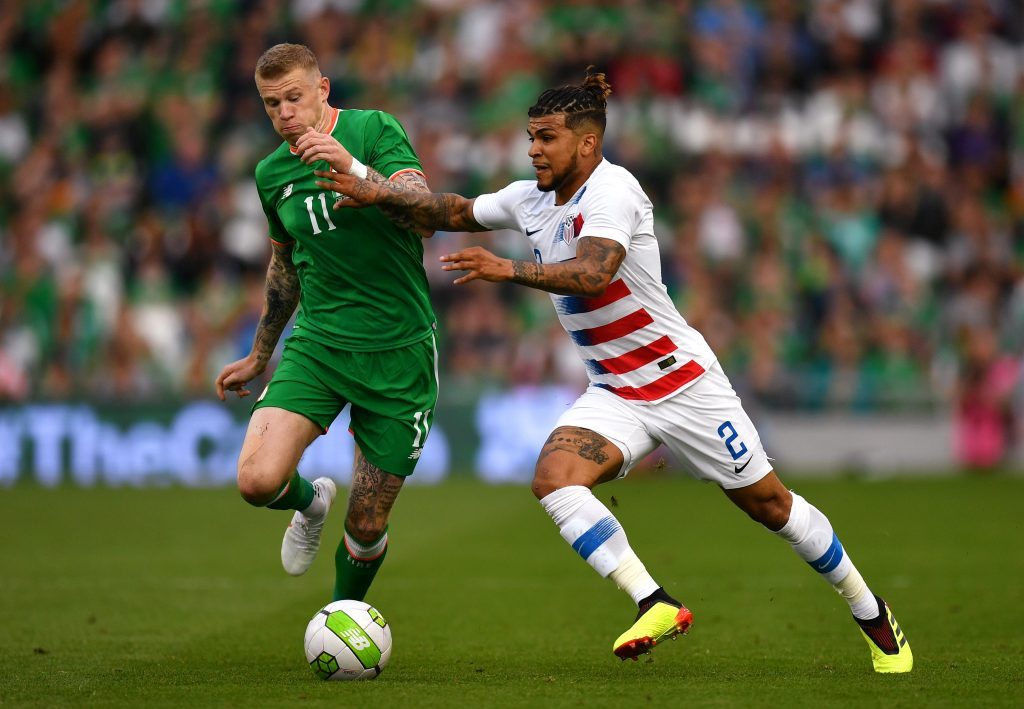 James McClean powers through for Ireland against the USA. (Photo by Dan Mullan/Getty Images)

O’Neill has endured criticism in some quarters for not freshening up the side at key junctures over the past few years, but he has bucked that trend with eight debutants in the past three games.

“We were coming off a decent European campaign and straight into a big game against Serbia so there wasn’t much chance of making a lot of changes,” he offered in defence.

“At least we have been able to see some new players now. And it is really up to those players to get into their club teams, make a mark and stay involved.”

Burke became the first League of Ireland player to score for Ireland in 40 years when he fired Ireland level just before the hour mark.

But Judge undoubtably stole the show with the stoppage time winner. The Dubliner was seen as one of the leading lights of the Championship and was linked with a £15 million move to Newcastle two years ago before injury curtailed his progress.

“It’s very pleasing for him because he has had such a tough time,” said O’Neill.

“He thought his career was over at one stage. It was very serious.

“He’s a really likeable lad and when he scored he celebrated as if he had won the World Cup for us.”

Alan Judge opens up after Ipswich exit - "nothing surprises me anymore"