Paul Coggins: ‘It wasn’t pretty, Cathal was unable to speak or move’

LONDON manager Paul Coggins has called on the GAA to make player welfare a priority following safety fears for one of his footballers in their weekend victory over Waterford.

Ex-Tyrone player Cathal McCarron was left temporarily unable to move or speak after suffering a heavy knock to his back midway through the second-half of London’s 2-10 to 0-9 win.

The fears of players and management were compounded by the absence of an ambulance during a time when it was believed the 2013 All Star nominee needed urgent medical attention.

“I’m not here to criticise the Waterford County Board but player welfare needs to be looked after,” said Coggins. “No team should play without medical assistance. It wasn’t pretty, Cathal was unable to speak or move after it happened.

“Unfortunately there was no ambulance and it took time to get one there. We need to remember that football is a physical game and we are asking players to put their bodies on the line.

"I don’t want to have a go but player welfare is imperative. 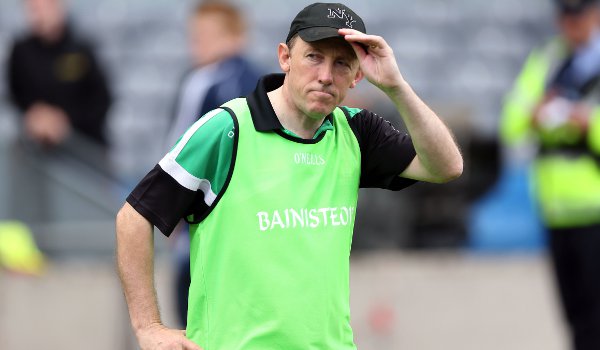 "It’s not like these guys are professionals going back to train with Man United after a game at the weekend — they have jobs and commitments. We ask them to give a lot and we have to look after them in return.”

Although McCarron recovered to travel back with the team, Coggins expects to be without the Tyrone native in the short-term. At time of writing the player was awaiting the results of medical assessment.

Interestingly, the Exiles had taken to the pitch in Waterford wearing a set of a jerseys belong to the Waterford Institute of Technology GAA team.

Because of a colour clash, London had brought their second set of jerseys to Ireland only to be informed over the weekend that the host county did not have their own set of alternative jerseys, as expected.

“It wasn’t ideal,” said Coggins. “But maybe it helped us. It may have given us an edge.

“It was great to get the victory and the performance responsible for that was at a much higher level than previous weeks. We worked hard during the week. We were a lot more aggressive. We worked a lot harder.