MORE than 25,000 meals have been delivered to hard-working NHS staff through a unique campaign being led by the London Irish Rugby Club.

Working in partnership with the Powerday waste management firm, the #PoweringTheNHS initiative has pledged to deliver 100,000 meals, as well as vital equipment, to health care staff at hospitals across London.

The meals are being created at London Irish’s Hazelwood training ground in Sunbury, West London.

There, head chef Bogdan Konecki has led a team of volunteers to prepare and cook the meals so that doctors, nurses and care workers don’t have to worry about their food while they battle the Covid-19 outbreak. 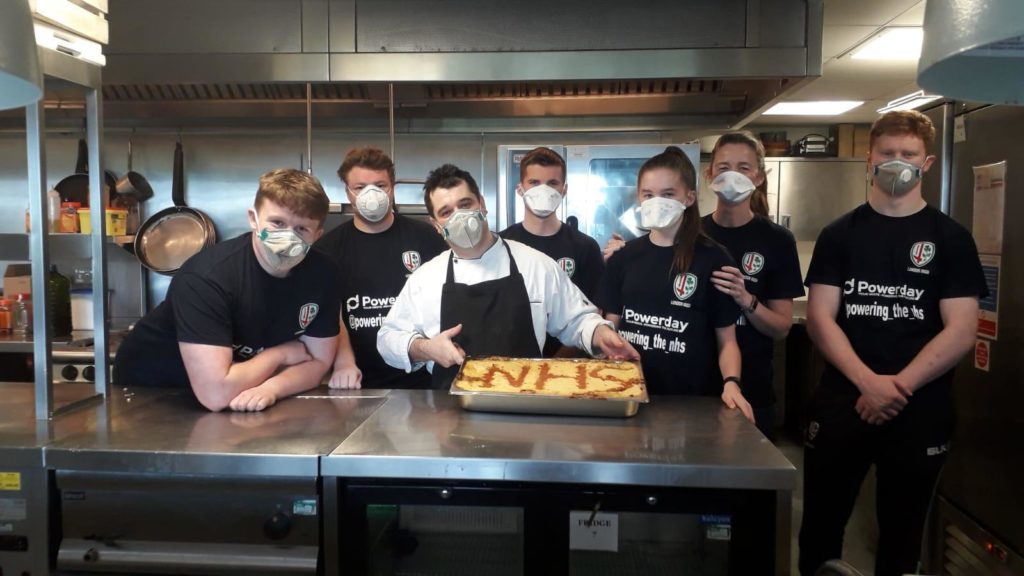 The London Irish team at work in the kitchen

Fiona McHugh, General Manager at London Irish’s Hazelwood Centre, has been the logistical lead of the campaign.

Since it kicked off in April, she has organised more than 25,000 meals to be delivered to frontline NHS workers, with that figure continuing to rise every day.

Overseeing the complex project also means making sure the large number of volunteers who are supporting it all get their chance to be involved.

“So many people want to volunteer so the main thing was managing it because there was so many people,” Ms McHugh told The Irish Post.

“Fortunately, we have the site here at Hazelwood and the kitchen which the chefs work in anyway so we knew how many meals we would comfortably be able to produce every day.

“We also knew, from an operational point of view, how long it would take in the morning and that we would be ready to do deliveries from 11am onwards.” 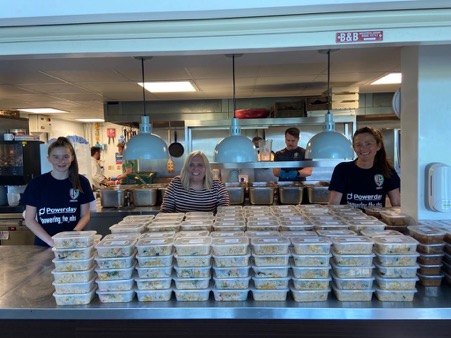 For Ms McHugh there is a personal as well as a professional connection to the campaign, as her mum Martina was an NHS nurse, spending most of her career at the Derbyshire Royal Infirmary Hospital.

“We feel like we are doing a small part for the NHS who are looking after this whole country.”

London Irish stars Blair Cowan, Matt Williams and Theo Brophy Clews, are among the volunteers who are helping out.

Brophy Clews has undertaken a variety of roles, claiming it’s been “pretty awesome” to be involved.

“I have been mainly delivering the meals to hospitals, but I have been a doing a little bit of prep work and I have labelled a lot of boxes,” the 23-year-old fly-half told The Irish Post.

“There is so much going on behind the scenes, mine is just a small part to play, but it has been pretty awesome to help out.”

It seems with no rugby for the foreseeable, Brophy Clews and his teammates were more than happy to help.

“I wanted to see if I could help out some of the people who are keeping the country running and are keeping people safe and saving a lot of lives,” he admits.

“I think me especially and a lot of the players involved with London Irish are in pretty good positions, we are still getting paid and still have jobs but have nothing to do.

“I thought it would be good to do [this] and a lot of the people here feel the same it’s a really great thing to be involved in.” 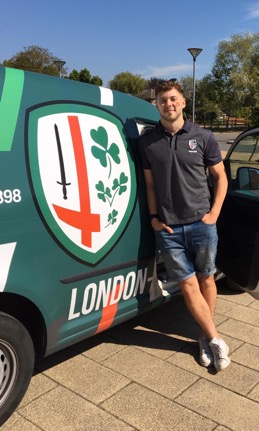 He added: “It has been really nice to see how important food can be to the staff at the NHS. They are working around the clock and often don’t have time to eat and some of these meals are getting reheated at 2 or 3am.”

In addition to the #PoweringTheNHS scheme, the club’s staff recently launched a London Irish volunteer group to support elderly and vulnerable residents in Sunbury and the wider Spelthorne Community.

Volunteers have collected shopping, medication and prescriptions for individuals that are most at risk and advised to stay at home.

CEO of the Voluntary Support North Surrey, Solette Sheppardson, said: “It is fantastic to have the London Irish volunteers supporting our vulnerable and elderly residents in Spelthorne during this time. Nothing has been too much trouble and we have had wonderful feedback from the individuals supported.”

She added: “The true community spirit has really come to the surface and in supporting those most at threat, it alleviates the pressures or risks of them having to leave their homes.” 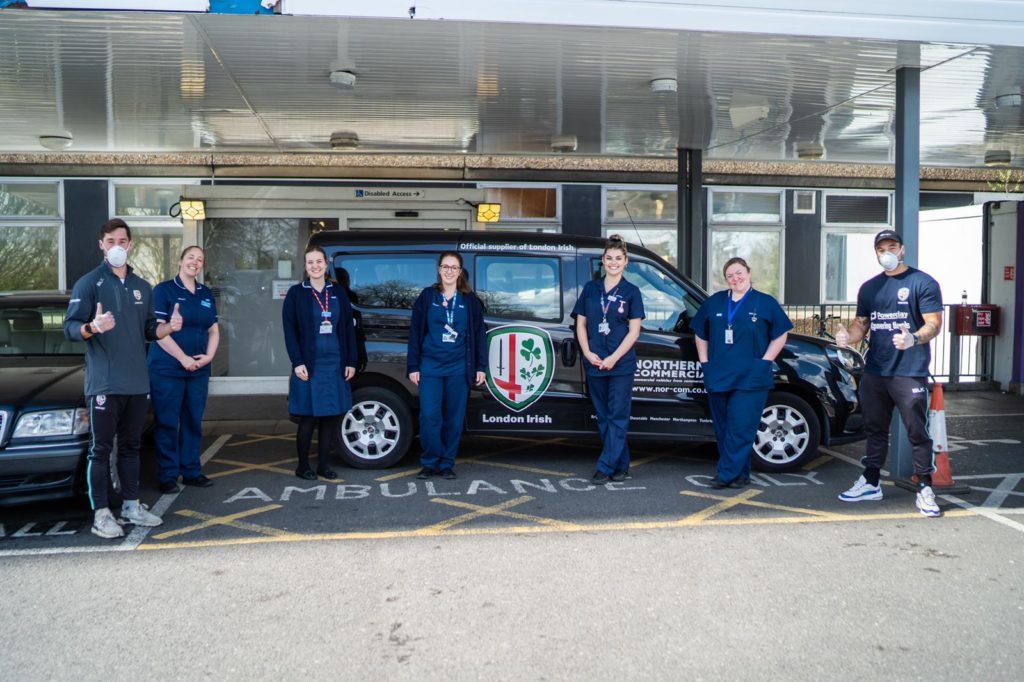 Edward Crossan, Vice Chairman of Powerday, which is funding the #PoweringTheNHS initiative, spoke out about the project as it hit its impressive 25,000 meal milestone this week.

“We are honoured to be supporting those working on the frontline during this pandemic, they are true heroes,” he said.

“We have more than doubled the number of meals we are creating for NHS staff since we started, and we’ll continue towards our target of delivering 100,000 meals.”

He added: “The feedback from nurses and doctors when we deliver these meals is extraordinary.

“They are dealing with this horrendous disease in the most professional and incredible way and providing them with meals to keep them going is the least we can do.”

To date 25,000 #PoweringTheNHS meals have been delivered to