Rio 2016: It’s not the medal count that matters, it’s the triumph over adversity

16 September 2016; Colin Lynch of Ireland in action during the Men's C1-3 Road Race at the Pontal Cycling Road during the Rio 2016 Paralympic Games in Rio de Janeiro, Brazil. Photo by Diarmuid Greene/Sportsfile

THE statistics tell one side of the story. That the return of 11 medals – four of them gold, four silver and three bronze – made these Paralympics a success for Ireland.

While inferior to what the team achieved in London – the fact that only 27 counties bettered Ireland’s position on the medal table over the course of the last two weeks in Rio is a statement in itself.

On the one hand, you’d have to say undoubtedly yes, that Ireland punches well above its weight, that a country with just 4.7m people, is outperforming its size. And yet, a closer examination of the medal table at the Paralympics reveals how the most successful nations also tended to be the richest ones: China ranking first, Britain second, the United States fourth, Australia fifth and Germany sixth.

Yet it would be churlish to focus entirely on this issue, especially as the 4,300 athletes who competed have triumphed over either adversity or tragedy. Their presence at this level is the success story, not their medal positions. Take, as a starting point, John Twomey’s story. Now 61, this was the Cork athlete's 11th Paralympics. Previously he had won gold and bronze in the discus, silver in table tennis. This time, though, he tried to get a sailing medal but fell short.

Can you say that’s failure? Not when you consider the life he has had. He was 14 when a spinal injury caused by a cycling accident confined him to a wheelchair. It was sport which looked like ruining his life but sport which saved it. "If it (the accident) had happened to me when I was a bit older, you know, middle age, it´d be a lot harder to cope,” he said in an interview with The Times.

“But you are young, you get on with things again. And sure I got straight back into sport. There was a great programme in the rehab hospital in Dún Laoghaire. I used sport as my rehab, I tried everything, it was super. 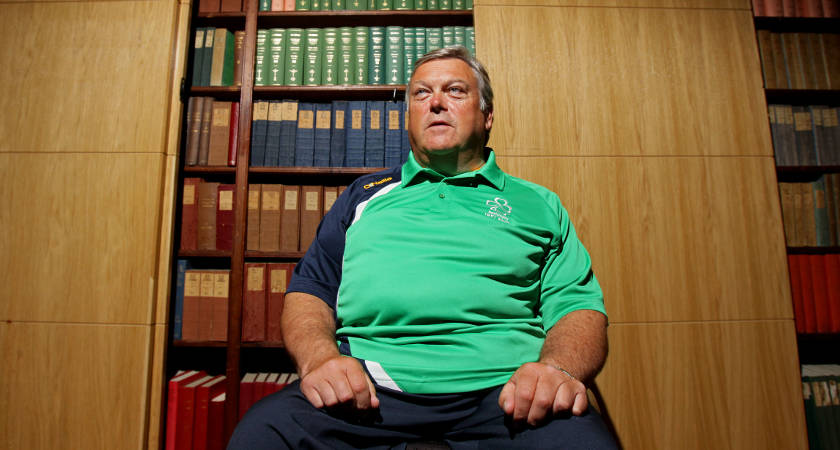 John Twomey competed in his 11th Paralympics [Picture: Inpho]
"They put you through all the sports. Jaysus I even did archery. Then we had table tennis, basketball, field events, you name it. They´ve a great programme there, I hope they still have it. I hope it's still there because it really is beneficial."

It certainly is. So when Declan Slevin suffered his own spinal injury in 2004, and realised he would never walk again, he faced a choice. Life had dealt him the cruellest of blows but that didn’t stop him wanting to live. Sport became part of the healing process.

“I was 35 when the accident happened. ‘Why me?’ I asked. There's a lot of others like yourself there that this could have happened to, what did I do wrong? Then you start to realise that as bad as it is, it's life too.

“I was looking at my wife and kids. You wouldn't worry for yourself but they were hard to face. They are looking in though worrying, my mother at home, she'd just lost my Dad and she was having this now. How many bad knocks did she have to take? But I've come to terms, to say it is what it is, I have to move on. This is who I am, I just plod along, I don't see the bad side of it anymore.”

Sport helped him see life’s good side. “I was chatting to a lad from Sri Lanka or one of these places and you listen to other people's lives and how they get on with it,” he said from Rio last week. “I'd be mad not get on with it myself sure.”

He did get on well in Rio. Not medalling but performing admirably. As did Pat O’Leary, the canoeist. He may not have medalled in Rio but is this how we judge our athletes? By whether they finish on the podium? 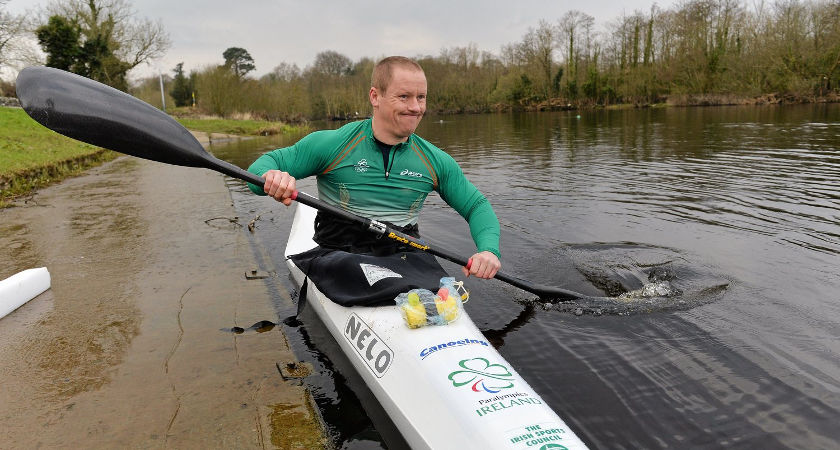 Pat O'Leary [Picture: Paralympics Ireland]
Or rather should we not look at their circumstances? O’Leary’s were as follows. He developed a knee problem as a teenager and while it hindered his sporting life, he just got on with it. Then, in his own words: "The knee gave out in about 2006. I was advised to take it out and put in a new one. In retrospect I got an infection and it didn't really flare up initially, there were a couple of small things we thought was cellulitis but in the end in 2010 it blew up completely.

"I was seriously sick. It was a year-and-a-half process and I was in hospital for about four months of that. Every time I'd stop the antibiotics, they'd get it to clear, and it would be clear and then come back. It was stuck on the metal so you can't get blood circulation so they can't get antibiotics to it.

"So they took it out and replaced it with a straight metal bar for six weeks to try and get rid of it. Lots of surgeries and stuff but it was, 'There's a big chance this could get critical and we'll just have to rip the leg off and you'll be very sick'. But I was saying, 'You are still in a situation where you can get me well, so get me well. Amputate the leg'."

It was his decision to amputate his leg and his decision to turn himself into a world class athlete. Yes, the talent was inherent and the support network was there, but rather than fall apart, he decided to make the most of himself.

Rio wasn’t the end of his journey. Nor Slevin’s, nor Twomey’s. Yet their stories are indicative of what the Paralympics represents, the triumph of will over adversity.