Cork , Ireland - 13 October 2021; Cathal Heffernan of Republic of Ireland with team-mate James McManus after the UEFA U17 Championship Qualifying Round Group 5 match between Republic of Ireland and Poland at Turner's Cross in Cork. (Photo By Eóin Noonan/Sportsfile via Getty Images)

IRELAND'S MOST famous race walker Rob Heffernan's son could be set for move to Germany.

Cathal Heffernan is being linked with a move to Bundesliga giants Bayer Leverkusen and cannot move to England due to Brexit rules restricting a move to a British club until he is 18.

The younger Heffernan plays for Cork City as a defender. The player’s management team, Sire 7 posted a social media post showing the corkman wearing the German club’s kit with the caption ‘soon’.

Many people will know his father Rob Heffernan, who competed at the 2012 Olympics, Heffernan finished ninth in the 20km race, a week later he finished fourth in the 50km for Ireland 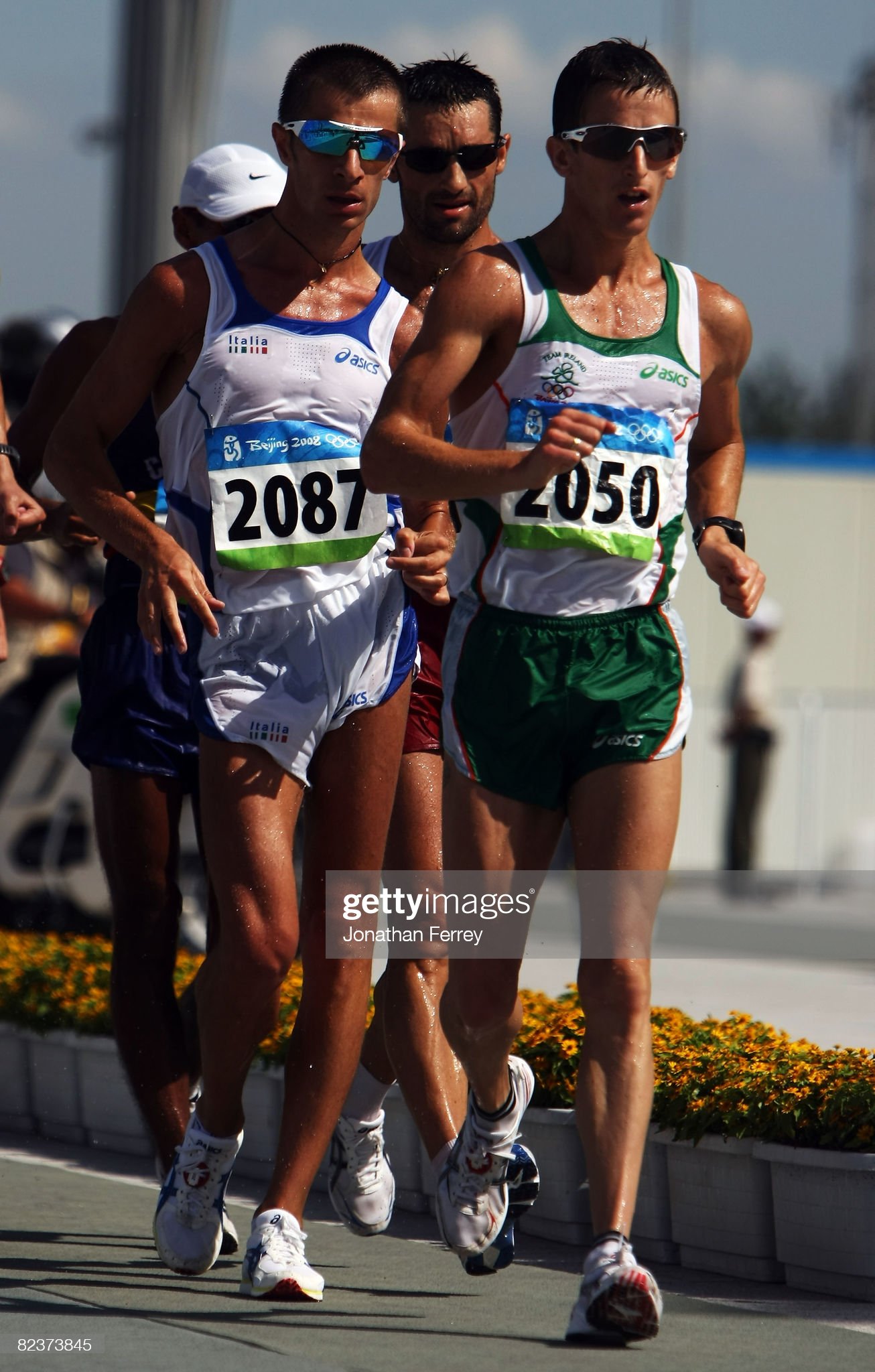 Heffernan's son has attracted interest from teams in England and in Europe.  He recently trained with the likes of AC Milan, Juventus, and Roma

He could become one of many Irish footballers that are looking to move abroad to further their careers in Ireland.

This week St Pat's teenage defender James Abankwah completed a move to Serie A side Udinese and Derby's Festy Ebosele is being linked with a move to Germany.

In recent years the likes of Kevin Zefi joined Inter Milan and others have made the choice to go abroad,

This is mainly down to Brexit. This means that Irish boys aged 17 or below can no longer sign for English clubs. They must wait until they are 18 to sign a deal with a club in the United Kingdom.

Players who moved abroad like Gavin Bazunu and Andrew Omobamidele to Manchester City and Norwich will not be a regular thing in the years to come.

Cathal Heffernan in a Bayer Leverkusen kit 🇮🇪 The management company that represents him posted this last night pic.twitter.com/uTB23slqNj