For an organisation depicted as conservative, the GAA has a recent habit of being a lot more radical than people imagine

JARLATH Burns had a point to make.

Any time he’d ever felt strongly about something before, he wasn’t shy in voicing a concern, so why should now be any different? A former captain of Armagh, he was one of the highest profile players in the GAA when the GPA was formed back in 1999.

They called. He listened. Yet by siding with the status-quo, and the establishment, he went against the grain.

If there was criticism of his opinions then, he didn’t care. He had his beliefs and they were what mattered.

So did the senior pupils of the school in Bessbrook, where he is principal. They wanted to attend a gay pride march and told him so. “Okay,” Burns said. “Where’s it on?” He – and other staff – marched with them.

As a player he was committed and loyal and unlucky – his career coinciding with one of Armagh’s long sporting recessions. He was there when a 17-year wait for an Ulster title ended, lifting the Anglo-Celt trophy in Clones on one of those rare summer Sundays where the sun actually shone. And then it was gone and so was he.

Retirement preceded May 5, 2002, Armagh’s greatest day. By now he was working as a pundit for the BBC, and when the final whistle blew, he left his duties and his seat in the studio to go and celebrate with his family. “Sorry,” he said after his return. “But it means so much.”

A fluent Irish speaker, an intelligent, personable man, a career in politics was offered, and a possible run at the GAA Presidency has been suggested. So against this backdrop, eyes as well as tempers were raised last year when this son of Armagh and the GAA spoke openly and carefully to Eamonn Mallie, the television journalist, about dispensing with the tricolour and the national anthem at GAA grounds.

“It wouldn’t cost me a thought and you know this; flags are divisive,” Burns said. “Do we need to say that any louder? If somebody was to propose in the morning that they were going to get rid of them all, it wouldn’t bother me at all. It’s not one of the core values that I have. 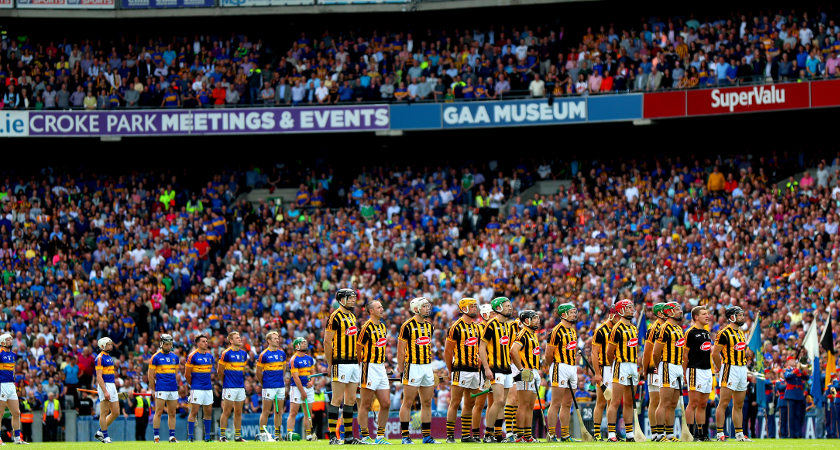 Standing for the national anthem is a tradition from the highest level to the lowest [Picture: Inpho]
“It’s an overtly political thing. It’s something which is specific to national borders. It’s nothing to do with (the) cultural – if I thought for a moment that suddenly Tom Elliott (the former Ulster Unionist leader) would become our greatest fan I would get rid of them surely.

“You could do all of those things and there would still be a section of unionism that would still feel repelled by the GAA because of our love of the Irish language, for example.”

Predictably, Burns was slated for his view. And yet, aside from the disappointing dismissal of a carefully constructed and well-meaning argument from a genuine GAA man, the issue soon blew over. After all, the opinion may have been delivered by someone who carried influence – but it wasn’t as if it was the GAA’s President who was speaking.

A year on and everything has changed. This time the GAA’s President has spoken. And what Aogán Ó Fearghail had to say in Dubai last week has resulted in the landscape getting redrawn.

"The flag and the anthem means a lot to the GAA and will continue to do so, but who knows in the future?” Ó Fearghail said. "In the future, if there are different agreements in place for the whole of Ireland, of course the GAA would be inclusive in that. There could be further agreements politically at home. There is a massively changing world at home. 'Brexit' is going to affect the GAA the same as it's going to affect everyone else and it does cause concerns.

"There might well be political realignments on the island of Ireland," he added. "In the future, if there are new agreements and new arrangements, we'd be open-minded about things like flags and anthems – but not in advance of agreements." 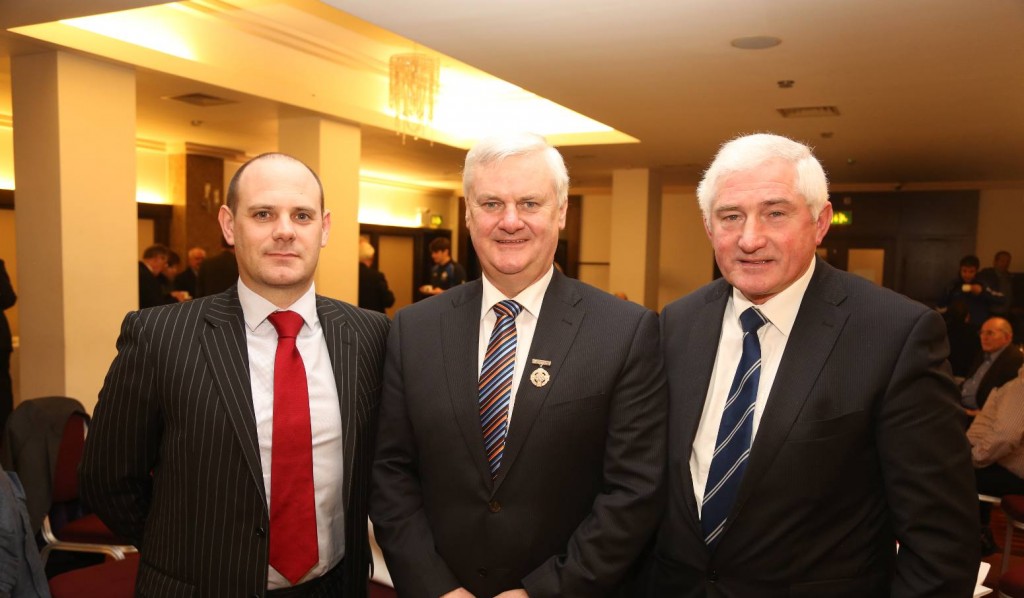 Finding agreement on this issue won’t come easily. Just glance through social media to see how divided people are on the subject. For some there is fear and loathing towards Ó Fearghail and his point of view. Yet to others, words like ‘mature’ and ‘build-bridging’ have been loudly referenced.

Another theme, often used, surrounds the GAA’s need to modernise. And yet what is half forgotten is how much it has reformed since the 1990s. Back then, Croke Park looked old and cramped. Now, with its three-tiered stands that creep high towards the Dublin sky, it looks like many of the world’s great stadiums.

And there hasn’t just been physical reform. The stadium opened its doors to soccer and rugby in the years it took Lansdowne Road to be reincarnated as the Aviva Stadium. The old Championship format – one loss and you are out – has been replaced by a new system. Player welfare is better now than ever, the GPA got brought into the fold, rather than regarded as outsiders.

It was unthinkable in the 1990s that Sky TV would have the will to pay over the odds to screen Gaelic games or that the GAA would consider facilitating them. Or that Hawkeye would decide the outcome of an All-Ireland final.

So in this context, a debate on the issue of the anthem and the flag is inevitable. And while inevitably there’ll be an outcry, as there was when Rule 42 was debated and ultimately rewritten, if there is a clamour for change, it is likely it’ll happen. For an organisation depicted as backward and conservative, the GAA has a recent habit of being a lot more radical than people imagine.