Paddy Power reveals that bookmakers were in-line to take an industry-wide £35million hit, had Tiger Roll claimed his sixth Cheltenham win, adding to the £500million he’s already cost them over the course of his career.

But, by losing out to favourite, Delta Work, the outgoing racing star actually cost the industry even more in pay-outs.

He ran down his stable companion and despite giving his all, there's no fairytale ending of Tiger Roll#Cheltenham2022 | #ITVRacing pic.twitter.com/639yw4lVwz

“The irony of Tiger’s defeat is that the horse who earned punters in the region of half a billion pounds over the course of his career has just rubbed additional salt into the wounds of the bookies on his swansong.

“He was short odds to go out on a winning note, and just when we manage to get this brave warrior beaten, it’s the favourite who wins the darned race and costs us even more dough! Happy retirement, big fella.”

To give the horse a fitting send off – despite being a very costly thorn in bookies’ sides – Paddy Power unveiled a giant farewell card this morning, marking Tiger Roll’s anticipated retirement after the race.

Fans have had the opportunity to say goodbye to the legendary horse by personally signing the enormous card, which stands at 10ft in height and 14ft wide, as they made their way to the track for day two of The Festival. 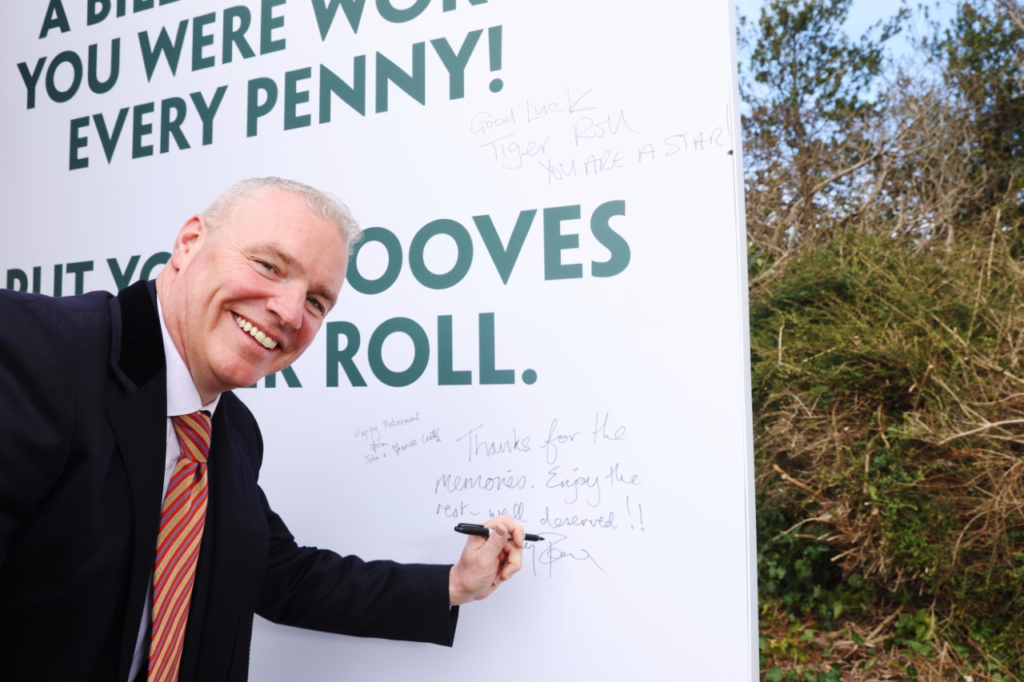