Famous for his brash manner he was once booed by Celtic supporters, pragmatically he insisted it was their right.

But history has proved ‘the Bunnet’ to be one of the most essential and precocious contributors to the Celtic story — 20 years on when Fergus speaks people listen.

That was proved last week when he said: “I would like to see the EPL expand and include Celtic. I think it could and should happen. It would triple the size of the club in financial terms, overnight.”

This encouraged a comment from Uefa general secretary Gianni Infantino: “There is an experiment, a test, going on in the BeNe League in women’s football with Belgium and the Netherlands.

This has gone on for a year and we will take a look into that after the second year. There will be discussions going on with all stakeholders. Football is in constant development and we are open to discussing everything.”

Chief Executive Peter Lawwell has worked hard to divorce Celtic from the toxic brand of the ‘Old Firm’, by making it clear his concern is Celtic alone. Further strengthening the plight, managers in England such as Jose Mourinho and Harry Redknapp have suggested they want to see the Hoops in the EPL.

Lawwell spoke with clarity about his intentions saying the “perceived lack of competition in the league is an issue we need to find a solution to”.

This is reflected in the significant decrease in attendance with many season book holders failing to turn up. The chief executive’s ambition for the club to play in England has been obvious for some time.

Celtic found themselves in a position of strength after reaching the Uefa Cup Final in 2003 and the proposition of Celtic playing south of the border was widely debated.

Speaking last year Martin O’Neill reflected on the time: “I was manager and I was all for it. Celtic and Rangers would maybe have to start in a lower league, but in the scheme of things what’s five or six years in the life of a football club? Celtic and Rangers would be strong, maybe not now at this moment, but they would after a few years building things up.

“I believe they would do eventual justice, surpassing teams down here that are considered bigger.”

Lawwell’s influence at the highest level was bolstered last week when he joined the executive board of the European Club Association.

He said: “European football is an ever-changing landscape and from the perspective of Celtic, it is vital that we ensure we are at the heart of the action and at the centre of discussions regarding the development of the game.”

John McLaughlin was a member of Celtic’s first board. His desire was for the club to flourish and he made it his vocation to raise standards in the Scottish game, expelling amateurism. 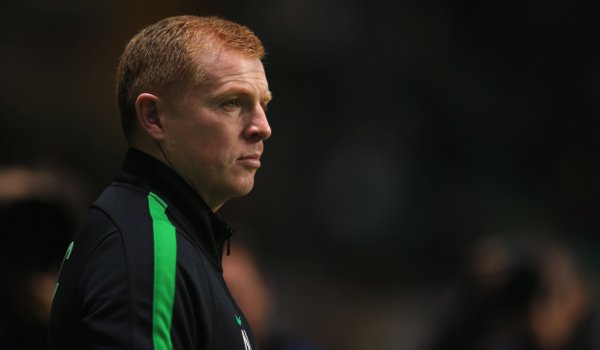 An articulate presence, he was elected president of the SFA and was an integral instigator in setting up a Scottish league, shifting the game’s profile from parochial to professional.

He was more than able to handle the opponents that stood in his way and contributed much to the organisation that Celtic would play a vital role in.

The future is as much a matter of urgency for Lawwell as it was for McLaughlin and as a club with a history of progression it is vital that Celtic move on from a league it has transcended.

David Low, who was closely involved in the financial take-over in 1994, said last week that McCann was one of the three biggest off-field contributors to Celtic’s history alongside Brother Walfrid and Jock Stein.

Stein’s mentality continues to influence the zeitgeist even now. He once pushed for Celtic and Rangers to provide reserve sides for Scotland’s lower leagues but the idea was rejected. The proposal was raised again at the end of the ’90s but to no avail.

Perhaps now more than ever it would be a credible move for Celtic. Undoubtedly there would be an appetite for it in Scotland and it would provide a much needed shot in the arm for football at regional levels and academies.

Playing in England would shift the landscape of British football beyond recognition. There’s no reason why Celtic couldn’t end up in the top four of an English league and imagine the domestic battles against the likes of Liverpool, Manchester United, Chelsea and Arsenal at Parkhead.

Last week Dermot Desmond suggested Celtic are the best performing club in Britain while raising the issue of Celtic’s modest television income: “If you look at the financial metrics between Celtic and other clubs in the UK, our performance, the balance-sheet performance and the performance on the field, I think, exceeds any other club, recognising that we are shackled by lack of revenues we have from TV and other comparable income that Premier League and Championship clubs get.”

Neil Lennon has revealed his desire is to manage Celtic in England. With his credentials and deep rooted connection he would be the only candidate worth considering to guide the team through such a transition.

Once again Celtic are the ambitious outsiders knocking at the door; it’s a position the club and its support relish.

Celtic have always pushed the boundaries of the environment in which they exist whether it be changing the structure of the game or succeeding at the highest level possible.

If they are granted the opportunity to play in England or elsewhere it will be a risk, but it’s one they seem destined to take.

See More: Celtic, One For The Bhoys, Premier League, Soccer