Tyrone clinch All Ireland title after tense clash with Mayo

Tyrone players, led by Frank Burns celebrate with the Sam Maguire Cup after their side's victory over Mayo in the All-Ireland Senior Championship Final

MAYO’S All Ireland woes continue after Tyrone beat them to take the All Ireland title in a tense final in Dublin. 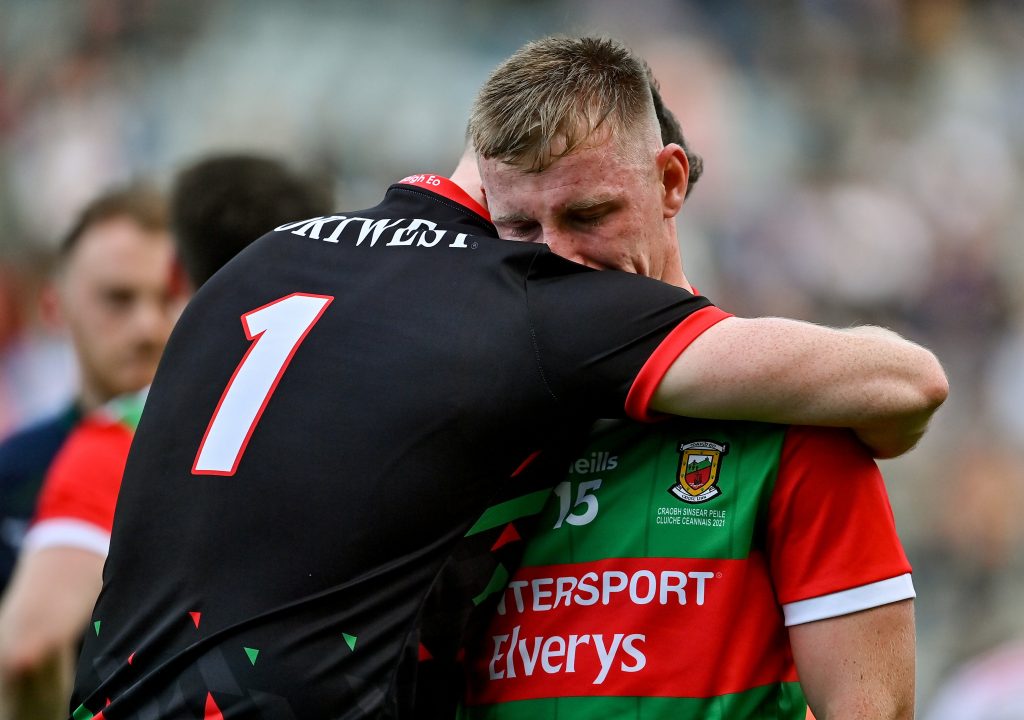 The teams, who lined out at Croke Park this afternoon, battled to the end, but it was ultimately Tyrone’s match – with the final score Tyrone 2-14 to Mayo's 0-15. 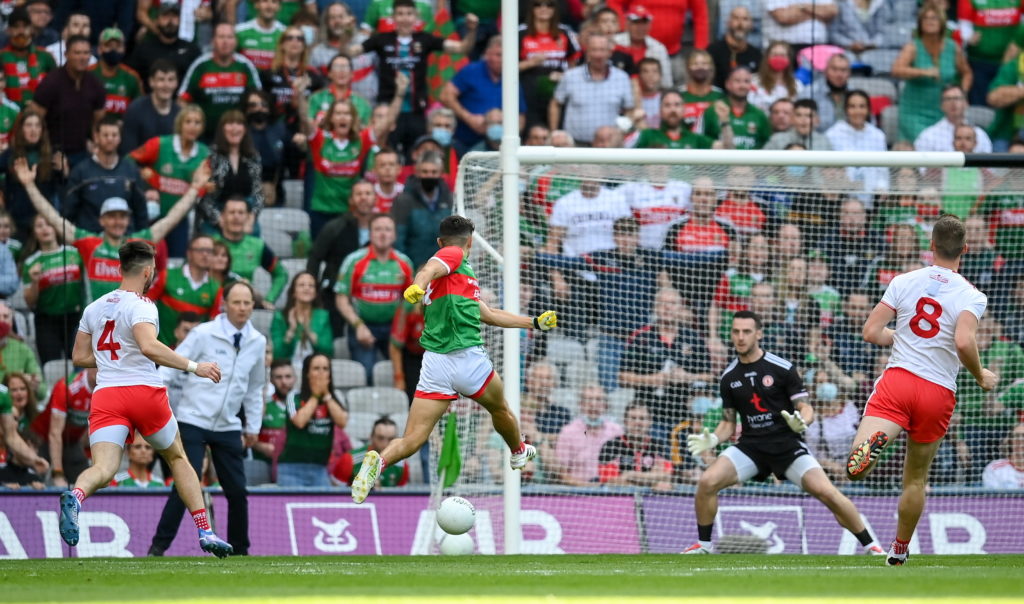 There was elation among the Tyrone fans as their side lifted the Sam Maguire cup for the first time since 2008. 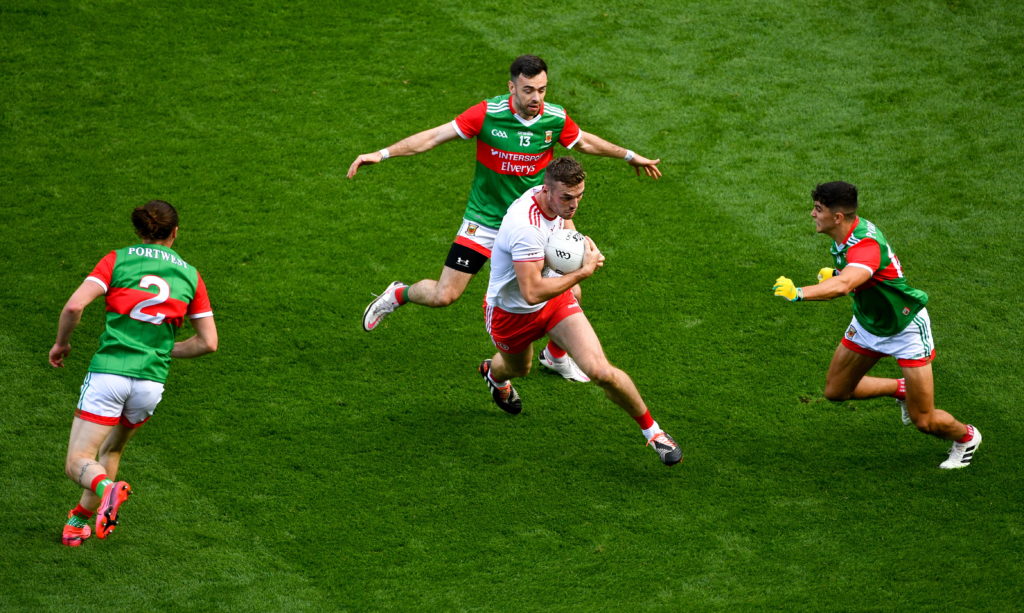 However the result meant the Mayo curse - which has allegedly dogged the team for 70years – continues. 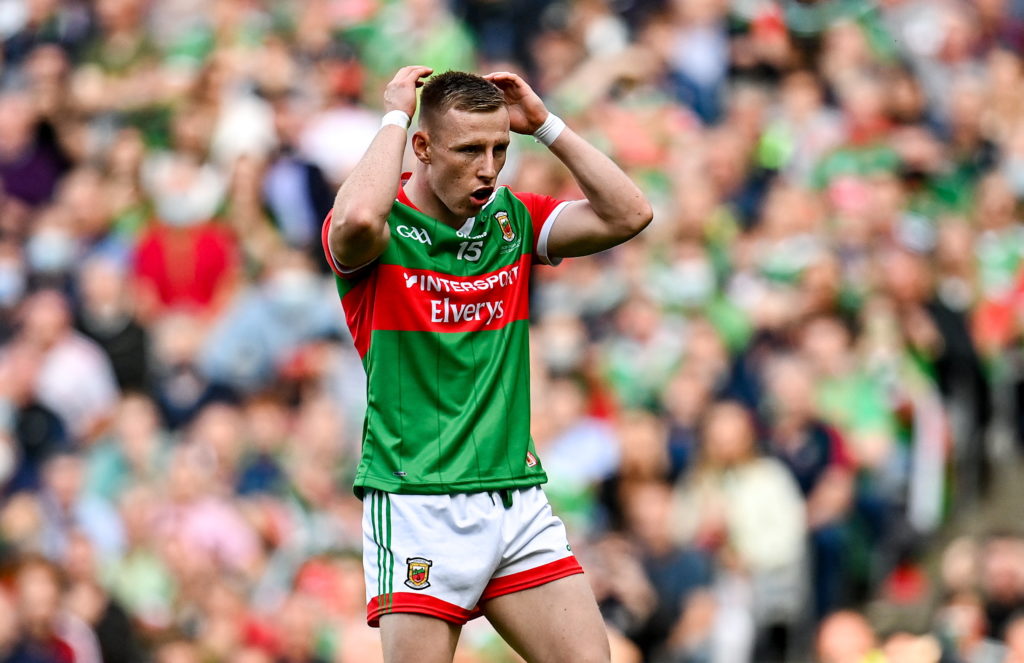 The western county have failed to win the Sam Maguire Cup since 1951. 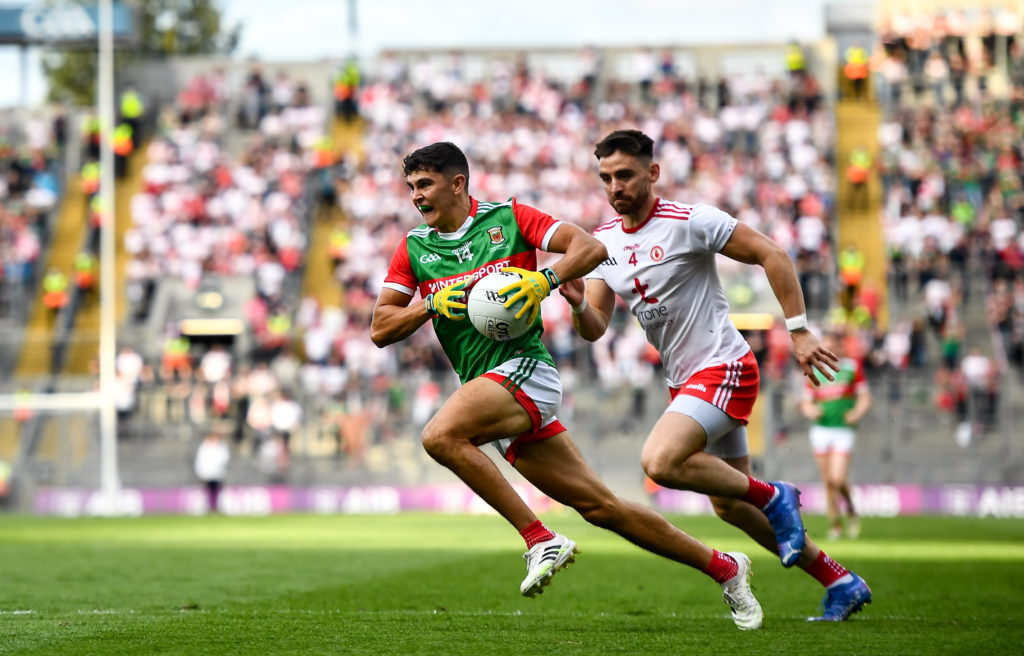 Tommy Conroy of Mayo in action against Pádraig Hampsey of Tyrone

Despite reaching ten All-Ireland Finals since 1989, Mayo have consistently lost out at the final hurdle. 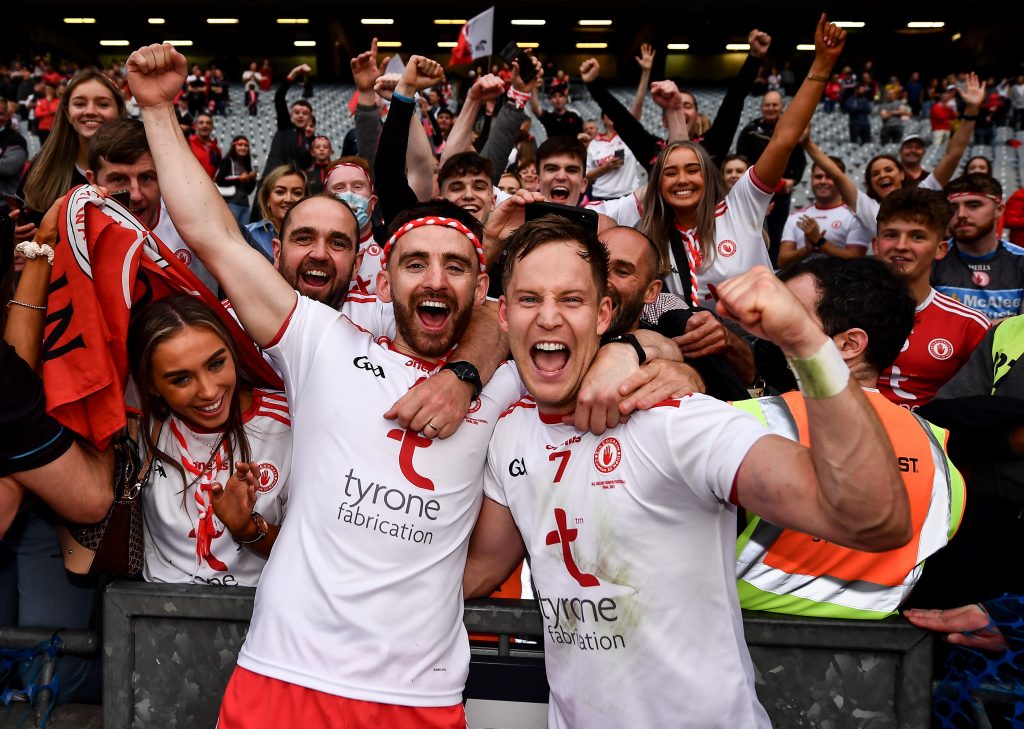 Pádraig Hampsey, left, and Kieran McGeary of Tyrone celebrate with supporters after winning the All-Ireland final

Many attribute their losses to a ‘curse’ placed on the team in 1951,  by a priest - or a witch, depending on which version of the story you've heard – who promised they would not win another championship until the last member of the 1951 team had died.