CELTIC saw their hopes of a domestic treble dashed as they fell to  2-1 extra-time defeat to Rangers in the semi-final of the Scottish Cup.

The Hoops took the lead after 64 minutes at Hampden Park when Greg Taylor's deflected shot found its way past Jon McLaughlin in the Rangers goal.

Cameron Carter-Vickers hit the crossbar shortly after as the Hoops looked to double their lead, but they were made to pay for their profligacy.

Scott Arfield's 78th-minute equaliser forced extra time and despite controlling the first half, Celtic were undone in the second period by an own goal from Carl Starfelt, under pressure from Fashion Sakala.

The cross for the winner came from defender Calvin Bassey, who put in a commanding performance for Rangers as they booked a first Scottish Cup Final place since 2016.

However, it was a disappointing result for Ange Postecoglou's side, who lacked the flair and confidence on show in their previous two derby victories this season.

Meanwhile, Rangers belied any concerns over their exertions in the extra-time victory over Braga in the Europa League semi-final in midweek by securing the win, despite going to extra time once again.

'We couldn't see it through'

After the game, Celtic boss Postecoglou suggested that the high stakes for both sides contributed to a less adventurous approach than that seen in recent meetings.

"It's hugely disappointing for us, it was a tight game, a typical semi-final," Postecoglou told Premier Sports.

"Both teams had moments; when it fell in extra time they took theirs and they ended up winning. 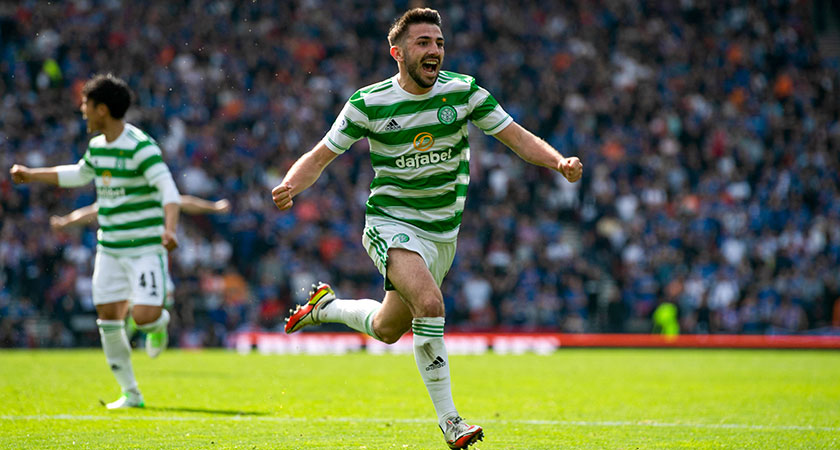 "That could have put the game away but it's just the nature of semi-finals, it's always tight — there's always moments where things can change and unfortunately we couldn't see it through.

"Neither side really dominated for great periods, it's the nature of a semi-final, there's a lot at stake and they tend to be games where people are afraid to make mistakes and it ends up being a bit of an arm wrestle.

"We just didn't have enough to get over the line."

Postecoglou has overseen a massive rebuilding job at Celtic since arriving last June, bringing in a raft of new players, eight of whom started against Rangers at Hampden.

They have already helped him secure a League Cup and are in pole position to regain the Scottish Premiership title.

A year ago, a possible domestic double would have been beyond the dreams of even the most optimistic Celtic fan, given their 25-point deficit in the title race.

Considering the turnaround in fortunes in such a short space of time, it's unsurprising that Postecoglou refused to criticise the players when quizzed by Premier Sports.

"It's not about being critical, you can be disappointed and not be critical," the Australian told the broadcaster. 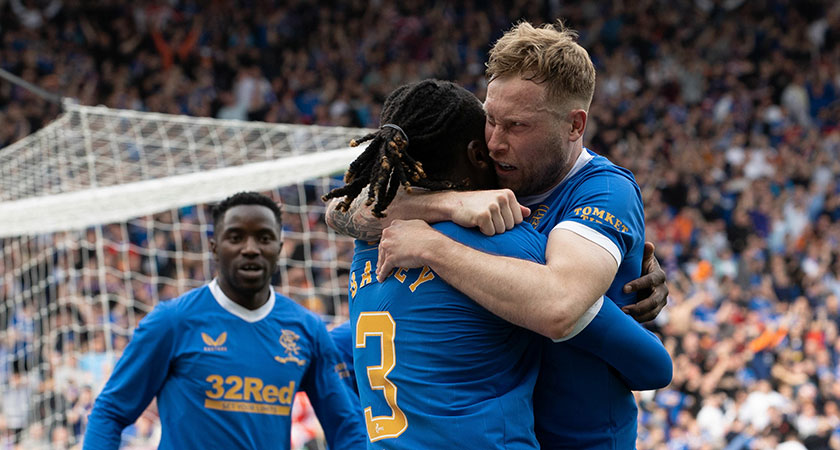 "It's just a disappointing day for us because it was an opportunity for us to get to a final.

"But I can't fault the efforts of the players — it was a really tight game, they took advantage of their moments and we didn't."

Rangers will meet Hearts in the Scottish Cup Final at Hampden Park on May 21.

Celtic, meanwhile, need three wins from their remaining five league fixtures to secure their 10th title in 11 seasons and a domestic double.

They travel to Ross County next Sunday, April 24, before hosting Rangers on Sunday, May 1.

After that, a trip to Dundee United is sandwiched between home games against Hearts and Motherwell.