Why brutal rugby collisions show sport must save itself from itself

THINGS appear to be perfect but they aren't.

After a World Cup where the excellence of the winning All-Black side was matched by the sheer size of Sonny Bill Williams' heart, the admiration we felt for the players who stepped beyond the boundaries of their courage was tempered by the effects the game is having on their lives.

Last week alone was a brutal one in the history of the sport with Wednesday bringing us news of Felix Jones' retirement.

At 28, the former Munster and Ireland full-back is on the search for a new career, his old one brought to an abrupt and frightening end when doctors told him his neck was unable to withstand the physical pressures of the professional game.

While Wednesday's child was full of woe, Thursday's was all about Tommy Bowe. Removed from the fray during the first-half of Ireland's painful World Cup quarter-final defeat to Argentina, Bowe discovered the extent of the damage to his knee a week ago when he was informed that he wouldn't play again this season.

Next came Friday and Peter O'Mahony's diagnosis. He, remember, was withdrawn from the action a week prior to Bowe, injured against France. O'Mahony is unlikely to feature again this season.

Paul O'Connell and Jared Payne might – but both sustained season-threatening injuries in the World Cup, just as Tommy O'Donnell (remember him?) did beforehand.

Remember too that by the time Wales exited the competition, eight of their players had left before them, among them Leigh Halfpenny, Jonathan Davies and Rhys Webb – three of their stars.

Misfortune was spreading. Last Saturday, it was Australia's turn to feel the hurt, with two of their starters, Kane Douglas and Matt Giteau, forced out of the action before Nigel Owens had even the chance to blow his whistle for half-time. If this is modern rugby then give us back the old version.

"Something certainly needs to be done," agreed Eddie Jones, who coached Australia to the 2003 World Cup final and Japan to this year's thrilling and surprising victory over South Africa.

"Rugby is going in a dangerous direction; players are getting bigger and stronger and faster and the field is staying the same size," said Jones.

"Defensively, you have 14 or 15 players on their feet, where in days gone by there would be two or three laying on the ground. Something needs to be done to make it more fatiguing. The problem is the power is there the whole game.

"You have 15 players and you can replace half your team. You replace one guy with 125 caps with a 23-year-old who can run like the wind. There is no space in rugby so collisions become more important. Rugby now is a collision sport."

And a brutal one. This season is barely three months old and already Munster and Leinster have both lost their captains, Kevin McLaughlin forced to retire just before a World Cup that Marty Moore and Andrew Trimble didn't make – largely because of injuries picked up in the pre-season 'warm-up' games. 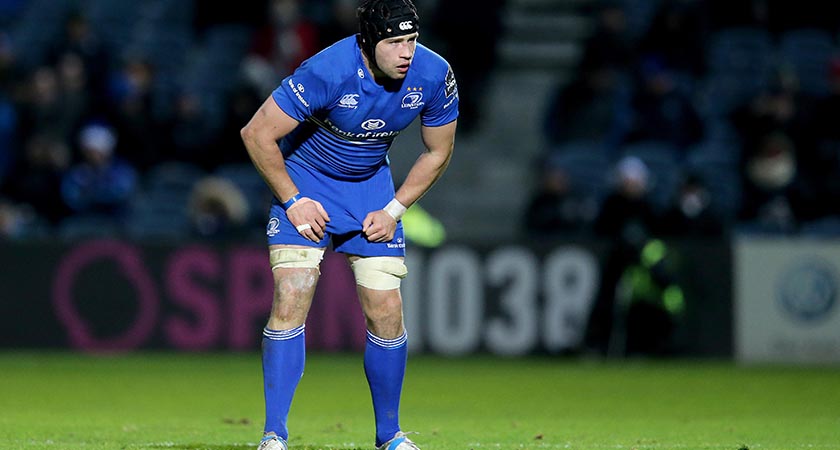 Yet at least, in McLaughlin's case, there is evidence that rugby is starting to protect its players from themselves. He, after all, picked up what appeared to be a routine head injury in a Pro 12 game for Leinster in Edinburgh and was quietly referred to a concussion specialist.

Ten days later he announced he had to quit.

"The important thing is the care Leinster are showing to our players," says Leo Cullen, their head coach. "The tough thing is obviously that Kevin has to retire long before he wanted to. But there is a long life ahead for rugby players when their career ends. You have to be mindful of that."

And, Jones argues, the game's governing body, World Rugby, need to be mindful of the need to change.

"Those in charge have to find a way to make the game more fatiguing," he said. "The ball needs to be in play for longer periods. It is an 80 minute game but sometimes the ball is in play for just 27 minutes – so the longer it is in play, the more fatigued players become and the more space that opens up. There is a solution but we are never going to take collisions away from rugby."

However, parents are starting to take rugby away from their children.

In her book, Tackling Rugby: What Every Parent Should Know, Allyson Pollock, whose son suffered a broken nose, broken leg and broken cheekbone in a teenage rugby career, outlined how 70 per cent of schoolboys in first and second teams suffered a serious injury: concussion, ligament damage or a leg break during their schoolboy careers.

At professional level, the differences between the physiques of today's players compared to those who participated in the first World Cup, 28 years ago, are staggering. Today's backs appear more muscular than yesterday's forwards.

Statistics back up the anecdotal evidence with a report in the Guardian last year highlighting how international players weigh 10 per cent more than they did in 2000 and have developed their sprinting techniques to become, on average, five per cent faster.

The end result is more high-speed collisions and worsening injuries. Where this all ends, however, is anyone's guess. In American Football, over 4,500 players sued the NFL last year for their inability to treat concussion seriously, forcing an out of court payment of £500 million.

World Rugby must be looking at those figures with serious anxiety, hence why they have finally got their heads around concussion in the last 12 months, hence why Giteau was bluntly told to leave the field against his wishes last Saturday.

Yet is rugby really tackling its biggest issue, the health of its players? The authorities will passionately argue they are. The truth, however, is lying on the medical table.

Just when the game has reached levels of popularity it could only have once dreamed of, it's in a more perilous state than ever.