The city of Bristol impresses on all fronts

AFTER my last column devoted to London, this one continues the ‘Adventures of an Irish exporter in the UK’,  by taking us to the city of Bristol.

When I initially started opening up channels to export to Britain, I would go to London once a month. I now visit on a weekly basis. But I have been to Bristol three times recently and on each occasion I was very impressed by the city.

The first time was to act as an MC for an Enterprise Europe Network ‘Trading in Ireland’ conference. It was a great day, full of the energy that I have come to feel is characteristic of Bristol.

UKTI offered attendees of that conference the opportunity to participate in a trade delegation to CorkMEET last April, which was a three-day business event as part of the Gathering in Cork with a view to building trade links between two key regions.

On my second visit I delivered a keynote at the Women Outside the Box festival, a heart-warming event full of female-led micro-businesses and SMEs. I found the artisan food stalls, extremely hard to resist. Hotels and corporates, as well as services, were well represented, and there was a constantly-busy pampering zone.

But the event wasn’t just about feeling good; it was also about doing well in business and being serious about it. There were five workshops, presentations and speeches taking place each hour, with over 600 attendees and 100 exhibitors.

The atmosphere was warm with widely varied content and a common goal of boosting businesses for the betterment of the wider area.

Bristol has a real sense of community with people looking out for each other and sharing things they like or have benefitted from with their friends and contacts. I felt a remarkable willingness to collaborate, promote and work together.

The third time I was back to deliver a briefing about ‘Opportunities for Growth in an Uncertain Economy’ for the clients of Morgan McKinley in their Bristol office. The fact that the Irish-born global recruiter has an office in the South West is evidence that they too see strong potential in the area.

Bristol is definitely one to watch.

Construction has begun on a new office development and this is going to be the first new supply of high quality space since 2007 outside the Thames corridor or Manchester and there are more in the pipeline.

If you divert from commercial to residential property, Savills recently quantified expected net initial yields of 6.3 per cent nationally in 2013-14 for buy-to-let investors.

The ‘Help to Buy’ scheme as well as the beginnings of an economic recovery appears to be pushing property prices up. Bristol is proposed as one the regional hotspots to offer such opportunities. 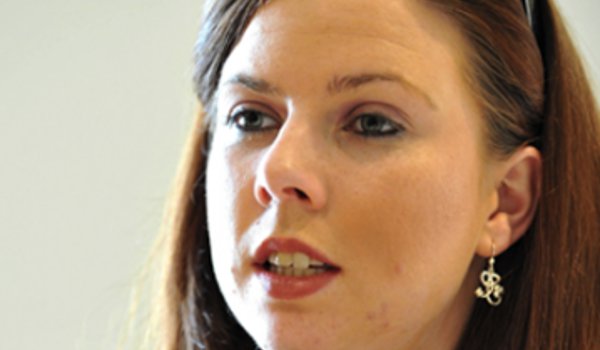 On a non-economic note, I have to add that Bristol is a beautiful city, and so is the area around it. The venue for ‘Trading in Ireland’ was in Leigh, a part of the countryside that exudes a typically English charm.

The WOTB festival absorbed the entire Arnolfini complex, which gave a panoramic view of the harbour sunrise from my 13th floor hotel room.  Seeing the whole landscape at my feet bathed in the warm red glow of the rising sun truly was a sight to behold.

Bristol has such natural assets, that it isn’t difficult to understand how the leisure and business tourism industry in the area is worth over £1billion to the economy.

Bristol is under an hour away from the Welsh border and the city is going to become even more accessible in the near future from the eastern side of the country.

Due to the proposed £700million electrification of the Great Western Main Line between London and Cardiff, this development could cut the average journey time from Temple Meads to London Paddington by 20 minutes.

While recently discussing with a British-based colleague where we would hold our next meeting, we settled on Bristol.

And I’ll be happy to be back.

Given that there are active business organisations, like UKTI and Enterprise Europe Network as well as a “let’s see what we can do”, the area is poised for growth.

I’m eager to build on the contacts I made on each of my trips and as we are currently planning our British development strategy for 2014, Bristol will be well represented.

Susan Hayes is Managing Director of Hayes Culleton and the author of The Savvy Woman’s Guide to Financial Freedom and the The Savvy Guide to Making More Money. Follow her on Twitter at @SusanHayes