IN hindsight, it seems hard to believe that towards the end of last year COVID-19 seemed to be an illness that was only affecting other parts of the world, far, far away.

But by February it was creeping ever closer and in March it hit with a vengeance.

The cataclysmic changes it has brought to every area of life have been, to use a now well-worn phrase, unprecedented.

But one area that may not have received quite as much focus as the others is on the world’s major currencies.While this might not be totally unexpected, some of the effects have been a little more surprising, as we shall see.

We will discuss below all the elements impacting the fluctuation of currencies such as the immediate effects of the pandemic, Brexit, the US election and many external factors. 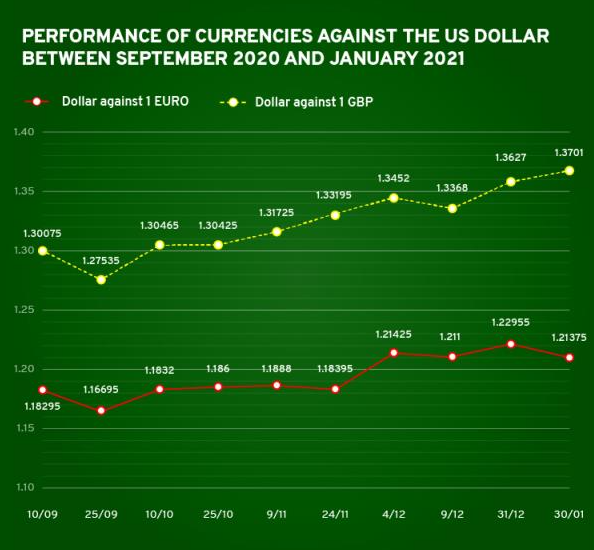 Along with the value of stock markets all around the world, when COVID-19 first made its appearance, the value of sterling against the US dollar fell to an instant 35 year low. More relevantly for Ireland, its value against the Euro also dropped sharply. 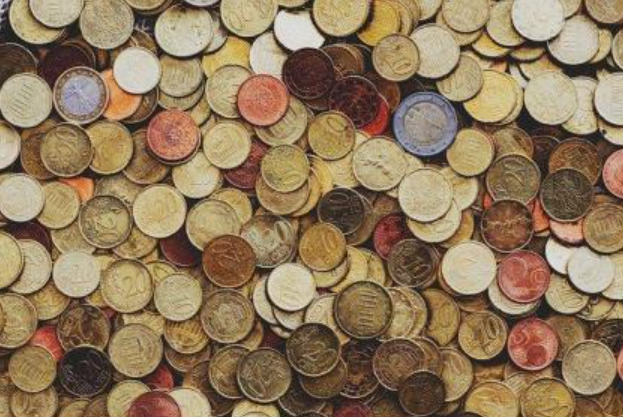 The Euro, on the other hand started to fare rather better, and this was for a couple of reasons. Firstly, the UK has always had a larger trade deficit than the Eurozone making sterling a less robust currency than many others.

In addition, the Euro suddenly became one of the principal funding currencies for the huge loans that various different governments were forced to take out to avoid a complete collapse of their respective economies.

Looking over to the other side of the Atlantic, the US dollar also experienced something of a boost. Because of the country’s sheer size and economic clout, it’s often seen as a safe-haven in a time of crisis even, it seems, when many feel it has been contributing to that crisis.

America’s Canadian neighbours have had a less good time with the value of the Canadian dollar falling and the Bank of Canada having to intervene in a number of ways, including cutting its interest rate to 0.25%, to protect the currency. Australia, on the other hand, has seen its dollar thrive thanks to its close links with the economies of the Far East.

The Japanese Yen recorded high rates at the beginning of 2020 compared to the US dollar. However, it is now holding rates at a record low, which can be promising to maintain assets and to place itself in a firmer position against the US dollar. Predictions for 2021 remain uncertain as the threats of the pandemic still remain. 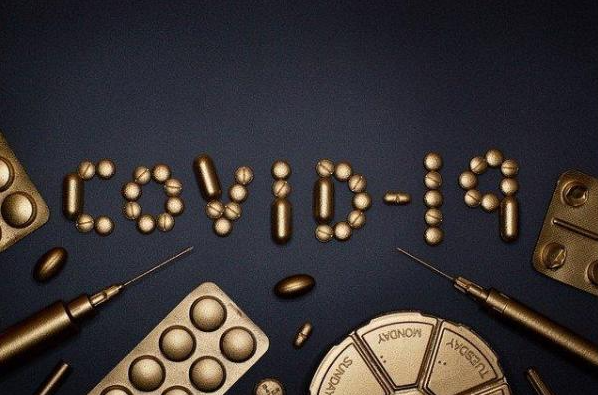 Although it has been COVID-19 that has monopolised all the attention when it comes to the currency markets, it’s important to remember that a number of other factors have also been at play. The main one is the imminent exit of the UK from the European Union.

Following the original referendum result in 2016 there was a sudden decline of around 16% in Sterling’s value against not just the Euro but the US dollar too. Now, over four years later, Sterling is still weak, a situation that is unlikely to change until there is a clearer picture of what trade deals a post-Brexit UK will be able to strike.

This period of currency fluctuation has presented a number of opportunities for traders in currencies on the international foreign exchange (forex) markets. This, in turn, can have an effect on the values of currencies with the value of those being bought heavily tending to rise and less popular ones falling.

In recent years, a spate of new online sites has brought a huge number of new investors onto the scene, attracted by the comparative ease of doing this. This is in contrast to the older method of currency dealing in which brokers had to be directly involved making it a far more complex, and expensive business. But now, it’s a process that’s simple and possible to carry out virtually wherever there’s a connection to the internet.

The eToro platform offers an extensive guide and analysis to trading currencies, with valuable information on how to trade them, as well as all the different elements impacting this market. This analysis provides detailed research of the currency market, helping to transform beginner investors into professional traders.

However, there are a few steps to consider when investing in currencies on a social trading platform such as:

With regards to the broader picture of currency fluctuations and what this means for economies in general, there are a number of direct, and less direct, effects.

Arguably, the most significant of these is the influence it has on determining the overall monetary policy set by the country’s national bank. For example, it can influence the setting of the base interest rate with the knock-on effect is changing the cost of borrowing or rewarding savers with more attractive rates.

Other consequences can include inflation, which represents a decline in trading those currencies reflected in an increase of the price level. On the contrary, it also can be impacted by deflation, which means that the overall level of prices is decreasing, and the amount of trade is increasing, which decreases the overall demand. Social trading platforms can affect the currency market depending on the amount of investments people make and the demand for those, therefore causing inflation or deflation.

The impact of trade on currencies 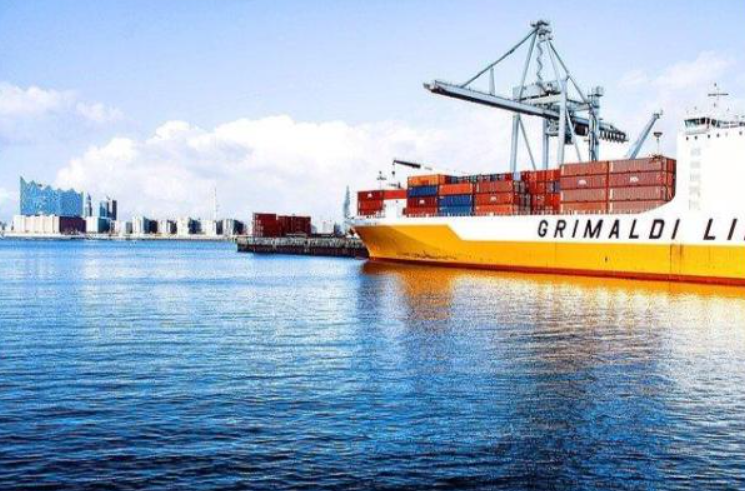 In terms of trade, a weak currency creates conditions that are less favourable for imports, but which makes it better for businesses that export goods and services to countries with stronger currencies. This then leads to an increase in the Gross Domestic Product - a measure that is often taken as a sign of an economy’s general health. According to Trading Economics, Ireland’s GDP in 2019 reached a level of nearly 389 billion US dollars, an increase of nearly 6 billion compared to 2018, which proves the Irish economy’s general health.

While the world is still a very long way from being able to return to normal, there are definite signs that there may be light at the end of the tunnel. The announcement that a number of vaccines may be available by the Spring of 2021 saw both shares and currencies see an upturn. Similarly, many questions about Brexit will have been answered and there will be a new President in the White House which could well have similarly positive effects – but only time will tell.