A young Dervla Murphy in Barcelona

I WAS told I might get a berth on an Estonian cargo ship that was sailing from Bergen to Oslo.

Factoring in layovers at Bergen I would arrive in the Norwegian capital in just over 36 hours. I might be able to hire a car there and drive to somewhere like Ostend or Rotterdam.

There I could get a ferry to England, and thence home to Ireland.

It was a novel journey, and one I’d never contemplated before.

My alternative was to take a train to Murmansk, and thence to Archangel. From there I would be able to reach St Petersburg and use its international railway station.

I opted for the cargo ship and got home after being on the road for a week. I’d only been in my destination, the town of Trondheim, for two days.

This happened during the ash cloud disruption caused by the 2010 eruptions of Eyjafjallajökull in Iceland.

I ended up writing sentences such as the above, that I had never dreamed of before.

But today the ash cloud crisis appears like a golden period compared to the Covid-19 crisis. Goodness knows what hitherto undreamt-of sentences will be written about this pandemic.

So, with a little time on my hands, and reminiscing about the good old days of being stranded in Norway, I thought I might look into the history of ferries.

It seems that the profession of ferryman is embodied in Greek mythology as the boatman who transported souls across the River Styx to the Underworld. I think most of us could identify with that as we’ve waited at Dublin Port for the ferry to Holyhead.

Further ferry reading uncovered a curious fact — at the age of 26 Ho Chi Minh was employed as a pastry cook on board the Newhaven-Dieppe ferry in the years following the First World War.

The North Vietnamese revolutionary was at one time responsible for the bread rolls consumed by hungry lorry drivers.

But this set me off on a fecund train of thought.

What ages were other ferrymen, travellers, explorers, pioneers when they achieved significant landmarks in their life?

Aged 10:  Travel writer Dervla Murphy gets a second-hand bicycle and a second-hand atlas for her tenth birthday. As one of Ireland’s finest travel writers, she later describes the country (in the 1970s), saying: “I remember arriving home from Baltistan and feeling that I’d come from the Third World to some dotty Fourth World consisting only of Ireland.” 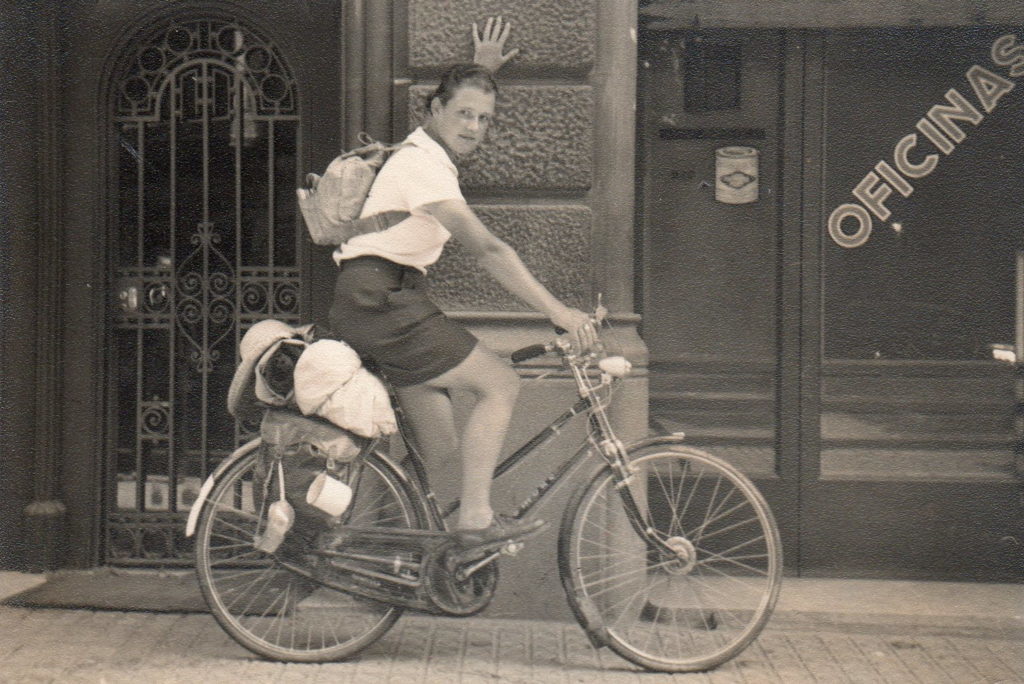 A young Dervla Murphy in Barcelona

Aged 25: County Down man Harry Ferguson takes to the air in Ireland’s first powered flight, in 1909. The Wright brothers (see below) had already checked in on their flight in 1903. But Harry was largely unimpressed with flying. Instead, he switched his attention to tractors, perfecting his famous ‘three hitch system’, necessary in the tight drumlin terrain of County Down. Perhaps had he hailed from a flatter county we would today be flying about in Ferguson 747s, and farmers might be using Massey Boeing tractors. 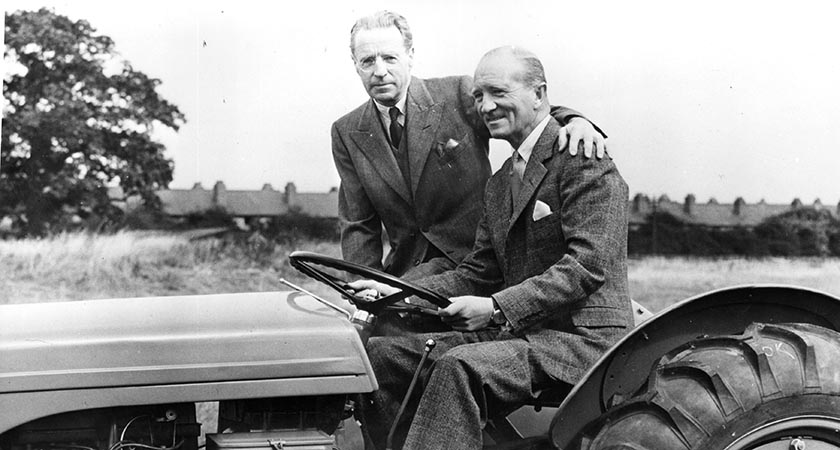 Aged 32: Orville Wright pilots the world’s first aeroplane, in 1903. His inaugural, no-frills flight is only 120 feet, about half the length of an Airbus 380 wingspan.

Aged 37: Jacques-Étienne Montgolfier (37) and his brother Joseph-Michel Montgolfier (42) invent the first practical hot air balloon. When they first ascend, in the 1780s, they burn cow dung as their fuel. They believed, not unreasonably, that it was the smell which propelled them into the air. After all, who among us has not woken from a night on the tiles with breath strong enough to knock down a telegraph pole?

Aged 38: Astronaut Michael Collins is at the controls of the command module on the Apollo 11 lunar mission. Collins orbits the moon, and for a time, as he reaches the dark side, is the loneliest man in the Universe. 250,000 miles from the Earth, he is the ultimate Designated Driver. 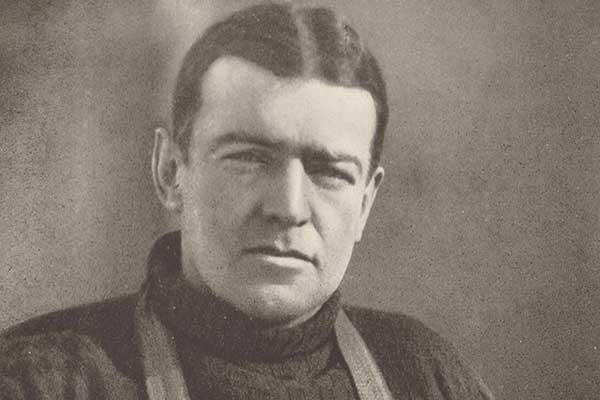 Aged 39: A Kildare man places an advert, according to legend, in a newspaper: “MEN WANTED for hazardous journey, small wage, bitter cold, long months of complete darkness, constant danger, safe return doubtful, honour and recognition in case of success.” This is reputed to be the advert 39-year-old Ernest Shackleton placed in a newspaper prior to his expedition to the Antarctic. Sadly, no record of the advert has ever been tracked down.

Aged 40: Redmond O’Hanlon’s account of his travels between the Orinoco and Amazon rivers is published in 1988. The book opens with a list of dire local perils likely to be encountered. But the 40-year-old O’Hanlon is well used to extraordinary encounters. He has even suffered very direct sexual advances from a female orang-utan ("her hair was so soft . . . I still dream about her now and then"). That’s the kind of thing this column likes to read — something that you can’t imagine David Attenborough ever saying.

Aged 41: Ian Fleming holidays in Jamaica with a lady friend in 1948. While there he purchases a copy of Birds of the West Indies, by the ornithologist James Bond. The woman friend is the formidable and alluring Blanche Blackwell, who died in 2017, aged 104. But she lived long enough to, amongst many other achievements, give business advice to U2’s Bono, whose career was launched by her son, Chris Blackwell, the founder of Island Records.