HILLARY FANNIN’S The Weight of Love has been announced as the winner of the 2020 John McGahern Annual Book Prize.

The prize, which is worth £5,000, is awarded annually by the University of Liverpool’s Institute of Irish Studies for the best debut novel or short story collection by an Irish writer or writer resident in Ireland published in a given year. 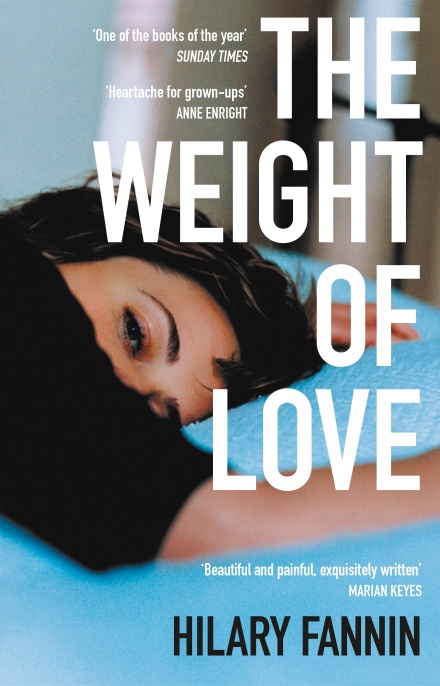 The three-book shortlist comprised of: Niamh Campbell, This Happy; Hilary Fannin, The Weight of Love; and Cathy Sweeney, Modern Times.

The winning entry was chosen by Colm Tóibín, Chancellor of the University of Liverpool and one of Ireland’s most esteemed writers.

In his adjudication Tóibín remarked: “Fannin's characters are drawn with texture and shade so that their motives and feelings are both unpredictable and fully credible.

“There are moments in the books that are deeply impressive for their daring,” he added, “but what is most impressive is Fannin's ability to vary the tone of the book, to be at home in London as much as Dublin, to be in the 1990s as much as the world of now.”

The 2020 John McGahern Annual Book Prize was awarded for fiction published between 1 January and 11 December 2020.

The inaugural John McGahern Prize was awarded in the summer of 2020 to Adrian Duncan for his 2019 debut Loves Notes from a German Building Site (The Lilliput Press).

John McGahern, who was born in Dublin in 1934 and brought up in the west of Ireland, is the author of six highly acclaimed novels and four collections of short stories, a play, an autobiography and a number of essays.

His final book, Memoir, was published in 2005 shortly before John McGahern died in 2006.