Attracting hundreds of thousands of visitors to the host town, the event is due to return to Mullingar for 2022, back to where it all began in 1951.

With no Fleadh Cheoil for 2021, TG4 has commissioned Fleadhfest ’21 a series of programmes celebrating the 70th anniversary of one of Ireland’s most significant cultural events.

For the next five weeks, the Baile na hAbhann broadcaster will be Fleadh Cheoil central. 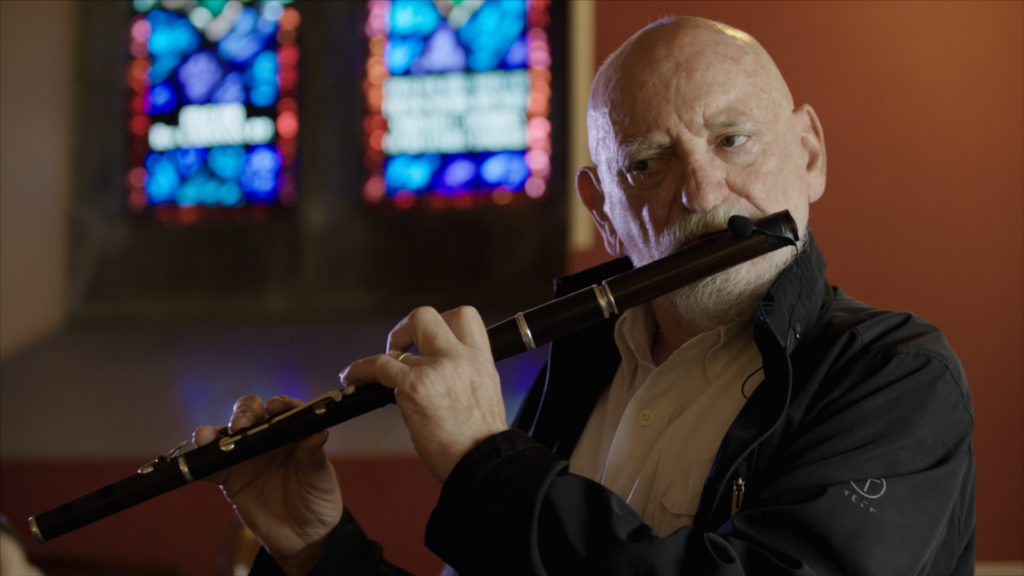 Presenters Daithí O Sé and Doireann Ní Ghlacáin will be taking to the four corners of the country, listening to the best of music, song and dance from across the provinces, and further afield, before landing in Sligo for ‘Fleadhfest na hEireann’ at the beginning of August.

The festivities began on TG4 yesterday, where viewers were treated to a wealth of musical talent from Leinster, including Finbar Furey, Jig Jam, Aoife Ní Bhriain and Sorcha Ní Scolaí.

Over the next three weeks Dáithí and Doireann will be travelling to Ulster – where they meet Bríd Harper, Nathan Carter, Naomi Smith, Connla and The Buncrana Allstars.

In Connacht performances are from The Foxford Ceilí Band, Matt Molloy, Daithi Gormley and Catherine McHugh and in Munster we have music from Noel Hill, Sliabh Notes, Tove Byers, The O’Gorman Family, Sean Ó Sé with Peadar Ó Riada before landing in Sligo for three consecutive nights of performances on August 6, 7 and 8. 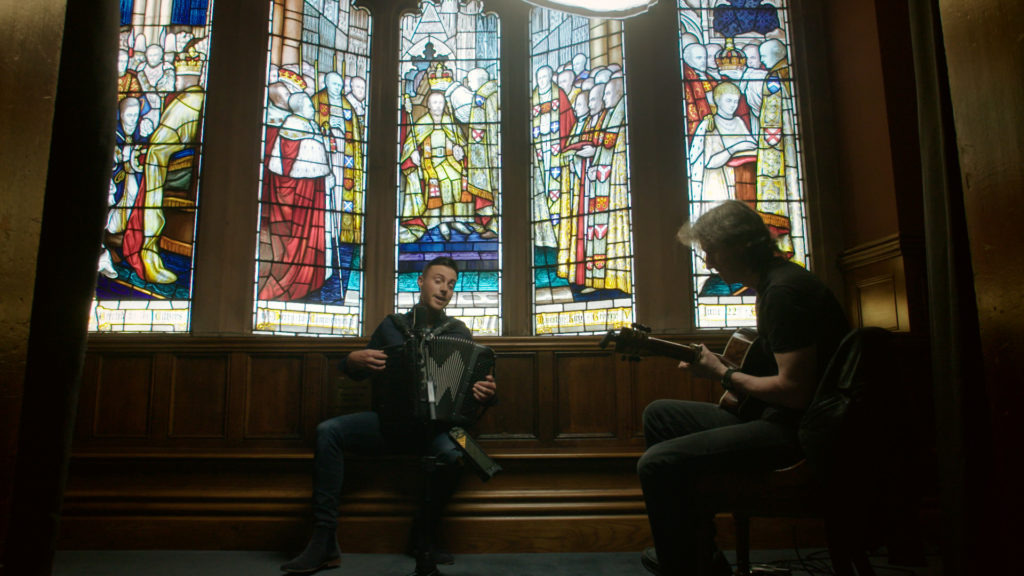 Nathan Carter and John Pettifer feature in the Ulster episode

Throughout the series, archive footage is combined with contemporary filmed material –the rich tapestry of old and new convey the deep-rooted connections to Irish music, song and dance in each of the provinces over the past century.

“Rooted in the tradition of the event Fleadhfest ‘21 will be engaging, unmissable entertainment for the hundreds of thousands of people who would, in any other year, have found themselves at the Fleadh Cheoil this August,” the organisers explain.

Produced by Power Pictures, the series began on July 11, 2021 and runs for the next three weeks at 9.30pm on TG4 Sunday nights. You can watch the first episode here.