‘ONLY the dead have seen the end of war’.

The most biting of all anti-war sentiments is often wrongly attributed to Plato, sometimes to other writers, but it is my belief that the words are more likely to have been those of George Santayana.

In Northern Ireland the phrase took on a distinctively sordid aspect, as people died for the most spurious of reasons, in the most squalid of circumstances.

There is much of what went on in The Troubles that is still unknown; what tore the country apart over three decades is hidden to an uncomprehending and largely uncaring world.

There is also much of what happened that is still nestling under the carpet, swept there by both the British and Irish Governments.

In this task, they were capably assisted with alacrity by Sinn Fein, together with the great enthusiasm of their Loyalist paramilitary counterparts.

This post-Troubles co-operation illustrates the need for a bloody large carpet under which to sweep the secrets of the Troubles.

It is the continuing legacy of grief for those whose loved ones were cruelly forced into premature graves.

Go tell those who were condemned to painful and debilitating existences by ruthless people and organisations that their grief is merely ‘a step along the road’.

The boutique terror organisations – both the recrudesced as well as the tailormade – considered the spilling of blood as but a cheap price to pay.

Any outrage, any expedient, in their pursuit of the impossible was to them a price worth paying.

Their currency was blood, just as long as it was someone else’s blood.

To the innocents who were killed in the lawful and morally correct pursuance of their everyday lives, they were the sacrificial lambs.

To the brave, dedicated upholders of law and order, it was death rather than community respect that was to be their reward. 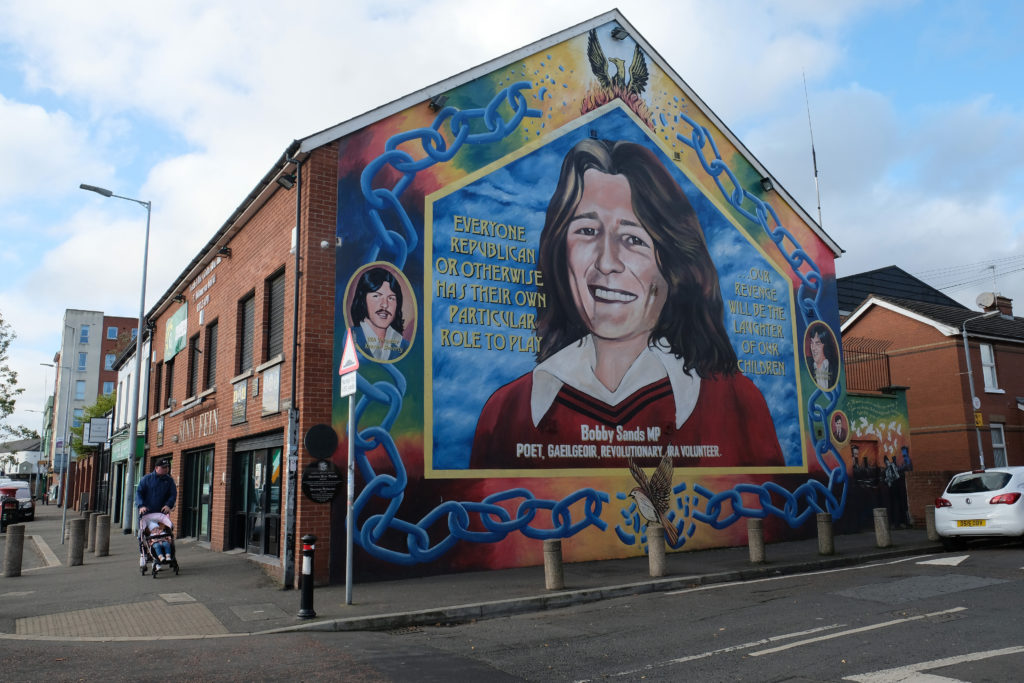 Finally, to the children, ripped from the innocence and purity of their young lives, it was the end of their dreams and hopes.

It may well be said, in this fledgling country, still a mere century old, that their citizens truly understand the statement that ‘only the dead have seen the end of war’.

It was originally intended that this book would deal separately with the victims of Republican terror and of Loyalist terror.

However, to have done so would be to perpetuate sectarianism beyond the grave; it would discredit the victims’ memories and their monuments.

Moreover, I will not segregate the victims in this book, as they have been done in Milltown Cemetery in Belfast or in burial plots the length and breadth of Ulster.

The civilian, military and police dead will have their stories told together; this book will eulogise the Catholic alongside the Protestant.

It will bring together those who suffer now, and indeed will suffer for all of their lives; it will unite in grief all who lost someone, quite regardless of the church at which they pray.

These are the words of the victims of terror.

Their words will be treated with empathy and support; criticism will only be applied to the perpetrators of terror and to those who seek to justify and apologise for them.

It will fully expose both the Republican and the Loyalist paramilitaries as they separately promote their false narratives in seeking to rewrite the history of The Troubles.

It will pull no punches about the obscene nature of sectarian murder, nor will it sugar coat or excuse the perverse logic, that killing an off-duty soldier or police officer could advance the cause of a united Ireland.

Conversely, it will expose the perversion of those who killed innocent taxi drivers solely in the cause of keeping Northern Ireland inside the United Kingdom.

The writer of this book holds the same opprobrium for both Loyalist and Republican murder gangs.

In addition to challenging their false narratives, I will condemn the killers on both sides of the sectarian divide; I will also challenge those who seek to justify, and even glorify, these heinous crimes.

This author feels a deep abhorrence that the paramilitaries of both sides can so easily dismiss the dead in the blasé manner that characterises their claim of legitimacy. 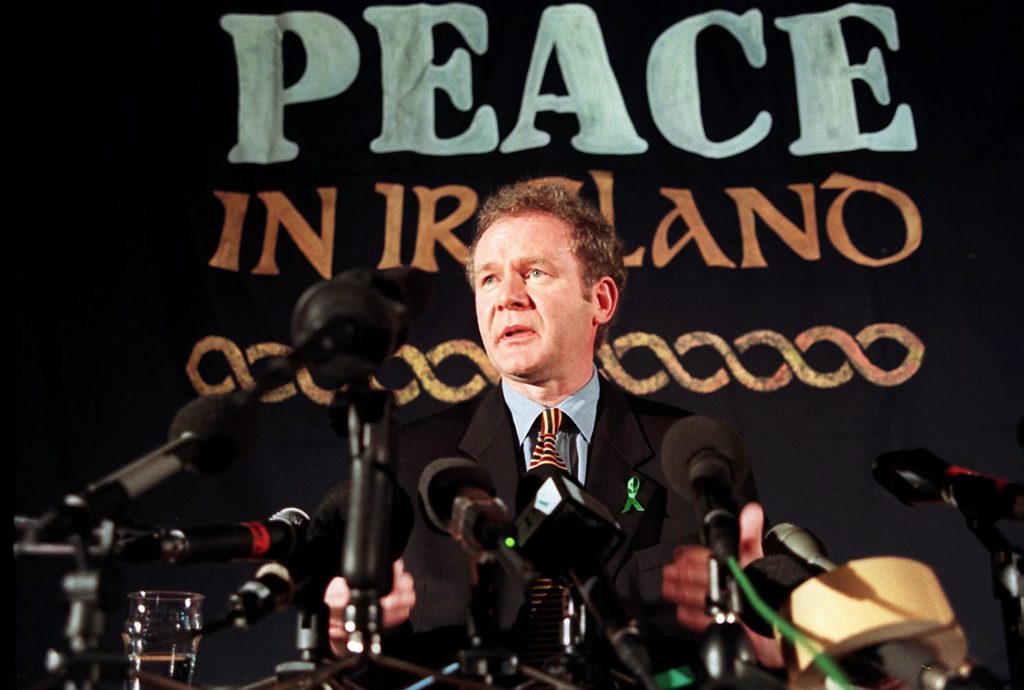 There is something quite immoral in finding justification in each and every terrible crime that they have committed; there are insufficient words in the English language to truly describe their behaviour.

To the Republicans of Sinn Fein, each bombing, each shooting, each death and each maiming was a mere sacrifice to the cause.

It contributed to the bigger strategy of driving the British into the sea, thus reuniting the island of Ireland.

Sinn Fein have consistently claimed to be the ‘political’ wing of the Provisional IRA and have persistently maintained that there is a separation between the two arms. This author is unable to detect any evidence of this claim, indeed he finds the two synonymous, or in the words of the idiom: two sides of the same coin. One former soldier told the author in a private interview: ‘You couldn’t get a thin sheet of paper between the two of them.’ Sinn Fein are well practised in the art of distancing themselves from the bombings and the shootings, while at the same time, performing an almost contortioned body swerve as they refuse to condemn the same activities.

The same lack of separation is also very obvious between the UDA and the UFF; they are manifestly synonymous.

Moreover, many of both the UDA and Sinn Fein’s leading lights are the very terrorists who perpetuated the same terror over three decades.

Republicans claim the moral high ground by drawing on two clauses of the freshly written Irish Constitution of 1921 to legitimise and morally justify their war of terror.

It is indeed disturbing that paramilitaries, of both sides, are able to self-canonise their campaigns of misery; their insouciance beggars belief.

Nor must it be overlooked that the leaders of the Loyalist factions, hiding behind the Union flag, displayed the same callous lack of regret, providing a self-righteous justification for the murders of innocent Catholic civilians.

Their consciences were apparently clear, as they claimed each and every sectarian murder as being an attack on a ‘legitimate target’.

The Loyalist raison d’être was plain: each death would help to punish the Catholics and turn them against the Republican paramilitaries.

Every atrocity committed by the Ulster Volunteer Force (UVF), Ulster Freedom Fighters (UFF), Red hand Commandos and Loyalist Volunteer Force (LVF) was a self-serving justification, the price of staying an integral part of the United Kingdom.

The accusation of insouciance applies equally to them. Both the Loyalists and the Republican terror groups performed a psychopathic pas de deux as they claimed to be the defenders of their respective communities.

Thousands of innocents received a life sentence at the hands of the terrorists; these are their stories.

Extract from To a Dark Place: Experiences from Survivors of the Troubles by Ken Wharton, published by The History Press, in January 2022, which can be purchased here