A NEW series explores the coasts of Ireland and Wales from beneath the water – revealing the incredible array of species that exist between those shores.

The landmark natural history series sees naturalist Eoin Warner take viewers on a breath-taking journey of discovery around these spectacular Celtic coasts, taking in the extraordinary hidden wildlife found from the shallows to the deep.

The filming took place in areas which have never previously been explored in such sumptuous detail – Ireland’s sunny southeast and the Welsh coast.

The camera team captured everything from blue sharks and basking sharks to Fin whales – all swimming and hunting off these Celtic shores. 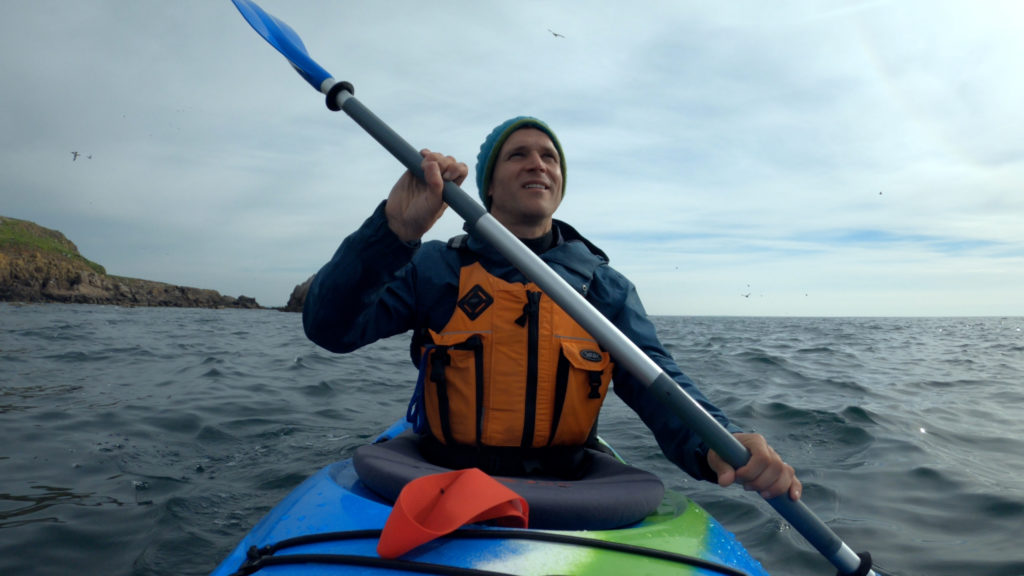 “From Wexford’s Saltee Islands, Eoin observes the guillemots - seabirds that can ‘fly’ underwater, and we also encounter the humble blenny fish getting washed-up – but the blenny can breathe on land,” a TG4 spokesperson explained.

“Our team has captured some remarkable and exciting new behaviours that have never been filmed in Celtic waters before: such as the courtship rituals of bottle-nosed dolphins as well as astonishing footage of basking sharks congregating off the Irish coast,” they add.

“Our dive team also filmed the wonders of the Celtic deep where we discover sex-shifting cuckoo wrasse, huge sea urchins, ancient lobsters and a giant conger eel, all hiding in a wreck.”

Series director Paddy Hayes explained: “Getting close to nature – especially given recent lockdown events - provides such a great escape for the soul.

“The Iontais na bhFarraigí Ceilteacha team captured some really breathtaking footage of our undiscovered coasts and some eye-opening behaviour of our best-known marine animals – and it is such a joy to know that all this occurs just off our shores.” 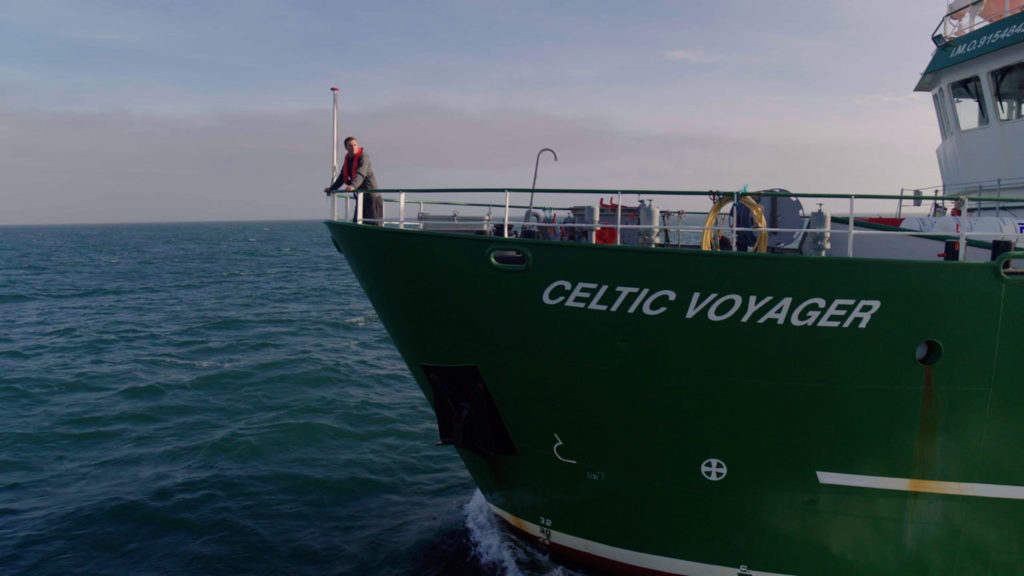 Eoin Warner aboard the Celtic Voyager

The three episodes are divided into three habitats - the shores, the shallows and the deep.

First episode, the Shores, sees presenter Warner, a native of Co. Cork, explore the marine animals that inhabit the coastlines of Ireland and Wales who need to adapt to this rapidly changing environment. He goes kayaking off Waterford’s copper coast, where he encounters curious Atlantic grey seals pirouetting around him.

The camera team follow the seals through a whole year, from their courtship to pregnancy and to the birth of a gorgeous white pup.

They also follow a pair of guillemots, bringing up their single youngster on a narrow rocky shelf.

The birds are forced to protect their chick from frequent aerial attacks by predatory gulls, until it’s time for the youngster to make the heart-stopping first leap off the cliff’s edge into the ocean. 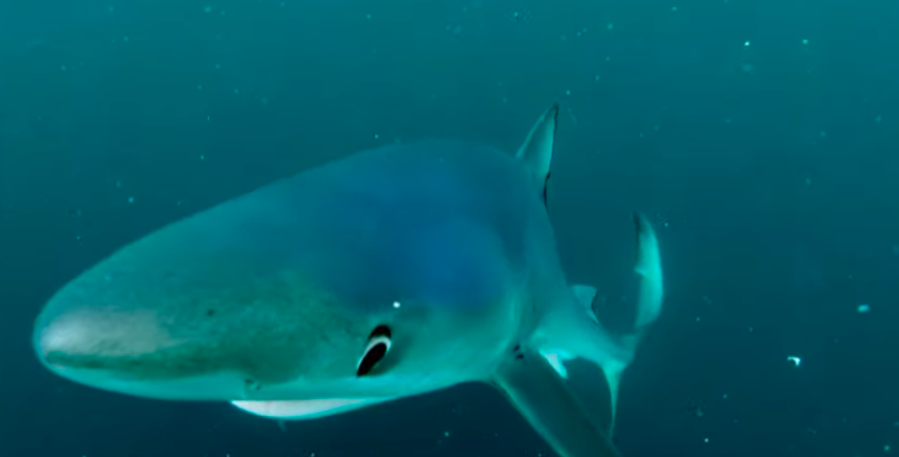 In episode two, the Shallows, Eoin goes skindiving in the shallow seas where he explores the seabed bursting with life and the camera crew go underwater to join a female catshark as she lays an egg called a ‘mermaid's purse’ deep in the kelp forest floor.

Final episode, The Deep, explores the charismatic animals of the deep Celtic waters - from the giant fin whale to the tiny microplankton that is responsible for 50 per cent of the air that we humans breathe.

Iontais Na bhFarraigí Ceilteacha is an Irish/Welsh BBC/TG4 co-production by Tua Films & One Tribe TV. The first episode airs on TG4 at 9.30pm on January 12. All episodes will be available to view on TG4 Player after broadcast. www.tg4.ie/en/player