Chasing Bono review: Heart-rending and hilarious tale of living in the shadow of the U2 frontman

A CAPTIVATING story of chasing fame, foiled ambition, what ifs and unfulfilled dreams is at the centre of West End comedy Chasing Bono.

Written by Dick Clement and Ian La Frenais, the production ends its successful festive run in London this Saturday, January 19.

Its writers, also responsible for the screenplay of hit film The Commitments, are quick to muse over the fact that neither is Irish or have ever been in a band yet have found themselves ‘back in Ireland, back in the realm of rock ‘n’ roll comedy', inspired by a book about ‘the price of fame and the cost of failure’.

Music journalist Neil McCormick’s memoir I was Bono’s Dopplegänger charts his real-life friendship with the lead singer of world-famous band U2. 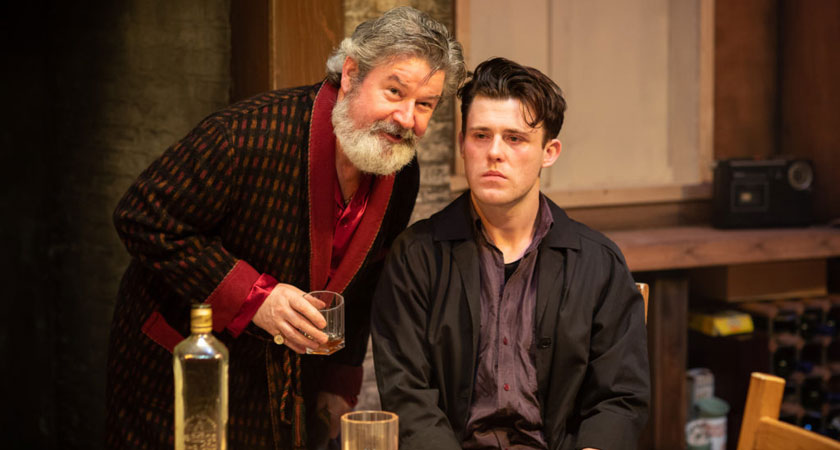 Their relationship has become the stuff of legends, not to mention a 2011 Hollywood film Killing Bono – a title McCormick explains was inspired by a joke suggesting he had soaked up all Bono’s bad luck in life and that the pair were in fact cosmic opposites.

“As a game obsessed teenager, I would have had no problem believing that one day my life would be the subject of a play. I just never imagined it would be a comedy,” he says.

The Sally Humphreys production comes with a charming bounty of Irish talent.

Meanwhile the storyline itself will ring true to many in the English capital ‘pursuing dreams and stardom in London’.

The story, set between Ireland and the UK, follows the lives of a young Neil McCormick and Paul Hewson, who would later become known to millions as Bono, as they both seek to make it in the music industry.

“Sounds like a dog biscuit,” McCormick’s character scoffs when he first hears of Hewson’s plans to rename himself and his fledgling band.

We are first introduced to an older and self-destructive McCormick, played by an engaging Niall McNamee, when he is at his lowest ebb and battling his inner demons.

Gaiety School of Acting graduate Shane O’Regan is completely convincing as Bono and spot on in replicating the rock star’s familiar characteristics.

Niall McNamee brings a soulful and poetic quality to the role of the protagonist, displaying his other talent as a musician and skilled guitarist by delving into McCormick’s old song collections.

The show sees McCormick stumble from fiasco to fiasco – such as booking a potential big-break gig on the same day as Live Aid – as he lives life under the belief that Bono ‘has it all’.

“No Neil, he has everything you ever wanted!” is the comeback quip.

Both heart-rending and hilarious, Chasing Bono is about having it all and having nothing.

It’s also for those who still haven’t found what they’re looking for.

WATCH: Bono and the Edge perform in Kyiv metro station