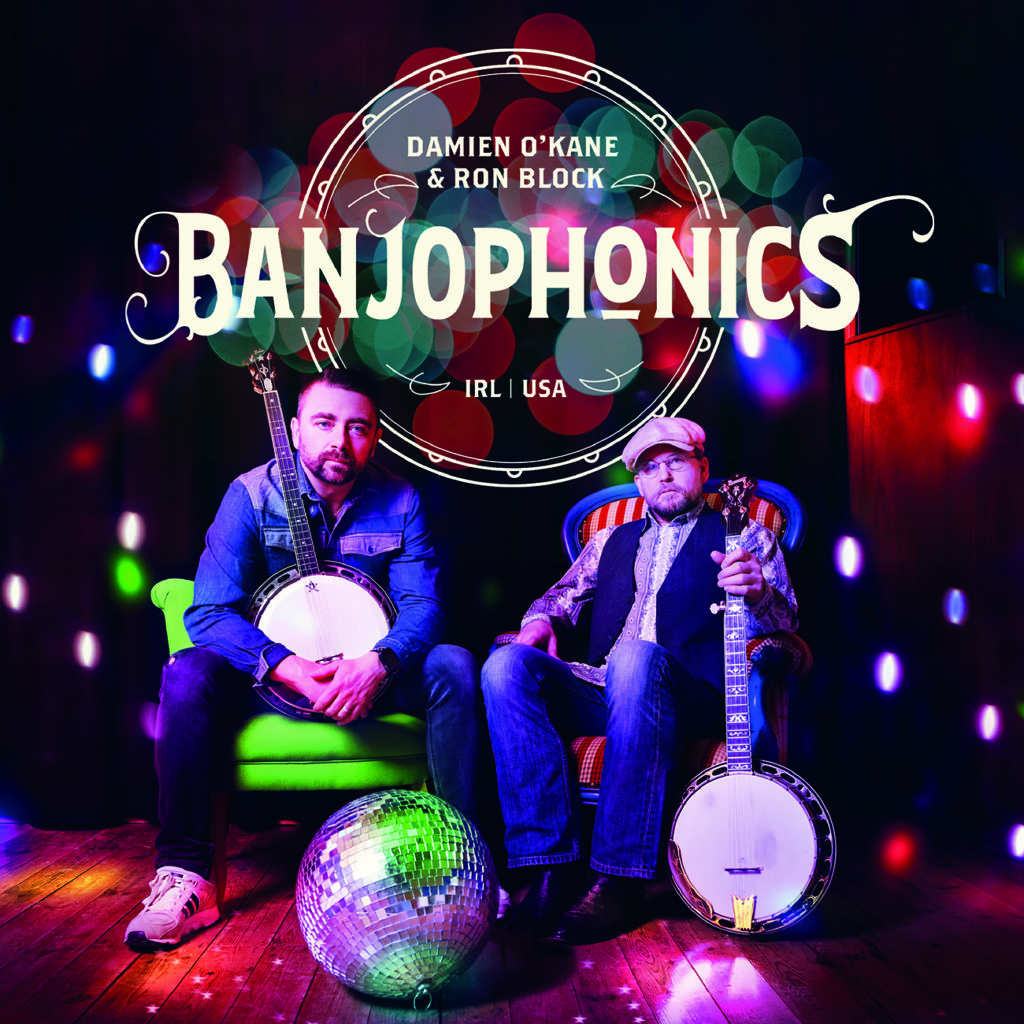 Block and O’Kane are widely regarded as two of the greatest exponents of the banjo, their transatlantic tune trading began in earnest in 2018. With two bold and acclaimed solo albums to his name – the 2015 BBC Radio 2 Folk Awards ‘Best Album’ nominated Areas of High Traffic and 2017’s Avenging and Bright, O’Kane thought it was high time to join forces with a musician he had long admired – Alison Krauss & Union Station’s banjo star and multiple award winner Ron Block — a musician with no less than 14 Grammy Awards and six International Bluegrass Music Awards to his name.

Banjophony was the result. This 2018 debut album met with widespread critical acclaim, collecting plaudits on either side of the Atlantic.

The second album has had a longer gestation period due to circumstances beyond the banjo world’s control: “It’s been a long while in the making. We began recording back in 2019 when Ron was visiting the UK to teach bluegrass banjo at the Sore Fingers Music School in the Cotswolds. We recorded six tracks at the Pure Records studio and another two on his return the following November, aiming to complete in April 2020 when Ron was due back in the UK again.

“Then COVID came along and closed the airlines so we put down the final five tracks remotely, on different sides of the Atlantic,” says O’Kane. “The title reflects the sound we think we make – it’s a definition of our music.”

Many words have been used to describe this unusual musical collaboration — captivating, joyous, exhilarating. They’re probably all accurate.

There are slow, reflective numbers too — as well as two songs, where O’Kane and Block showcase their contrasting, fine voices and also add backing vocals to each other’s track.

The album also features several guest musicians including the flute player Michael McGoldrick and the singer Kate Rusby — who is O’Kanes’ wife.

As in all his albums, O’Kane puts his family firmly in the frame in his original

This time around the album kicks with Taxi Driver, a tune inspired by his dad, Joe O’Kane – recognising the innumerable trips he made taking the O’Kane siblings to and from music lessons, football practice and nightclubs. He describes the family patriarch as “a top hurling player, soccer player and Gaelic footballer” who also navigated his way round the Circuit of Ireland car rally. Opening with sparse, plucked notes, the tune and tempo builds and blossoms, the banjo interaction fleshed out by guitar, double bass and drums before it slides into the jazzy Close Enough – the title coming from a particular tuning that lends itself to the phrase ‘close enough for jazz’.”

The album was released this week in July on the Pure Records label. The duo are currentlyon a 16-date gigs and festivals tour which will culminate at the Rusby family’s Underneath the Stars festival at the end of July.

An October tour of Ireland and Northern Ireland will follow. 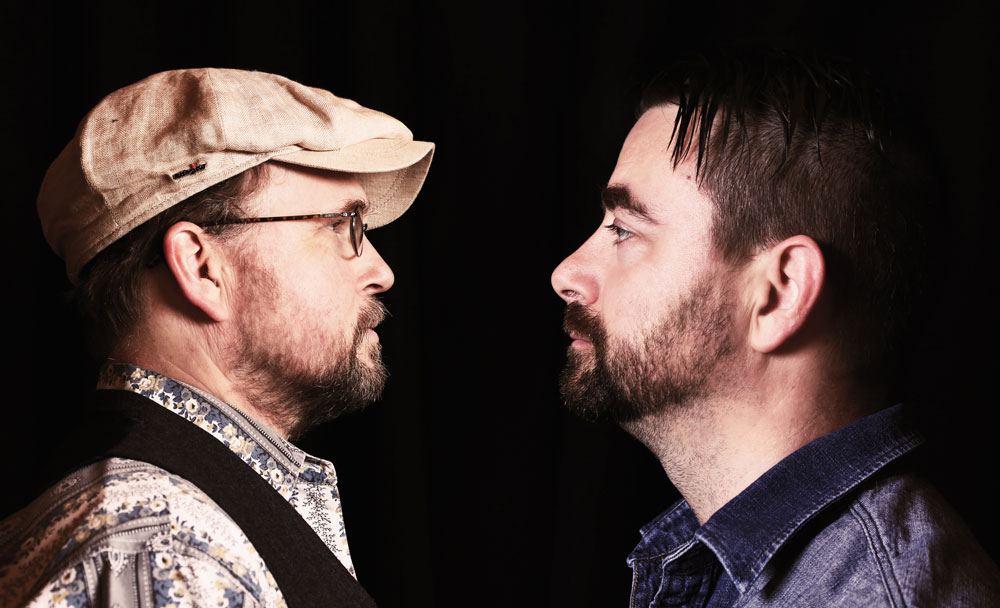 Although Block and O’Kane play different types of banjos — that many would regard as separate instruments — both versions have the same origin.

The banjo arrived in America from Africa via the Caribbean, where a form of the instrument was known as the banjar. The first mention of the banjo in the Americas was in the 17th century, but it wasn’t till the 19th century that it became commercially available.

The banjo was subsequently absorbed into the various cultures of the southern states of America — bluegrass, country, blues, jazz and gospel. But the banjo wasn’t played on stage by a white man until 1830, when a travelling minstrel called Joe Sweeney — of Irish extraction — plucked his stuff onstage. The banjo was subsequently introduced into Britain by Sweeney's group, the American Virginia Minstrels in the 1840s. Its popularity spread throughout the music halls, thence to Ireland.

Originally the instrument had four strings but possibly received a fifth string from Irish settlers in the Appalachian or Ozark regions of the southern States, in an effort to recapture the droning sound of the fiddle or the pipes the immigrants had left back home in Ireland. Sweeney claimed to have added the fifth string, but there is no proof of this.

The five string banjo is traditionally not used for playing melody — its tuning doesn’t facilitate this — but, like the guitar, is mainly used for providing chord accompaniment.

According to Dr Reg Hall, a globally recognised authority on Irish traditional music, Liam Farrell, a musician based in London since the 1950s, and Barney McKenna of The Dubliners were the two musicians who hugely popularised the tenor banjo in Irish music. Liam was the first person to introduce it into sessions in England, and is ultimately responsible for its wide adoption.

Even more appropriate for Irish music, it’s tuned in fifths – that is, the same as a fiddle or a mandolin..