“Who wants to see some ghosts?” an excited film buff asks a group of school children in Ivan Kavanagh’s The Canal, a scary movie about scary movies.

There have been many fine films produced that reveal film’s inherent ghostly qualities (it is a self-obsessive medium) and Kavanagh has added to them here.

Kavanagh is among the best of the crop of indie Irish directors that’s emerged over the last decade. A versatile and imaginative stylist, his movies offer expressive sound-and-vision mash-ups that stir the viewer’s visceral senses.

He’s recently made more conventional stuff with family dramas Our Wonderful Home (2008) and The Fading Light (2009), but with The Canal he’s back in the horror zone.

“I love the freedom of the genre,” Kavanagh says, “you can push things almost to breaking point.”

The Canal is a narrative about memory, about how it’s paradoxically both enduring and unreliable.

One day his colleague Claire (a fittingly pixie-like Antonia Campbell Hughes) hands him an archive clip marked with the laconic title ‘Crime Scene’.

On viewing, David is appalled to find footage of a blood-strewn murder scene.

He’s further shocked to notice the killing spree takes place in his own Edwardian-era home — a kind of heritage snuff-movie.

Unsurprisingly, the episode makes David feel somewhat fearful for the security of his family household, including his young son Billy (Calum Heath).

Having set up his premise, Kavanagh then uses a range of cinematic editing effects to create some truly blood-chilling moments.

When Alice goes missing and her lifeless body is found in a local canal, surely her death and the revelations on the archive film are connected.

David finds his sanity suffering under severe threat. His mental breakdown is depicted by a series of razor-cut visuals, slicing soundtrack and collapsing scenery. 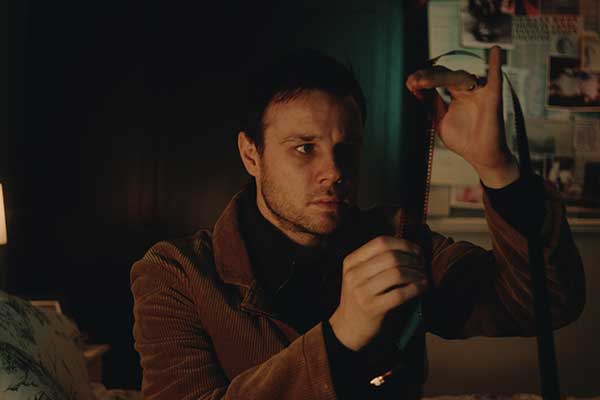 It’s never entirely certain that what viewers see is David’s real or imagined experience, or some strange blend of the two.

As David is suspected of his wife’s killing, the pressure deepens to solve the mystery of the sanguinary home movie.

Now, it must be said that these are not particularly original storylines.

The Canal readily reminds us of some similar horror movies, both cultish and classic.

The trope of the house possessed by its murderous past goes back as far as The Amityville Horror (1979) and was recently updated in Ethan Hawke’s Sinister (2012). And on that point - Sinister 2 is currently under direction by Dublin’s Ciaran Foy.

But Kavanagh also summons echoes of pioneering directors who became fascinated by film as an affective medium.

The Canal bears hints of Lang’s classic Testament of Dr Mabuse (1933), in which people are made insane by an evil force that might be merely a projected shadow behind a screen.

In one subtle moment he moves instinctively closer to the screen, aping that experience we have when we feel like stepping into the world of the film.

Kavanagh is undeniably a film-maker to watch. The Canal might borrow from others for its best qualities, but it borrows the right things and puts them to excellent effect.

Ivan Kavanagh’s The Canal is released in Britain and Ireland cinemas on Friday, May 8.