BRIDIE Gallagher was one of Ireland’s first international singing stars. The performer from Donegal trail-blazed the way for artists like Daniel O'Donnell to emerge onto the world stage.

Daniel, who has written the foreword to a new biography of Bridie (penned by her son), says: “She was the one who paved the way for all of us Donegal singers who came after her.”

Dec Cluskey of The Bachelors said Bridie 'broke the ceiling' for them and the likes of Val Doonican, unknown outside Ireland until she came along. Soon English and American agents began to wake up to the wellspring of talent that lay in Ireland."

For decades, Bridie Gallagher was a household name in Ireland, and a hugely popular figure in the Diaspora — in Britain, the US and Australia. She had record contracts from the biggest companies, toured the world’s major concert venues, and sold albums by the million. 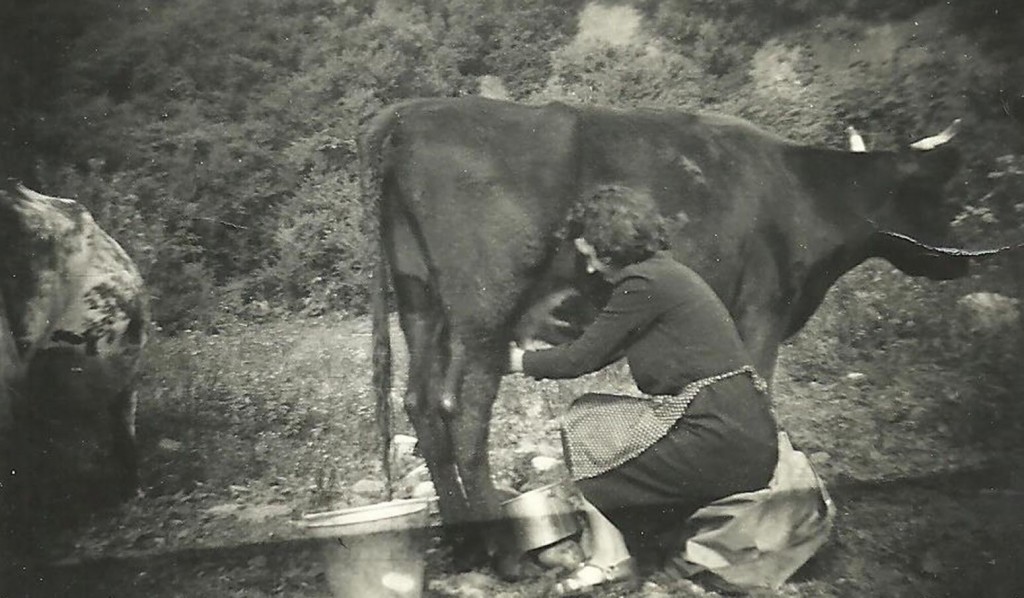 Bridie was one of ten children — so life was hard

Bridie Gallagher’s life, from a poor rural background in Donegal — where she was one of ten children — to singing superstardom, could be the plot of a Hollywood movie.

It's a story that was waiting to be told.

Now her son, Jim Livingstone, a retired civil servant from Belfast, has written that story, and in a searingly honest account of Bridie’s life, has not shied away from the downside of his mother's superstardom. He writes about the secret sorrows which cast a shadow over her life for over 40 years. Bridie suffered chronic depression, partly due to the death of her 21-year-old son in a motorbike accident; she also grieved over a lost love in her youth; she felt the bitter sadness of the breakdown of her marriage; and she eventually turned to drink.

Bridie, born in the village of Creeslough in the shadow of Muckish Mountain in Donegal, lived for most of her life in Belfast. Her rise to stardom was meteoric. As Livingstone puts it:

She was the star of the Irish immigrant. She was phenomenally popular in America and Britain — and still holds the record for the largest house ever at the Royal Albert Hall in London, 7,500 people. That was on St Patrick’s Day in 1959, and it’s a record that can’t be broken now because the capacity of the venue has been reduced since then.

Gallagher began performing at the age of fourteen, singing at the local hall for dances and concerts. She won a talent competition in Donegal and very shortly afterwards moved to Belfast to continue her career. Decca asked her to record A Mother’s Love’s A Blessing, released in 1956. The song was an immediate success in Ireland and Britain. He first album, entitled The Girl From Donegal, followed soon after and was to become the name that she would be known for the rest of her career. Radio shows and television specials soon followed.

Gallagher’s success was possibly due to a mixture of factors, says Livingstone. “Really, she was performing from a very young age, so she really knew how to work an audience. Her mother taught her the old ballads, and then she listened to all the pop songs of the day. She was influenced as much by Delia Murphy as Bing Crosby. With a bit of Vera Lynn thrown in.”

Bridie also had that indefinable gift of stage presence — now often referred to as the X factor. But it came through dedication according to Jim: “She really learned her craft. I think it was this combination of ability, hard work and musical background that allowed her to weather all the changes in music tastes over the decades. She knew how to entertain, and it took her from places like the Two Brewers in Wandsworth to Sidney Opera House and Carnegie Hall.”

But Bridie Gallagher’s life was not was not without its dark side. The break-up of her marriage, the death of her son at the age of 21 and her battles with alcoholism are all explored in the book. The harsh realities of Ireland’s religious divide back in the 1940s came early to Bridie. According to Jim, “she fell madly in love with a Protestant boy back home in Donegal". But both sets of parents said no to any further contact between the two, and Bridie was heartbroken. 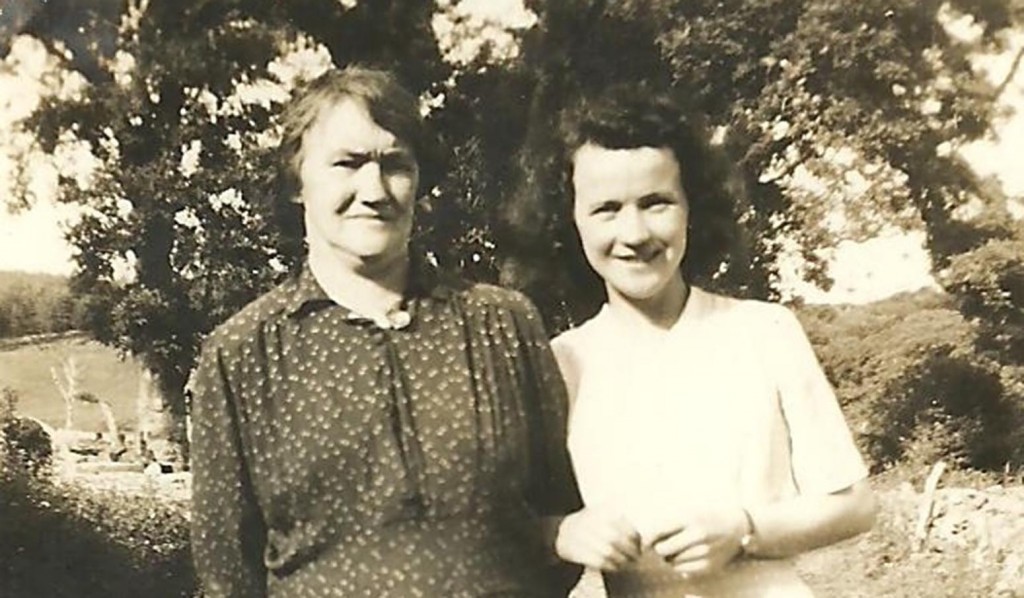 Bridie pictured with her mother

She headed to Belfast to work as a live-in housekeeper — and started going out with another Protestant man, Bob Livingstone. His father was a committed Orangeman, but Bob decided to convert to Catholicism. None of the newly-weds' four parents went to the marriage ceremony, held in Creeslough in September 1951.

But that marriage was destined for the rocks too — Bob was a taxi driver; Bridie was away all the time living the high life. The marriage was doomed, and, according to Jim, she was deeply depressed by the failure.

However, a worse blow was to follow — the death of her son.

In May 1976, 21-year-old Peter lost control of his motorbike and was thrown over a flyover on the M2 motorway outside Belfast.

"Mum was on tour in England and she was told there'd been an accident," Jim says. “We didn’t tell her Peter was dead until she got home. She was completely devastated.

She began to drink, which didn't help, and she didn’t perform for months. But we eventually did manage to get her back on stage.”

In his biography, Jim Livingstone is candid about his mother. “I didn’t try to make her out a saint. She wasn’t unique. As she often said, ‘We all have our crosses to bear.’”

Accordingly Jim has skilfully walked the thin line between producing a warts-and-all biography and one that tumbles into the too-much-information category. He has been truthful about Bridie Gallagher while at the same time preserving the reputation, and indeed glitter, of one of Ireland’s great singers. 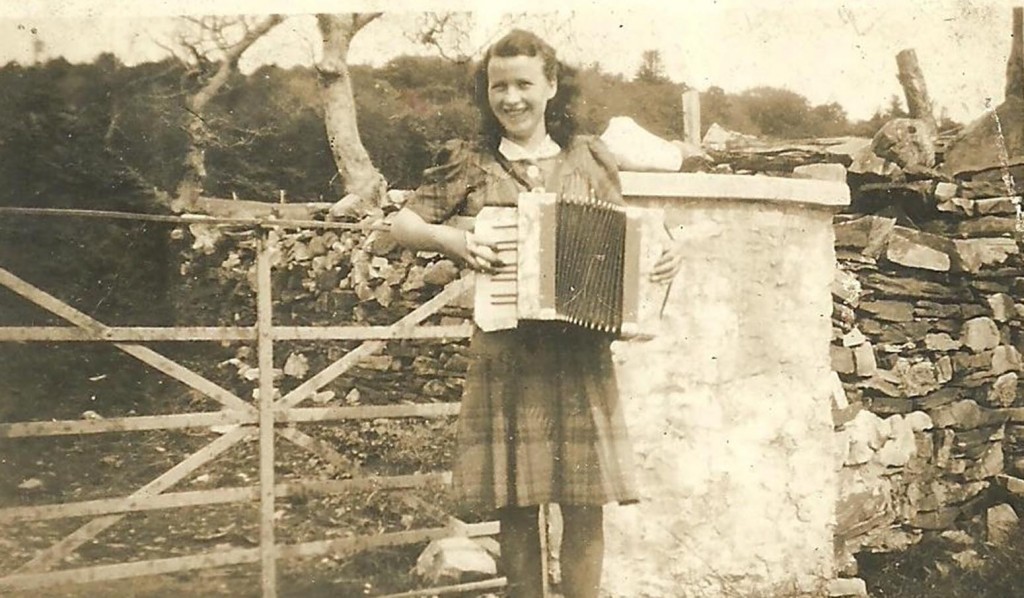 Bridie pictured outside her home

Songs particularly associated with Bridie: A Mother’s Love’s a Blessing; The Boys from the County Armagh