A LONDON musician who has cultivated a vast fan base without really trying to launches his first full album next month.

David Logan – known to friends as DC – is Officer, a Glasgow-born, Co. Derry-raised and now London-based artist who is already wowing critics with his “indie soundscape” style of music.

Over the past two years he has been making music around his day job – as the Director of the Ace of Clubs homeless centre in Clapham – and playing venues in Britain, Ireland and as far as Germany.

But 2015 has seen him step his music career up a notch – having released two singles, The Waters and Glass Ceiling, already, ahead of the official launch of his first full album Myriads in June. 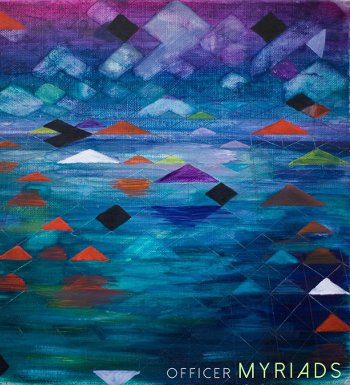 “The album seems to be catching people’s attention already,” Logan, who was brought up in Coleraine, admits.

“It’s great because I’ve been working on the music around the rest of my life until now and it’s pretty great to have it all suddenly and unexpectedly come to life now.”

With BBC Radio 6 among the stations supporting his singles this year, Logan has received critical acclaim from across Britain’s underground indie scene, he told us this week.

His fans have also thrown their weight behind the star in the making – with many of them providing cash donations to support the creation of Myriads, which Logan co-produced with close friend Daniel Peterson.

It features tracks that are inspired by “relationships and landscapes” the artist admits.

For further information about Officer, the launch of the upcoming album and planned gigs click here