A woman from Dublin was probably embarrassed enough after a trip to the mechanics revealed a certain—er, personal item—was causing her car trouble, but she must be absolutely mortified now her story has gone viral.

An invoice for a mechanic based in Kilbarrack was posted to Reddit yesterday, and while at first glance it looks normal enough, a closer look tells a different story.

Posted by Redditor MiggeldyMackDaddy, the invoice details the customer’s concern:

“Ever since we fitted a new wing mirror the driver’s seat will not move back or forward.”

Yep, pretty innocuous. It definitely seems like something you’d want the mechanic to check out, especially if you believe they’re the ones who caused the problem in the first place.

But things were not as they seemed. 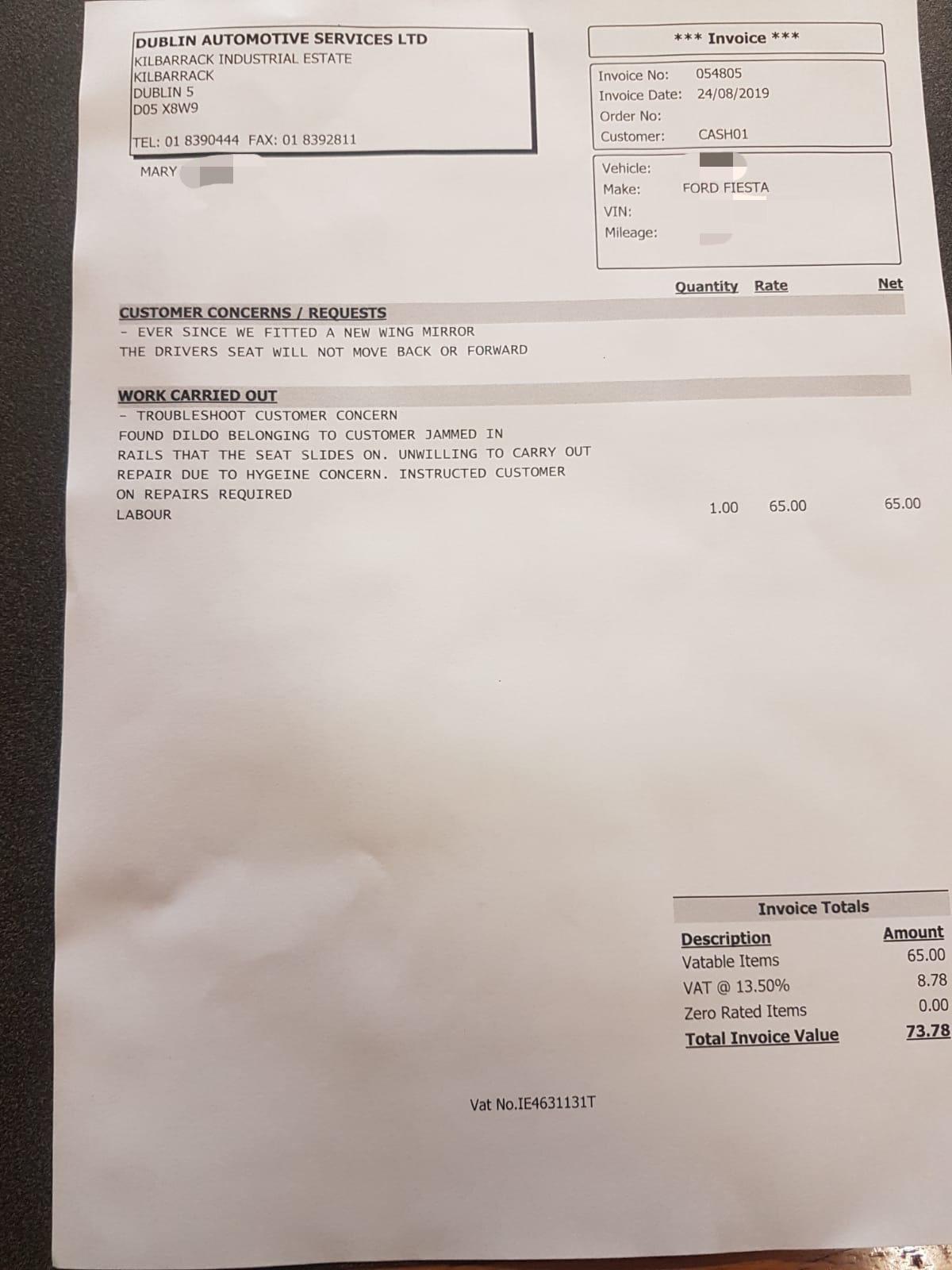 The ‘Work carried out’ section reveals the slightly awkward reason for the problem:

Unwilling to carry out repair due to hygiene concern.

We can only imagine how that conversation went.

To add insult to injury, poor old Mary was charged €73 for her troubles.