LIFE is full of unanswerable questions – but if you've ever wondered whether your favourite actor is a 'grow-er' or a 'show-er', ask no more.

That's because experts at male actor database Mr. Man have done the dirty work for us by sifting through over 8,000 full frontal movie scenes to rank the top 10 biggest and smallest "willies" in Hollywood.

Irish actors Michael Fassbender, 41, and Liam Neeson, 66, came in first and second place respectively on the 'big list' – with their countryman Colin Farrell, 42, bottom of the pile in tenth.

But that will be little concern to In Bruges star Colin, who escaped the 'small list' of 10 Hollywood names including Leonardo Dicaprio, 44, Tom Hardy, 41, and Jude Law, 46. 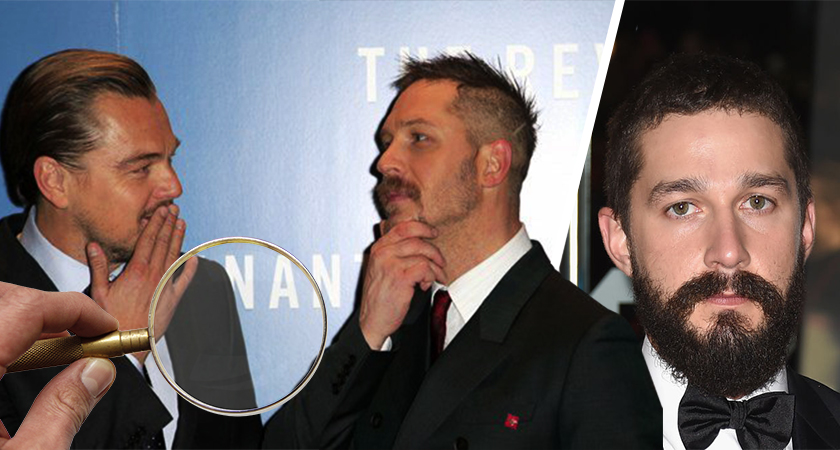 Coming up short: Leonardo DiCaprio, Tom Hardy and Shia LaBeouf all made the 'small list'

"We may never know how cold it was on set that day, or whether they just went for a swim, but our list of guys proves that good things come in small packages," a Mr. Man representative commented on the findings.

"After sorting through more than 8,000 full frontal pics for their database, the Mr. Man team have become the consummate experts on the subject".

They added: "Mr. Man loves all shapes and sizes - and as these men have no trouble in the dating department so it shows size really doesn't matter."

At the other end of the scale; Eric Stoltz, Shia LaBeouf, Geoffrey Rush, Kevin Heffernan, Eric Balfour, Dennis Hopper and Terrence Howard were all caught short – though we're not judging. 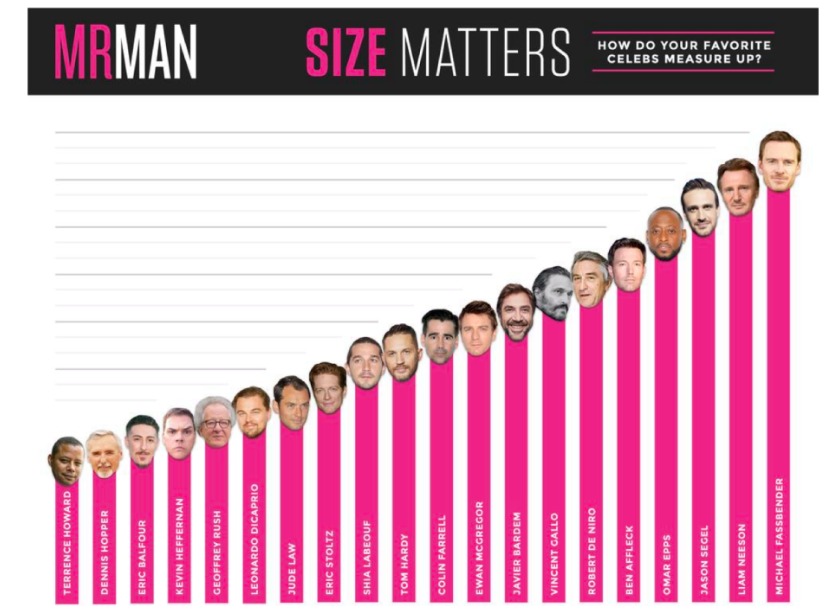 You can't tell us we don't bring you the hard news!