The showcase features clothing, sketches, awards, hand-written lyrics and the only known car Cobain owned during his life - a powder blue 1965 Dodge Dart.

The shirt worn by the singer in the music video for Nirvana's iconic anthem Smells Like Teen Spirit is also among the exhibits.

Kim Cobain said she hoped the exhibition would bring more attention to her brother's Irish background, of which he was known to be proud.

“With this exhibition we hope to bring the focus back to his roots, vision, and artistic genius to inspire everyone not to lose their creativity and childlike wonder," she said.

Frances Bean Cobain said: "I am so thrilled to participate and support my family as they honor their brother and son at The Museum of Style Icons in Ireland.

"I have always been the most intimately informed of who my father was by my grandmother and aunts. I am so ecstatic that their view of who Kurt was gets to be celebrated with Nirvana fans the world over." 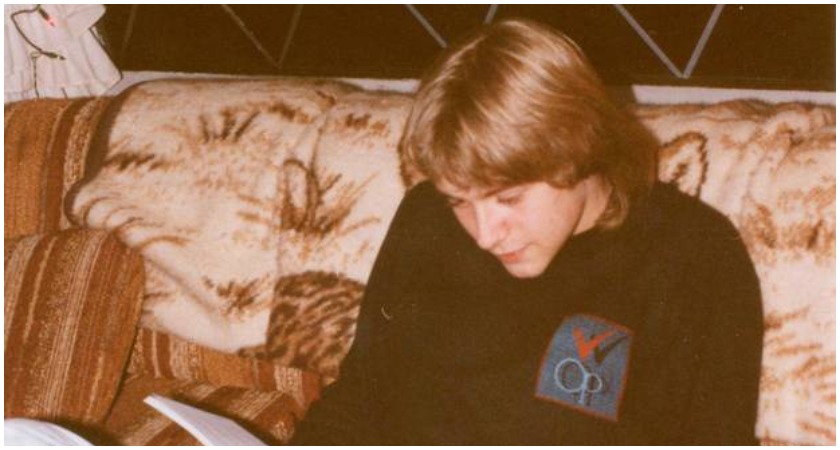 Kurt Cobain aged 19 in an image from 1986 featured at the exhibition (Image: Newbridge Silverware)

The ‘once-in-a-lifetime’ commemoration came about thanks to a friendship between Cobain's mum Wendy O’Connor and museum owner William Doyle.

Mr Doyle said: "These items have never previously been seen by the public and it’s an incredible honour to be a part of this amazing exhibition.

"We have handled exhibitions of Michael Jackson, Cher, Prince and many other fashion icons and we expect this exhibition of Kurt’s life to be one of our greatest exhibitions curated by our museum."

Despite releasing just three studio albums before Cobain’s death, Nirvana became one of the most influential alternative bands in history and launched the career of its drummer Dave Grohl - who went on to found Foo Fighters.

Born in Aberdeen, Washington in 1967, Cobain's suicide came seven years after he founded the Seattle band in 1987 alongside bassist and best friend Krist Novoselic.

Shortlisted Geldof portrait to go on show across Britain