SOME bunny rabbits really know how to live.

This stuffed rabbit teddy was left behind by mistake after its owners stayed at Adare Manor in Ireland over the New Year break.

Three-year-old Kate Hogan from Nenagh, Co. Tipperary, left her beloved rabbit behind, but while they were separated the stuffed toy was given the five-star treatment at the ultra-swanky hotel and golf resort.

Situated in Adare Village in Co. Limerick, the Neo-Gothic Manor was the home of the Dunraven family, built before 1830.

Scroll down to see picture of the rabbit's adventure... 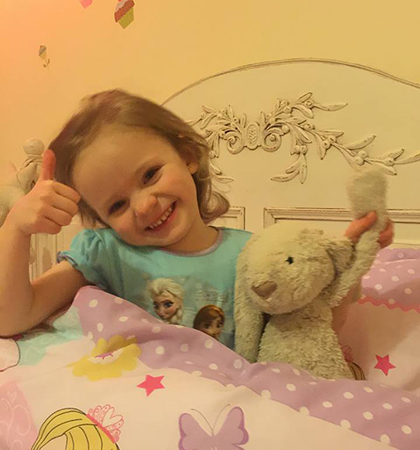 Kate Hogan was happy to have her bunny back home

The lost property was discovered on January 2 and the hotel posted several pictures of the rabbit living the high life to Facebook.

The bunny got the chance to lounge by the pool, have a relaxing treatment in the spa and enjoy afternoon tea before it was reunited with its family.