"It was Christmas Eve babe": An ode to Shane MacGowan and Fairytale of New York

LAST SATURDAY, while nursing a frankly enormous cauldron of coffee at my area’s flagship Costa, I heard it: “Are you haaaaangin up your stockings on the waaaall?”

The first Christmas song of the season had descended upon me, flipping a mental switch which won’t be unflipped again until December 26.

It becomes clear after a few minutes that the cafe’s manager has fished out a whole Christmas album from somewhere and I’m taken through the whole Yuletide repertoire.

And because I’m a penniless writer, prone to scrounging WiFi and workspace from coffee shops for as long as civilly possible, I stuck around just long enough to hear the mournful, tinkling piano opening of Fairytale of New York.

Much has been made of Fairytale’s uncomfortable place within the Christmas song catalogue.

It’s the grouchy uncle at the dinner table: scowling at Slade and refusing to pull crackers with Mariah.

It’s there to remind younger relatives that youth is fleeting, dreams are foolish, love will die and emigration isn’t all it’s cracked up to be.

It is because of this — rather than in spite of it — that it’s the best Christmas song of all time.

Disagreeing with this statement even slightly renders you an idiot, a barren corporate shill, unable to process the sadness and beauty of the universe.

But as I say, much has been written about Fairytale already and today, I’m slightly more interested in the man behind it.

As Irish people, we have a queer relationship with Shane.

He is not our Paul McCartney, as much as we would like him to be. Every time he emerges long enough to be caught on film, we treat him like the negligent father that has turned up late to parents’ evening.

‘Shane!’ we hiss, ‘Why can’t you be like all the other dads? Why can’t you just be polite and find a charity and get knighted and maybe come out with a comeback album every other year?’

We love Shane for Fairytale, for Rainy Night in Soho, for every single time he got up on stage and sang The Irish Rover as if his life depended on it. 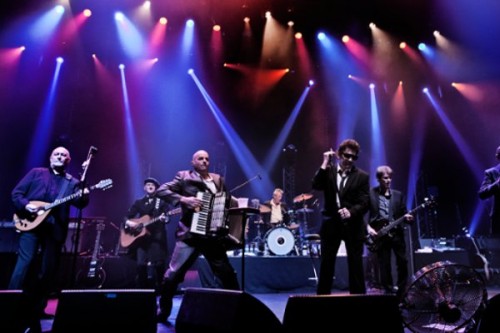 The Pogues on stage

At the very same time though, we hate Shane for perpetuating the cliché of being an Irish person, and for threatening to undo the progress we’ve made as a country in every performance he stumbles his way through before careening off stage.

Whether he has resigned himself to it or not, Shane is a walking stereotype: if anti-Irish propaganda cartoons were still in circulation, they would be pencil tracings of his face.

He has lived and survived and grown rich and poor by the classical notion of being Irish, without having been born there.

And yet, despite all this, the songs that Shane MacGowan has sung continue to define Ireland’s richness of spirit as much as it condemns us for our faults.

This is why we can never dismiss him, and why his place in our hearts is as wrenching and vital as it has ever been.

Whenever I’m on the edge of homesickness, and really want to be pushed over, old Pogues performances on YouTube is the first place I go. And I say this as an Irish person who grew up in the nineties, experiencing one of the rarest, richest periods of economic prosperity in our country’s long history.

As a Celtic Cub, my knowledge of Irish sorrow and hardship has been passed down to me only through anecdotal evidence: through the stories of grandparents and fuzzy archive footage, through a vague memory of having to observe minute-long silences for the people in Omagh, and not really knowing why.

Yet, watching a middle-aged Shane MacGowan sing The Parting Glass is like watching a string being run through your national identity, then seeing it tighten and tie together.

It’s a song that’s been performed by everyone from Liam Clancy to Ed Sheeran, but when Shane sings it the words: “Of all the money that e’er I had/I spent it in good company/And all the harm I’ve ever done/alas it was to none but me”, you buy it. 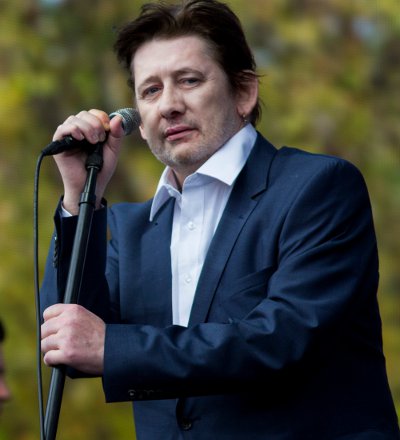 It is to folk songs what I Dreamed a Dream is to musical theatre: a tale of being in the gutter and looking at the stars, of not necessarily leading a morally good life, but taking solace in the fact that you have lived a storied one.

That Shane’s vocal delivery is one of the most special things about him is amazing in itself, in that technically, his voice is closer to a growl than a melody. By all rights, he should have been in The Sex Pistols.

That we’ve chosen him to be the singer of our most beloved songs, the ones most precious to our history, says more about us than it does about him. We love an underdog. We love anyone that defies the odds.

We love rebelliousness, not taking no for an answer, of showing up unready but pulling it off anyway.

In a recent interview the accordion player for The Pogues, James Fearnley, was asked about his memories of being in the band.

“I think memory is like a room you visit,” he says thoughtfully “and every time you go in and out, you move something slightly.”

As such, our memories of Shane are as prone to change as Fearnley’s. We redecorate the room for him depending on how we feel about ourselves, chastising him in our prouder moments and embracing him in our most desperate.

But not matter how often the room changes colour, Shane MacGowan will always have a place there.

Listen to Fairytale of New York