AS IRELAND gets set to mark the historic events of the 1916 Centenary, audiences around the world can watch the main State Commemorative events and other official events taking place across the Easter weekend on RTÉ Player.

The Commemorative events will be streamed live on RTÉ Player and RTÉ Player International across Desktop, iOS and Android.

RTÉ Player’s 1916 Hub is also available to viewers and features a curated collection of 1916-related documentaries, news coverage, debate and analysis which are accessible to audiences worldwide for free.

Commemorating and celebrating the 1916 Centenary, RTÉ Player will stream the main State Commemoration event on Easter Sunday and other commemorative events taking place in Glasnevin Cemetery and at Kilmainham Gaol. 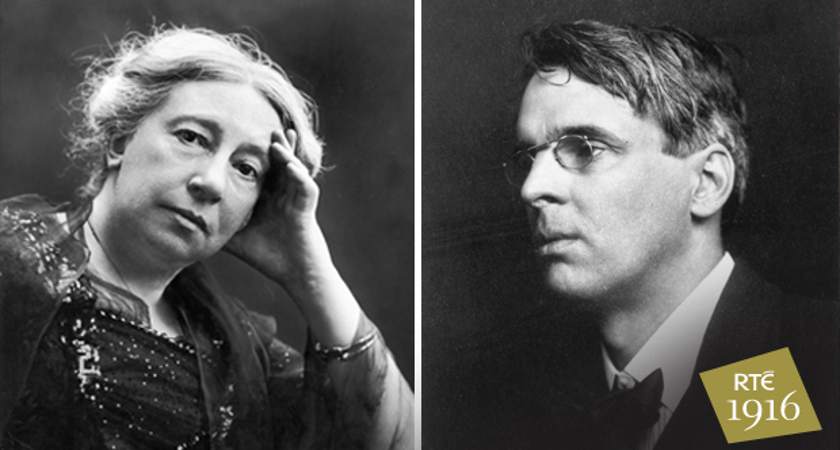 A Nation’s Voice, an open-air concert at Collins Barracks on Easter Sunday featuring 1,100 singers joining the National Symphony Orchestra will also be live streamed and available on demand worldwide.

RTÉ will also present Centenary, a celebration of 100 years of Irish culture from the Bord Gáis Energy Theatre, which will be broadcast live around the world on RTÉ Player on Easter Monday night.

Through live and pre-recorded performances from some of Ireland’s most popular artists, Centenary will tell the story of the 1916 Rising and celebrate the country that we have become.

Click here to watch Irish television instantly with RTÉ Player International or check out some of the highlights here...

The 1916 Hub on RTÉ Player also features documentaries that explore the 1916 Easter Rising from every angle. Highlights include: 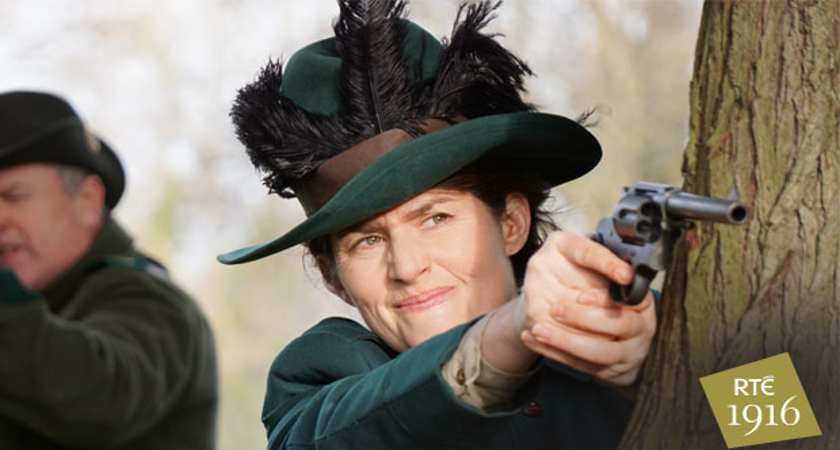 Seven Women (available now) explores the astonishing stories of seven women who were at the heart of the Easter Rising. 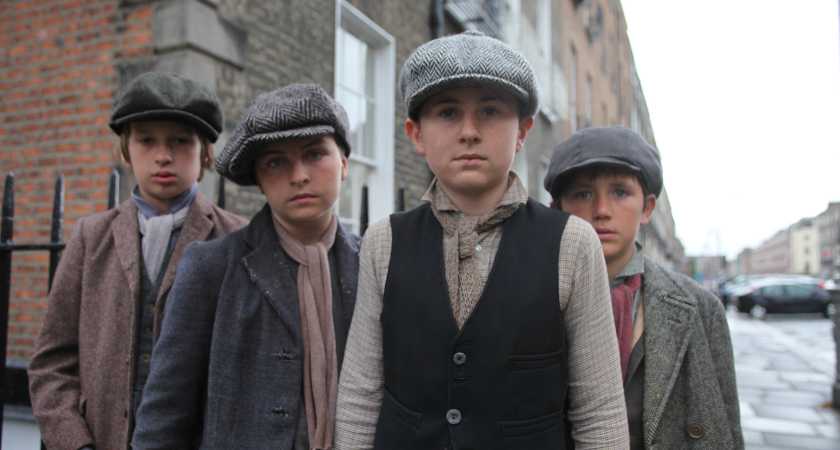 38 children were killed in the Easter Rising of 1916

Joe Duffy’s Children of the Revolution (available Easter Weekend) uncovers the untold stories of the 38 children killed in the Easter Rebellion. 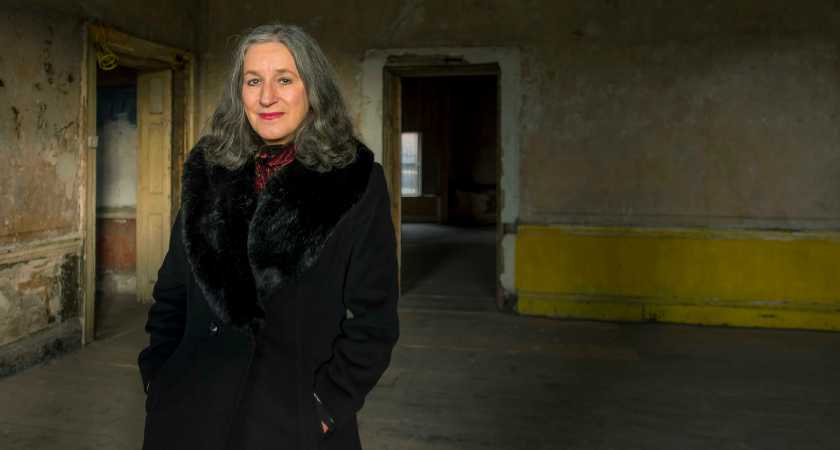 Life Before the Rising (available now) presented by historian Catríona Crowe of the National Archives, explores what was happening in the lives of Irish people from the growing catholic middle classes to the tenement dwellers, in the months and years leading up to the Rising. 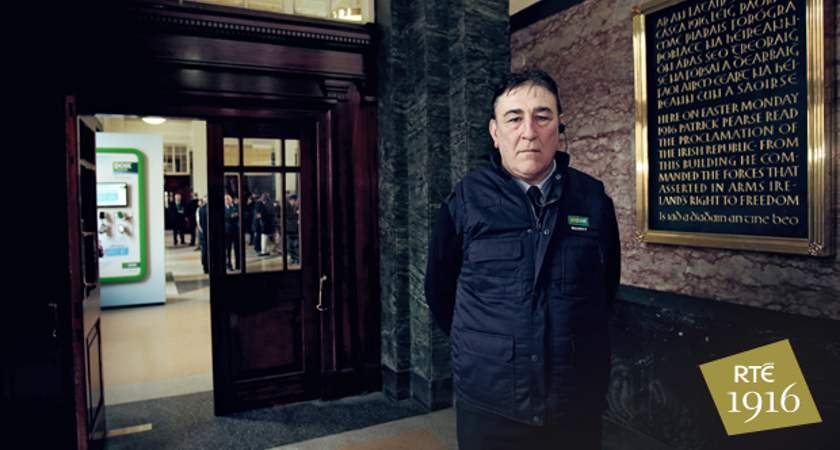 Inside the GPO (available now) takes a behind the scenes look at Ireland’s busiest post office, best known as the headquarters of the 1916 Rising. 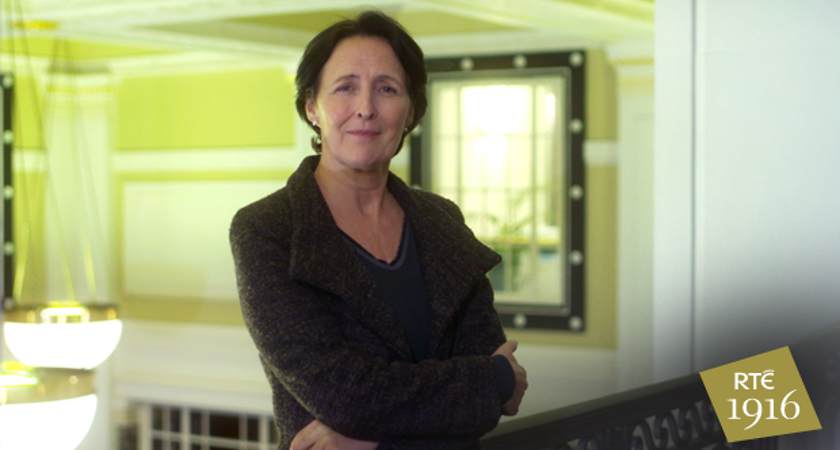 Actress Fiona Shaw will relive her Rising past

Ireland’s Rising (available now), a new four-part series which sees Anne Doyle, Ryan Tubridy, Jim McGuinness and Fiona Shaw return to their home or ancestral county to explore its connections with 1916 and discover how each county is planning to commemorate the centenary. 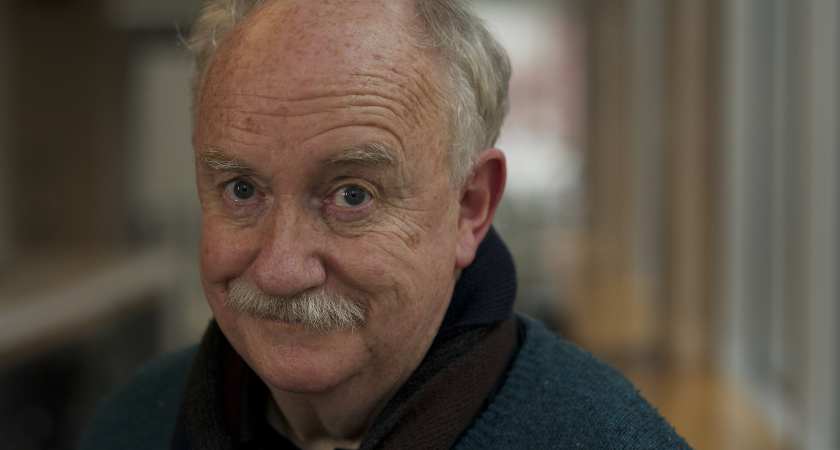 Professor Declan Kiberd looks at the cultural reinvention of Ireland

In A Terrible Beauty – Culture and Revolution in Ireland (available now), Professor Declan Kiberd looks at the role that artists and cultural leaders had in reinventing Ireland in the late Nineteenth Century, and asks whether the cultural revival really was the spark that ignited the flame of revolution. 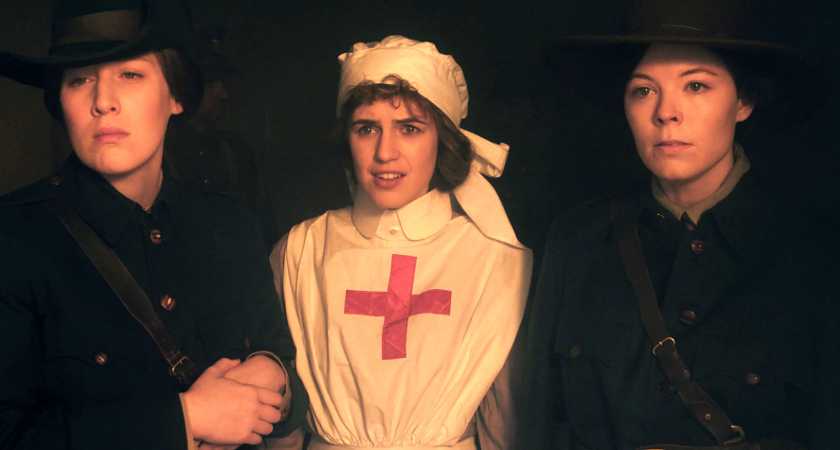 Nationwide also has a special series of 1916 programmes including three one hour documentaries to mark the centenary.

It features a moving interview with his son, Fr Joseph Mallin, who now aged 102 years is the only surviving child of the 1916 leaders. 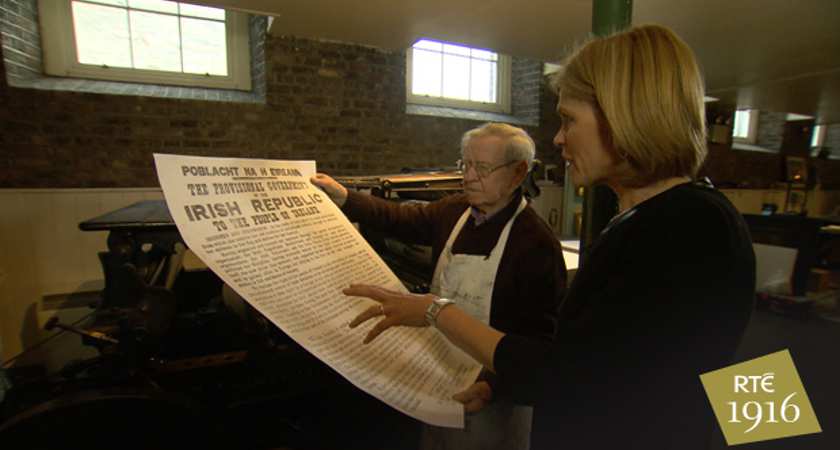 International audiences can also keep up to date with news related to the 1916 Centenary across RTÉ’s news platforms; RTÉ.ie and the RTÉ News Now app and through RTÉ’s social media accounts, including @RTE @RTEPlayerInt and using #rte1916.

Immerse yourself in the RTÉ 1916 offering on RTÉ Player:

Android viewers: Get the App on the Google Play Store