The Chalets didn’t so much emerge on the Irish music scene in the early noughties as they did explode onto it in a mass of bright colour, fizzy sounds and perfectly-formed indiepop songs. The Dublin band enjoyed a decent level of success both in Ireland and in Britain; their song Sexy Mistake was used on an MTV ad, they had songs in Grey’s Anatomy, won Best Irish Band at the 2005 Meteor Awards, and were perfectly poised for the big time before splitting 2008. Boo. Their debut (and only) album Check In (2005) is still worth a listen if you’re a fan of cheeky indie-rock songs with a pop twist. Guitarist Enda Loughman went on to co-found acclaimed design/directorial duo D.A.D.D.Y., and co-frontwomen Caoimhe ‘Pony’ Derwin and Paula ‘Pee Pee’ Cullen formed indie-pop band Talulah Does the Hula and more recently, excellent lo-fi indie-rock band September Girls.

The first time we ever saw The Immediate, we thought they were pretentious art-school brats, showing off by swapping instruments every few songs. The second time we saw them, we were totally won over. (The irony is in the name, y’see). The truth is, there hasn’t been an Irish band like The Immediate before or since; their mix of art-rock, alternative pop and angular indie was a breath of fresh air on the Irish music scene at the time, which up to that point had been subjugated by dour singer-songwriters with acoustic guitars. They released a clutch of singles and a superb debut album In Towers and Clouds in 2006, which still sounds fantastic almost a decade later. They split not long after they released it and the chances of them getting back together are slim, considering how well Conor O’Brien has done with Villagers since. Still, what an album.

8Ball probably won’t be familiar to most. The Dubliners never really had a breakthrough to anything resembling mainstream, despite their critical acclaim. They will, however, go down in the annals of largely-forgotten-but-actually-deadly-Irish-bands. An eclectic, many-membered beast who blended alternative rock with experimental pop, hip-hop and oddball indie-rock, they released two albums (2005’s 8Ball and 2009’s With All Your Friends) and gained comparisons to acts such as The Beta Band. Since their split, several of their members have gone on to make their name with other musical endeavours — most notably their turntablist/multi-instrumentalist Kormac, who’s now known for Kormac’s Big Band. Could a reformation be on the cards? Our magic 8-ball says ‘Ask again later.’ 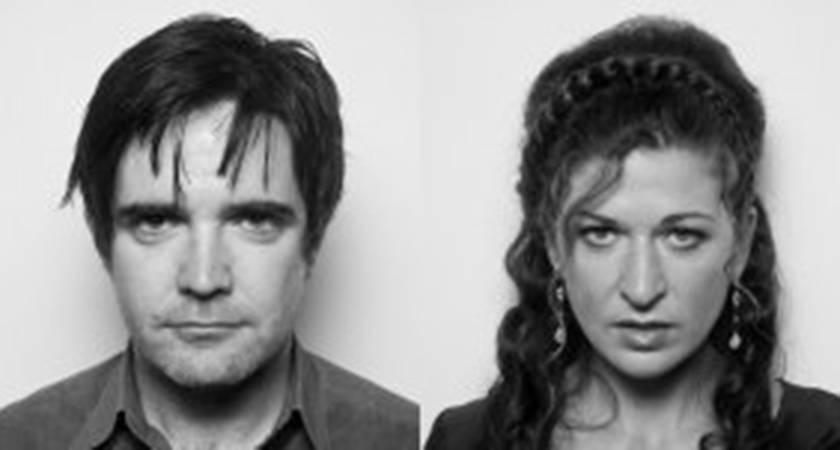 Another band to file under the ‘forgotten gems’ category. This Dublin based band were sporadic in terms of releases and gigs, but their two albums — particularly 2009’s Choice Music Prize-nominated Another Way of Being There — were beautiful; gorgeous post-rock tinged tunes mingling with electronics. Although they never officially split, frontman Jeff Martin — a solo artist in his own right — has since followed up his acclaimed 2004 debut Spoons with new material under the Ghost Maps moniker, while multi-instrumentalist and producer Steve Shannon has worked in a production capacity with numerous other musicians, as well as releasing a brilliant 2010 solo electronica-based album as Strands. Another Halfset album sure would be nice, though — whaddya say, guys? 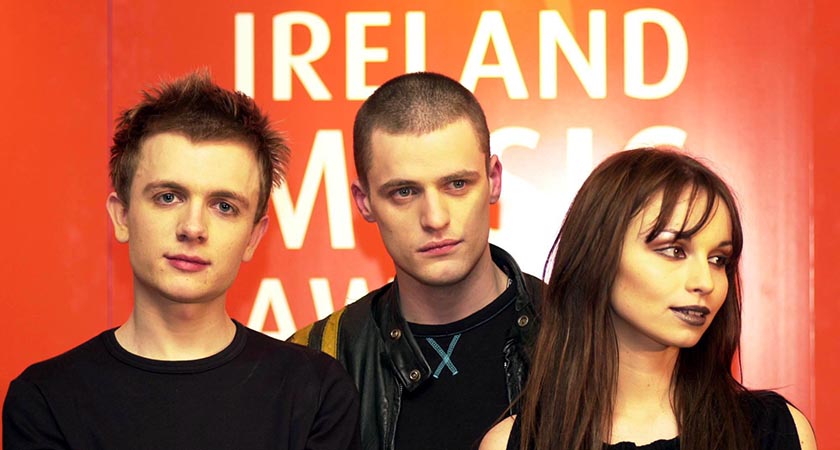 Pop band JJ72 at The Point Theatre, Dublin in 2001(RollingNews.ie)

JJ72 were the band whose name we scribbled on our pencil cases, schoolbags, homework journals and on the door of the school toilets. They were young, they had style, they had flair, they had awesome songs with huge surging choruses, they had a cool female bassist, and in Mark Greaney, they had a frontman with a voice to remember. They smashed their guitars up at the end of gigs and they were worshipped as heroes on the Irish music scene thanks to their fantastic self-titled debut album in 2000. Then the cracks began to appear; bassist Hilary Woods left, their 2002 album I To Sky didn’t quite do the business, and their third album was stalled by industry frustrations. They eventually called it a day in 2006. Greaney now tutors in BIMM Dublin, and the other members have all moved on. We’d love to hear their older and wiser take on an album these days, though. 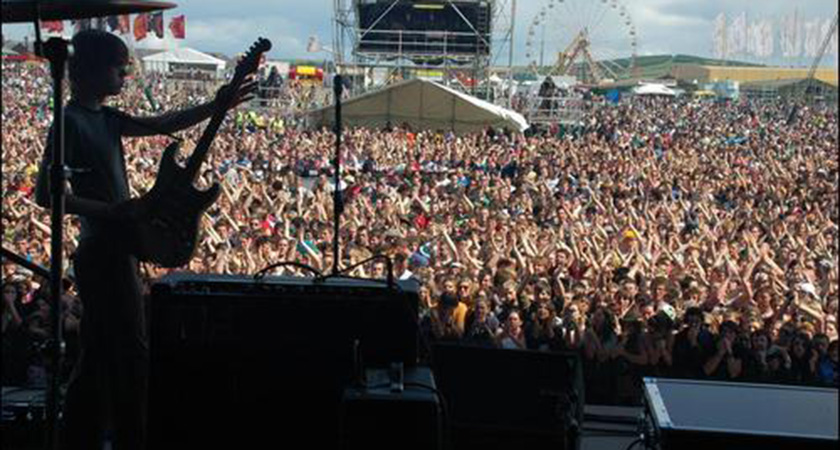 Irish band Director at the height of their fame

Some bands seem just right for a certain time and place. Director were one of them. The four-piece, hailing from Malahide in north Dublin, perfectly captured the zeitgeist of exciting indie-rock with pop sensibilities that was happening around the middle of the last decade; in England, it spawned bands like Arctic Monkeys, The Cribs and Editors. In Ireland, it spawned bands like Director — who signed to Atlantic Records and released a thrilling debut album, We Thrive on Big Cities, in 2006. The quartet had hits with Reconnect and Come With a Friend, and with nerdy, bespectacled frontman Michael Moloney’s deep, Neil Hannon-esque voice and enigmatic guitarist Eoin Aherne doing his best Johnny Marr impression just behind him, they looked like Irish music’s Next Big Things for a while. So what happened? Their second album I’ll Wait for Sound was released on their own label Crapshoot Economics, and without the thrust of a major label’s marketing department to capitalise on their momentum, it soon petered out. It’s a huge shame; with a couple of years more experience under their belt, they could have done big things internationally. 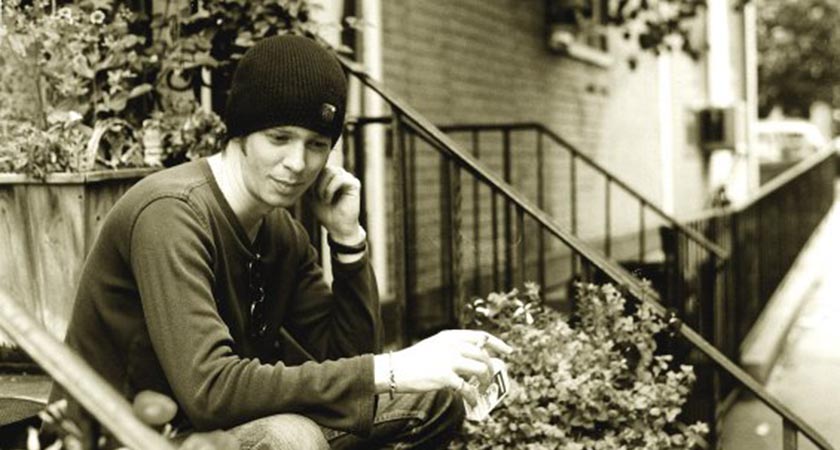 The story of Mic Christopher is undoubtedly a sad one, but it does have a somewhat happy ending. Like many musicians of his era, Christopher’s first foray into music was busking on the streets of Dublin as a teenager, where he made lifelong friends with the likes of Glen Hansard and The Frames. He went on to front well-respected Irish rock band The Mary Janes, before turning solo. Things were looking up, with sessions for his debut album Skylarkin well underway — and then tragedy struck. He tripped on a set of stairs while on tour with The Waterboys in the Netherlands, hit his head, and sadly passed away a few days later, at just 32 years old. The beautiful Skylarkin was released posthumously in 2003 and went on to become a huge hit, winning Best Album at the 2003 Meteor Awards. The Frames still play his best-known song Heyday live to this day; it was only recently that we saw a crowd of thousands singing along joyfully to the heart-swelling tune at the band’s recent Dublin gig. If that’s not a beautiful legacy, we don’t know what is.

It’s not for no reason that Whipping Boy regularly feature on Best Irish Albums polls — most notably with their 1995 album Heartworm, which has rightly won its place as one of the finest modern rock records to emerge from these shores. The Dublin band had a somewhat chequered history; critical acclamation of their 1992 debut Submarine didn’t quite translate into fame and fortune, while frontman Ferghal McKee was known for his unbalanced stage persona. Their luck turned when they signed a deal with Columbia Records for Heartworm, the album that spawned hits like When We Were Young and We Don’t Need Nobody Else. And then, like many bands, the dreaded ‘label trouble’ signalled a death knell for the band, whose eponymous third album remained unreleased until 2000. They split in 1998 but have since reformed with different line-ups in 2005 and 2011. Do they have one last explosive album in the can? We’d certainly like to hear what they’d come up with in 2015. 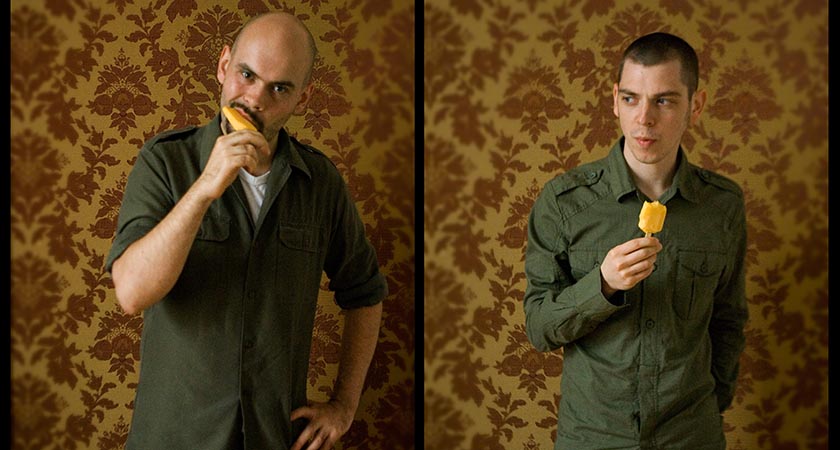 9. MESSIAH J AND THE EXPERT

The Irish hip-hop scene has gone from strength to strength in recent years with acts like Lethal Dialect, Rusangano Family and Hare Squead making impressive incursions into the genre — but it wasn’t always so. While Scary Eire did great things in the 1990s, these guys — a beatmaker called The Expert and an MC called Messiah J, or John Fitzgerald to his mammy — gently prodded Irish hip-hop into the noughties. Their slick, eclectic grooves were influenced by American culture but not bowled over by it, and a distinctly Irish angle was never far from J’s lyric sheet. They released two Choice Music Prize-nominated albums — 2006’s Now This I Have to Hear and 2008’s From the Word Go — as well as their 2003 debut, and although they haven’t officially split, it’s been way too long for a follow-up. That said, The Expert has just released his solo debut Dynamic Drift; could it herald an eventual return to music-making for both of them? Let’s hope so.

There are some bands that you hear, admire and think ‘I get it, I like it — but I don’t know if a wider audience will.’ Republic of Loose are not one of those bands. In fact, it’s still a mystery why the Dublin troupe did not make it big in Britain and the States — particularly with their second album Aaagh! (2006), which had all the hallmarks of a crossover success: a radio-friendly hit in Comeback Girl, a brilliantly original slant on soul, funk, hip-hop, reggae and rock in songs like Break and Shame, and a bucketload of devil-may-care swagger. It remains one of the finest Irish albums of the last 20 years, and even Bono called them ‘sophisticated soul bootboys’ and invited them to support U2 at Croke Park. However, their subsequent records in 2008 and 2010 — along with several line-up changes — although enjoyable, gradually saw diminishing returns on their potential, and they officially announced their split last year. These days, you’ll often catch quasi-genius frontman Mik Pyro playing with his blues-rock band in bars around Dublin. The Republic may be dead, but Long Live the Loose.