NATHAN CARTER left school in Liverpool at the age of 16 to become a singer. He’s been gigging ever since, paying his dues in the pubs and clubs of his native Merseyside and more recently enjoying success in Ireland. At 18 he moved to Donegal and by 24 the Scouser had two chart-topping albums in the Irish charts. As a child, his grandparents regularly took him to the local Irish Centre to see the showbands and every summer the family went to Ireland to visit family and friends. Last year he played more than 200 gigs in Ireland, performing in front of an estimated 400,000 people.

I’m looking forward to embark on my first ever major concert tour of England.

My heroes would have to be Merle Haggard and Garth Brooks.

This current decade has been the best with the success of my last two number one albums. 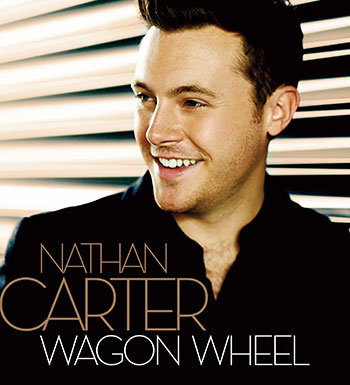 I Can’t Make You Love Me by Bonnie Raitt.

Favourite place in Ireland is a hard one as I’ve travelled to every county and seen some beautiful scenery but I would have to say Fermanagh as I love it there and love the lakes.

Traffic really annoys me — I have no patience.

Merle Haggard’s autobiography, My House of Memories, is the only book I have read fully in the last few years so I would have to say that one.

I haven’t had any major low points in my life so far but losing my nan and granddad was hard.

Niamh McGlinchey is a fantastic young singer from County Derry. She tours with me quite a bit and has a fantastic voice.

Life is short so live it to the full.

I love action films but would have to say Taken.

I believe in family values and fate.

Never turning my phone off and working too hard.

What are the best and worst things about where you live?

I live in Enniskillen Co. Fermanagh and love the view over the lough. The worst thing is it rains a lot!

Honesty is the best policy but maybe if you’re surprising someone.

The song Vincent by Don Mclean.

Lindor chocolate and a pint of Guinness.

Carrie Underwood but she doesn’t know it yet!