MANCHESTER-BORN Wayne Devlin is an actor, singer and writer. He is due to be honoured in July with a British Citizen Award at the Palace of Westminster.

The British Citizen Award, in partnership with One Stop, is now in its eighth year and recognises exceptional individuals who positively impact their communities, charities, and individual causes.

Wayne has used his art to raise over £750k for various charities over the last 15 years. He recently undertook the challenge to sing solidly for 24 hours non-stop to honour Tony Bennett and raised just under £9,000 for the Alzheimer’s Society. He also stages his own charity events twice yearly, Croon into Christmas and Swing into Spring. 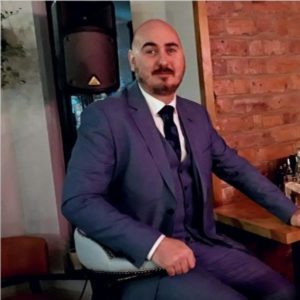 I have written a television documentary called 'The Crooner' that is currently with the BBC for development. I'm excited to get moving on that. The Crooner tells the story of crooning from its very beginning with the invention of the microphone and all the great crooners we've had up to present day crooners.

Which piece of music always sends a shiver down your spine?

Ave Maria always gets me. Especially by Andrea Bocelli.

Which musician has most influenced you?

Tony Bennett has been the biggest influence for me, closely followed by Frank Sinatra. Tony Bennett to me is the epitome of a crooner.

Which actor has most influenced you?

How did you get started in music?

My dad taught me to sing as a child and I just love the Great American Songbook. Those songs just really resonate with me and I've sang along with all the greats from my record collection. I wouldn't sing anything else. It's a genre that tugs at me and i have a strong urge to sing those songs and when I do it's a release.

What are your Irish roots?

My dad, Patrick Devlin, was from Newry, in Co. Down.

Shane. Could watch it again and again and never get bored of it.

Has to be Newry! I do like Belfast but Newry has a special place in my heart.

Which living person do you most admire?

Tony Bennett. He has been through so much over the decades, he's seen the world change so many times but has stayed true and loyal to the Great American Songbook and to his fans. Alzheimer's disease and old age don't stop him from gracing a stage and crooning as well as he ever has.

What would be your motto?

It's nice to be nice... and it costs nothing to be nice but means everything.

Have you a favourite line from a song?

“My funny Valentine you made me smile with my heart.”

What’s the best thing about where you live?

I live in Manchester and it's a great city that has everything you could need. The people are friendly and always come together when needed. After the bombing of the Manchester Arena the people here united in a way I’ve never seen or experienced before. Love conquered over evil and Mancunians stayed strong in unity. It's a great city.

What’s the greatest lesson life has taught you?

Nothing is given you on a plate and no one is going to open the doors to success for you.

Myself and the power of positive thinking. There's no room for negativity in a mind that is full of positivity.

Nature. Nothing man has created can compare with the beauty of nature. Its perfect and wondrous to take in.

Who is the greatest love of your life?