THE CORONAS’ frontman Danny O’Reilly has been somewhat busy of late, juggling preparations for his band’s fifth album with his own summer spot on Dublin’s Today FM.

But a decade or so ago, things couldn’t have been more different.

O’Reilly and his three fellow Dublin bandmates were then fresher faced and straight off the back of university, unsure of the next step to take.

The lads decided to take the kind of leap of faith that many budding acts understandably shy away from - to sink or swim in the music industry or hop on the life raft of normalcy.

“We left university and said we’d give this band thing a year and see what happens,” O’Reilly recalls with the air of a man unenvious of his former self. “But thank God, we haven’t had to get a real job!”

Definitions of a ‘real job’ might vary, but O’Reilly’s recent stint on Dublin’s Today FM certainly came with an element of responsibility.

A Different Side with Danny O’Reilly centred around some of Ireland’s greatest success stories in sports and entertainment discussing their often unseen, musical side.

The idea came to O’Reilly in conversation with a friend; Dublin GAA Footballer, Kevin McManamon.

“He’s just so enthusiastic about the music he listens to,” O’Reilly explains. “Chatting to Kev, I was thinking to myself: ‘God, a lot of people would love to hear a successful Gaelic footballer talking about his favourite music’.

“It seemed like a really interesting conversation to have.”

O’Reilly secured the show a number of high-profile guests, from Rugby star Johnny Sexton to none other than Game of Thrones’ Davos Seaworthy himself - Dublin actor Liam Cunningham.

“Liam was probably my favourite guest because of his music choices. A lot of people say they like a little bit of everything, but he had a serious wide range of genres.

“I had other guests on who were great fun and had amazing song choices, but when Liam spoke about his music the hairs went up on the back of my neck listening to him.” 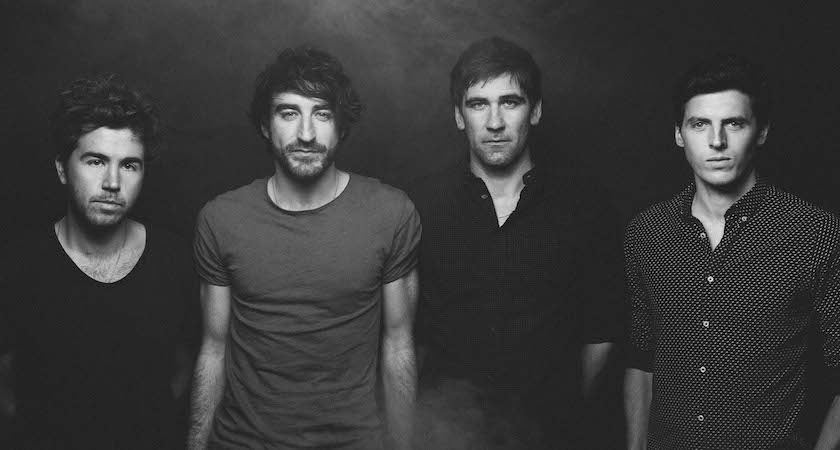 The Coronas are celebrating a decade in the music industry. Picture: Dara Munnis

Asked whether he would like to return to radio one day, O’Reilly is keen, but for now the familiar call of his band is a strong one.

“We’ve literally just started working on the next album. We locked ourselves away in Dingle in Kerry for a couple of weeks.

“We go down there and spend a lot of time. It’s beautiful. It’s just this lovely, isolated and quiet area.

“It’s how we find we work best. Our bass player Knoxy (Graham Knox) does a little bit of cooking and we just chill out and write.”

The new album with be the band’s fifth, a cause for reflection for O’Reilly after so many years.

"It’s crazy to think that we’re working on our fifth album now, it’s hard to believe,” he says. “We recorded our first album before we had even toured. We’d played some shows in Dublin but we hadn’t toured outside the city, let alone outside of Ireland.

“At home, our last album was our most successful. We’ve been very lucky that we get to continue doing this, and that it’s kept growing and growing.”

Fans may even be treated to some new material soon.

“We have about four new songs I’d say, and we’ve been down to Dingle again this month to fine tune them before we come over to play in London.

“It’s getting to that stage now when we have one eye on recording the next album, and we’re probably going to try a few new songs at the London show which we’re looking forward to as well.”

If you weren’t already aware, The Coronas will be performing next week as part of Fleadh Week; a huge celebration of Irish music in London.

The eight-day event includes other Irish acts such as The Saw Doctors, Aslan, The Coronas, Mary Coughlan, Paul Brady, Cry before Dawn, The 4 of Us, Brian Deady and a host of up-and-coming groups.

The Coronas will headline the final night of Fleadh Week next Monday, on October 24, and O’Reilly and his bandmates are certainly excited.

“We can’t wait,” O’Reilly says. “It’s a great line up and we haven’t played in London since Shepherd’s Bush a year ago now.

“Shepherd’s Bush Empire is such a good venue and that was probably our favourite ever UK show. To sell out such a cool venue was probably the pinnacle for us on the last album cycle.

“It’ll be great to return to London to play this one off show and play with all the other great Irish bands that are on that week.

“Hopefully we might even be able to stay for a couple of days and get to see some of them.”

Himself an Irishman whose toes have firmly dipped into the London scene, O’Reilly is keen to talk about other Irish acts chancing their arm this side of the Irish Sea.

“We have friends who are doing really well there like Hudson Taylor, who we hung around with a good bit when we were living there. There’s also another great folk duo called Morrissey and Marshall.

“When we were in London ourselves, Gavin James would be over a bit and Hosier would come over too, and whenever one of those Irish acts would be in London you’d hang out with them.

“But there’s always great Irish musicians no matter where you go in the world. Even in Germany, on Saturday night we supported this guy called Ray Garvey.

“He’s from Tralee but he’s not that well-known in Ireland but he plays stadiums in Germany. Absolutely huge. This venue we played holds 8,000 people and 8,000 Germans screaming for an Irishman not well known in Ireland is a funny thing.

“Everywhere you go, the Irish have a foot in the door somewhere.”

Looking back on those times when the band first moved to London to make a go of it, O’Reilly recalls a certain innocent charm.

“Our first record is quite different to the stuff we would do now. There’s a charm in that naivety. I wouldn’t be able to write San Diego Song now but at the time it represented where we were. We were just enjoying ourselves and not overthinking things.

“Everything has changed since then. Back in those days we would just be wearing baggie hoodies and not shaving or even showering!

“Because we were doing everything ourselves there was never anyone that sat us down and said ‘you have a photoshoot lads, you can’t just show up with two hours sleep'.

“We’re a little more professional low, and we’ve learned ourselves how to do it.”

As for a timeframe for the fifth album?

“We have a rough plan now,” O’Reilly says. “We’d like to start recording early in the new year and we’d love to have it out before the summer.

“We’ve been chatting to some other bands who have said, ‘Jesus, our label wants us to have the album out next month and we haven’t even started’.

“We’re lucky were not under pressure from any label to get an album out soon.”

Let’s hope it won’t be too long.

The Coronas will be performing as part of Fleadh Week at Nell’s Jazz & Blues, West Kensington on October 24. Find out more about Fleadh Week here.