The Dubliners: a significant 60th anniversary

ACROSS THE DECADES: The Dubliners circa 1963.

THE DUBLINERS got together exactly 60 years ago this summer. Mal Rogers looks back at the crucial role they have played in Irish folk music.

Sixty years ago this August a group of musicians came together in O’Donohue’s pub in Dublin and formed a band. Or it might have been June or July. Even five years after that seminal event that led to The Dubliners going on the road, memories were beginning to blur. But we do know that 1962 was the year that, by chance, those musicians came together and produced something that was unique.

The Dubliners never set out with any great musical odyssey in mind, they changed the course of Irish music forever, arguably preventing it from drifting off to become an obscure, forgotten tradition.

It was through The Dubliners that many of today’s Irish superstars first witnessed the power of Irish acoustic music. Bono, Brady, Christy Moore, Shane MacGowan, Donal Lunny and many more have all paid tribute to the band as a major inspiration.

Exactly why the Dubliners, had such a galvanising effect on Irish music is not difficult to fathom.

They had two outstanding singers and two peerless musicians in John Sheahan and Barney McKenna. Bobby Lynch — who was with the band in the very early days — and Ciarán Bourke were likewise hugely talented performers.

Luke Kelly was, quite simply, the greatest interpreter of traditional and contemporary ballads these islands have ever produced. Allied to his bohemian image, he attracted thousands of young Irish people who normally wouldn’t have ventured near traditional music. In the 1960s Ireland was just managing to break away from the shackles of the Church, the state and the. People like Kelly, Edna O’Brien and John McGahern were seen as at the forefront of this process. Folk music, until the arrival of the iconoclastic Luke and co. was regarded as the preserve of the odd eccentric academic or rural culchies. 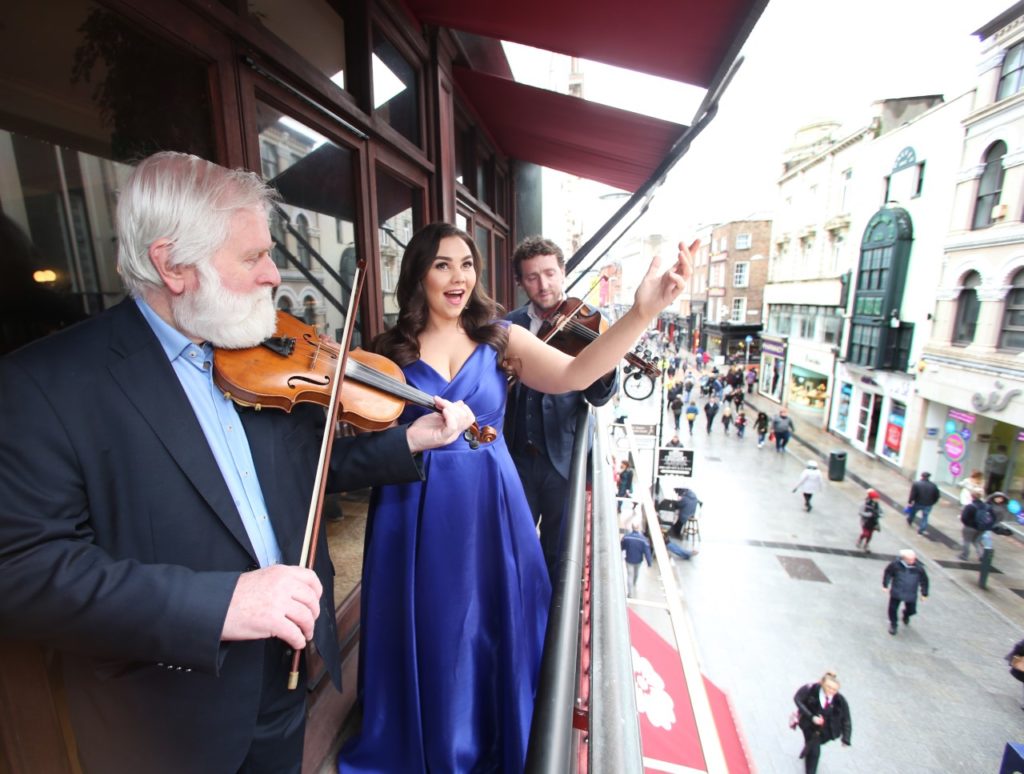 The Dubliners changed all this. They sang ballads accompanied by guitar, fiddle and banjo – back then, with the exception of some groundbreaking work done by the Clancys and a few other hardy souls, an almost unheard of activity.

As well as Luke Kelly, they had Ronnie Drew, the possessor of one of the most distinctive voices in the entire history of folk music. That voice, wracked with experience, whiskey and cigars, was as rich and gravelly as any that there has ever been.

Ciaran Bourke, on vocals and tin whistle, in any other band would have been the seriously good lead vocalist — in the Dubliners he was basically the back-up singer. Bobby Lynch, likewise the possessor of a very distinctive voice, left in

1965. He an be heard in earlier Dubliners albums singing The Patriot Game (accompanied by John Sheahan on the mandolin) and The Kerry Recruit.

All of The Dubliners sang in their own accents — they sang the way they spoke. Not for them a faux rural accent, or even worse, the nasal, affected whine adopted by many in the English folk clubs, nor for that matter an American accent as per rock stars and country singers. They sang in Dublin accents, and although that sounds a perfectly normal courseof action today, back in 1962 it was a revolutionary move.

Their material evoked an image of Dublin that had many facets. Although they became famous through what were basically music hall songs — Seven Drunken Nights, Black Velvet Band, The Wild Rover — their ballads were the ones that tugged the heartstrings.

Drew took over singing duties after Luke died at the age of 43.

Both imbued it with emotion and significance:

More Bertoldt Brecht than Molly Malone, the impassioned lyrics draw out an image of an old Dublin that has long disappeared. The Pillar, the Met, the quays. The Dubliners themselves were undoubtedly part of what was Dublin - in the rare ould times.