RTE STAR Tommy Tiernan revealed the "one rule" his wife has set for him when it comes to his acting career: he's "not kissing anybody" on screen.

The actor and comedian has starred in a range of shows, including Derry Girls, Dark Lies the Island, and About Adam.

However, Tommy said that he is under strict instructions from his wife not to be kissing anyone on screen.

Appearing on the Tommy Tiernan Show on Saturday night with fellow actor Helen Behan, the pair discussed how Helen switched her career from nursing to acting after a meeting film director Shane Meadows in a pub.

Following the chance encounter and her late-in-life entry into acting, Helen starred in This Is England '88 and The Virtues and Wildfire and was also nominated for a Bafta in 2020.

Getting onto other topics, Tommy asked whether she’s had to "mung" or kiss anyone on camera.

Speaking of his own experiences, the talk show host said:

"I get offered stuff every now and again to act in and my wife said that there’s one rule and one rule only - 'you’re not kissing anybody’." 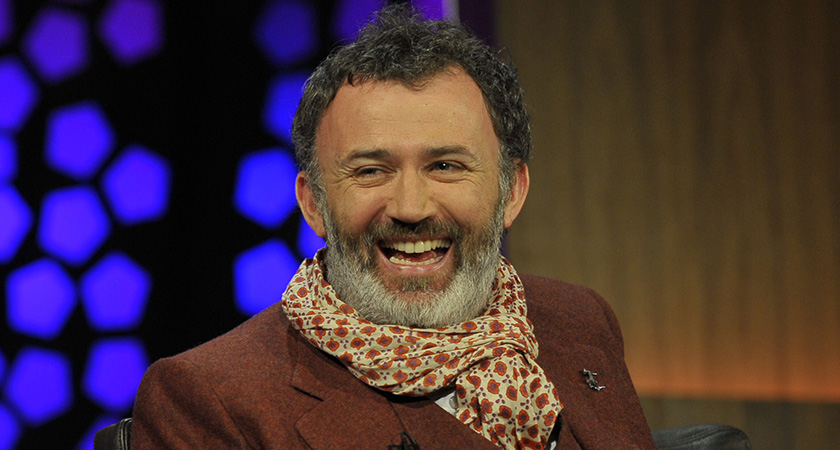 He asked Helen: "Have you had to mung anyone yet?"

Admitting that it has come up, Helen said: "I'll tell you it's come up and if it was my husband I would say, 'You're not doing that,' but I'm allowed because it's for my work.

"I don't enjoy it that's what I say to him and I don't there's nobody like my husband but I think sometimes it's unnecessary.

"If it's necessary to the story and if he's good looking I've no problem."

Tommy then asked Helen – who is best known for her role as a nurse in This is England ‘88 – whether she had been asked to strip down for any roles.

She said that she hadn't and that her young son wouldn't be very happy if his mum took on a role like that.

The mum-of four explained: "I mean I'm not 15 any more Tommy.

"I have four babies under my belt so I'm not that keen but if it's done tastefully and the duvet is over me completely I might think about it.

"There would have to be a lot of money on the table for that.

“I don't know. My son says, 'You're never doing that on the telly,' if he sees something.