WATCH: Hundreds of sheep flock to town deserted due to coronavirus

In what has become a very welcome trend since much of the world went into lockdown, animals have been appearing in places you'd least expect.

Since the rise of the coronavirus pandemic, we have seen sheep peering in the windows of McDonalds, lambs playing on children's playgrounds, and goats taking over an entire town.

There have been foxes on Grafton Street, families of ducks taking a stroll along the city centre's deserted streets, dolphins in the Venice canals and dozens of basking sharks chilling off the Irish coast.

These strange occurrences are taking place all over the world, and now the latest in a long line of 'animals in strange places' has happened in Samsun, Turkey, where literally hundreds of sheep flocked--excuse the pun-- into the deserted city. 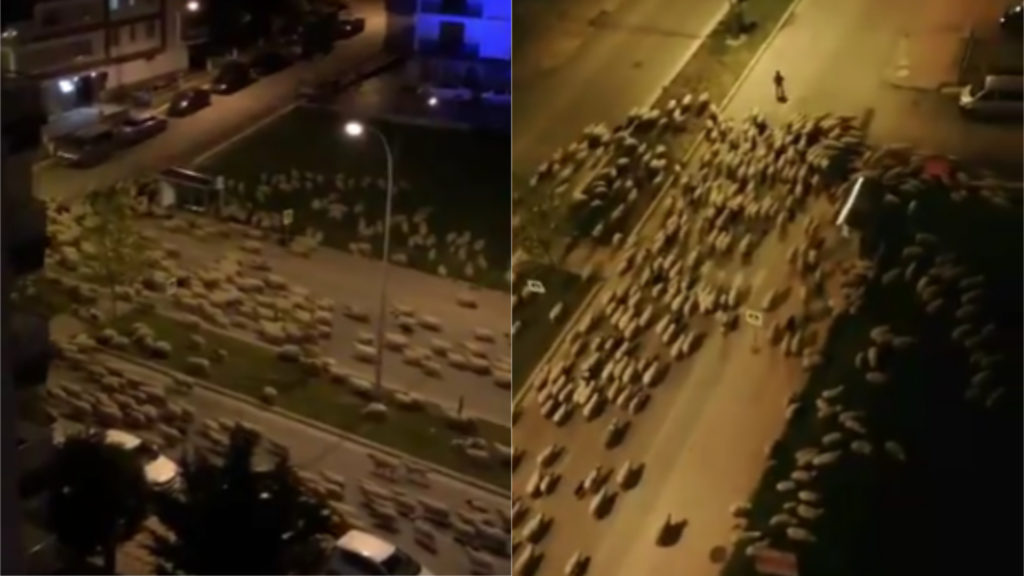 The baa-zarre footage, captured by a local from their balcony last night, shows the countless sheep tearing down the street, with some stopping to feed from grassy areas.

And while the images alone are breathtakingly weird, with the sound up it almost sounds like the city has been overrun by sheep-zombies.

Further footage from an apartment at the other side of the road shows the enormous flock seemingly following a person on the road like, well, sheep.

Whether this is an innocent, bewildered passerby or a farmer who has extremely unique ways of taking his flock from field to field, we would love to know what exactly is going on here.

Shout out to all the animals providing serious entertainment while TV and film production has been put on hold!