Your guide to the best Irish slang words and expressions

Gooza: Short for gooseberry. For example: “I’m not going to the pictures (slang for cinema) alone with them, I’d be an awful gooza.”

Dowtcha: As in ‘I don’t doubt you’, an affirmation of a truth.  For some double slang, insert the appropriate personal noun slang word after dowtcha to form ‘dowtcha girl*’, ‘dowtcha boy’ or the catch-all ‘dowtcha kid’.

Janey Mack: An exclamation of surprise, tamer than other Irish favourite ‘Jesus, Mary and Joseph’, so you can say it front of your gran without getting a right look. 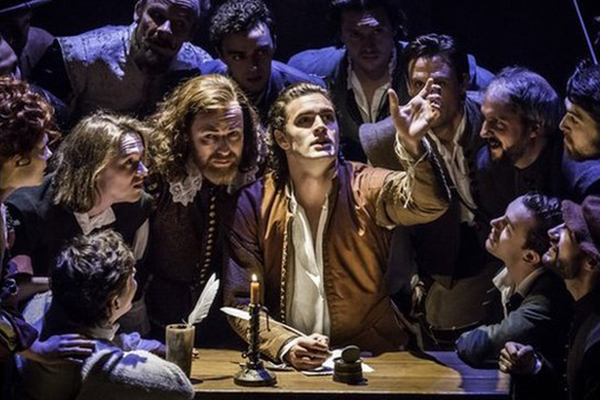 'Ah would get off the stage'

Get off the stage: Typically something your mother would say where you are being melodramatic or trying on an excuse to stay home from school.

Pure class:  Class alone denotes a top quality, but pure class is the reserved for special occasions, like when you get pure class new alloys on yer Honda Civic.

Lose the rag: To lose one’s temper, lose the head, go postal. Best not to approach someone who has lost the rag.

Blackguard: Delicately put – a man who is a stranger to the truth, or less delicately – a con artist. Or if you want more slang: a chancer.

C’mere to me: Usually c’mere to me precedes a juicy morsel of sca (slang for gossip) as in “c’mere to me till I tell ya…" but occasionally it can be more sinister. Like when you’ve done something bold and yer da says it. If someone says: “C’mere to me, I’ll brain ya” – run. 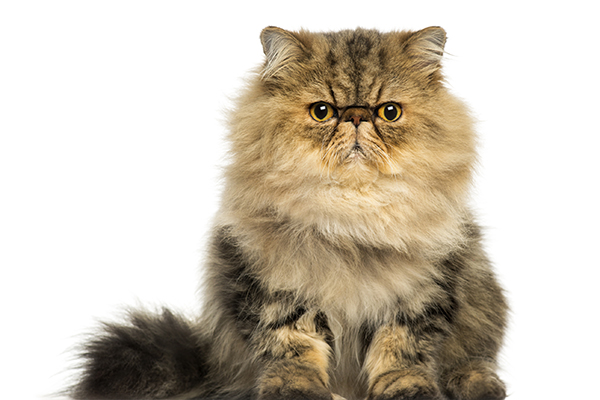 There's an awful puss on her altogether

An awful puss: A sulky face.

An article: A person, sometimes a filthy article.

Gobsh*te: Used across all Irish counties, gobsh*te is our own special term for a fool or an idiot.

Latchico: For some, this is the definitive Cork slong slang. Its origins are debated (but most likely dirty). Regardless get called a latchico and you need to take a long hard look in the mirror.

Be dog wide: Steer clear of, avoid, approach with caution. For example: “Be dog wide of yer man”.

Soft: The typically understated people of Kerry would refer to a day of lashing rain as “soft” but a person who is soft can mean a soft touch, while someone who is soft in the head is not quite all there upstairs. 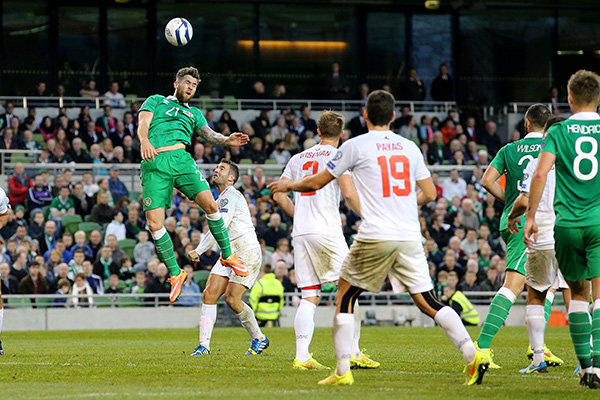 Head the ball: An affectionate term for someone who is a bit of a nutter, not clinically insane mind you - just away with the fairies.

Gaff: House, place of residence. If you are invited to a free gaff, it means the parents are away and you should definitely accept.

A jar: A drink – most probably a pint. Again, if someone says 'will we go for a jar?' it’s only right to accept, unless of course you're as sick as a small hospital from the night before.

Scarlet: Crimson with embarrassment, as in “scarlet for ya”. Or mortified: Morto. 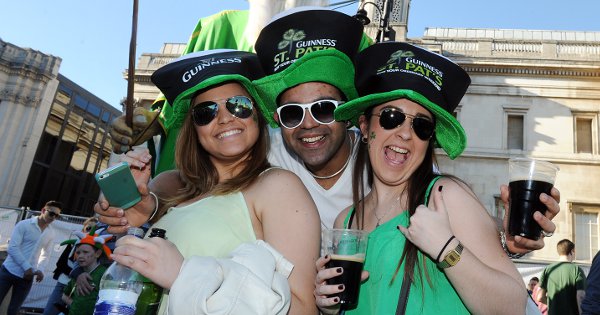 Having the craic, without any hard drugs

Savage craic: Always raises a few eyebrows when said in front of Americans who might be expecting you to pull out a crack pipe, but the meaning (social activities characterised particularly by great atmosphere and humour) is far more innocent and won’t rot your teeth.

Mickey: Penis. There I said it.

Gowl: Thanks to our Limerick cousins for this most derisive of put-downs. A gowl is a foolish person, or as we like to say an eejit.

Langer: One thing the Irish aren’t short of are words to describe gormless idiots. Langer is another treasured piece of slang, especially in Cork. Not to be confused with getting langers, which means drunk. 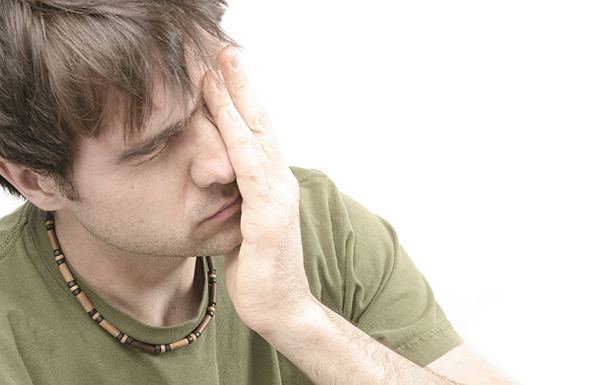 Feeling banjaxed after a night of gatting

Banjaxed: Broken. Applies to a thing (the tele’s banjaxed) or a hungover person (I’m banjaxed).

Mouldy: Three sheets to the wind, p*ssed as a coot, drunk, wasted, legless.

Lob the gob: A charming expression to describe the motion of going in for a kiss. Lob is the verb, the gob is that of one’s intended. Yeats would turn in his grave.

In bits: For when your world is in pieces, in tatters, ripping apart at the seams, destroyed – or you are just really hungover.

The state of him/her: A caustic, catty expression usually administered with a look that would wilt flowers. If the state of her won’t work, then the cut of her will.

Dose: Pejorative in most cases, as in ‘going to work on Monday is a bit of a dose’ but can also denote an amount, as I once overheard a man looking out a window onto a scenic Irish view remark: “That’s a grand dose of nature.”

Job: Something that’s good, handy, fit for purpose. Say for example you’re gasping and someone hands you a cold beer- that’s the job. 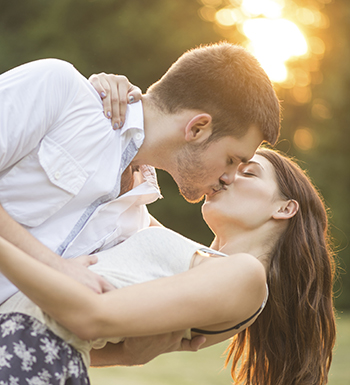 Lads, ye'll wear the face of each other

Massive: Totally and utterly brilliant. Dubs also like to say bleedin’ massive, but then they like to put bleedin’ before everything.

Stall: Stop, hold on, wait. Also the expanded version: ‘Stall the beans’ which means the same as ‘Chill the boots’ which both mean stall.

Happy out: Content - as oppose to happy and out of the closet.

The bulb off ya: Someone who looks like you. Bulb = your big soupy head.

Ride: Not a lift exactly, but rather a very sexy man or woman. Or as a verb (getting the ride, riding) - having sex.

Yer man/yer wan: Not someone belonging to you, because slavery is not ok. Yer man and yer wan (female) can be applied willy-nilly to any nameless person. If you’ve been paying attention so far then you’ll know exactly what I mean by “state of yer man like". 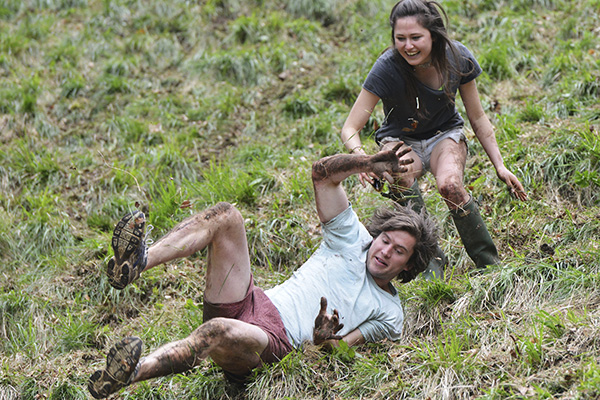 Taking a hopper in public- morto!

A hopper: Falling, tripping up. If you take a hopper in a public place – morto for ya.

I will ya: A tricky one for non-Irish, as here a double positive makes a negative. I will ya means I will not - or put more strongly 'I will in my hole'.

Gatting: A drinking session or a gat (also gatt) an alcoholic drink. Fancy a gat? Sure you do.

*Calling someone 'girl' or 'boy' in Ireland is a term of friendly familiarity, not how you address the help

Have we missed your favourite Irish slang word? Let us know on Facebook, Twitter or in the comments below