LUCKY CHARMS have pulled it out the bag for St Patrick's day this year by creating a new limited-edition cereal with magic clovers that, as well as tasting delicious, turn your milk green!

"Chase down new limited-edition Lucky Charms with clover charms that will magically turn your milk green!" Announce General Mills, creators of the cereal.

"Get them this St. Patrick's Day season before they disappear!"

To include something for absolutely everyone looking to tuck into a bowl this St Paddy's day, the special green milk edition also comes in a chocolate flavour.

Lucky Charms first launched in the US in 1964. Its creator, property developer John Holohan, put his sweet tooth to the cause of invention by chopping up pieces of Circus Peanuts, his go-to candy at the time, and adding them to his bowl of Cheerios. 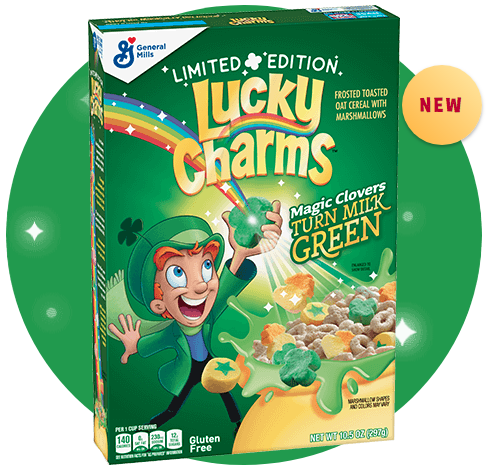 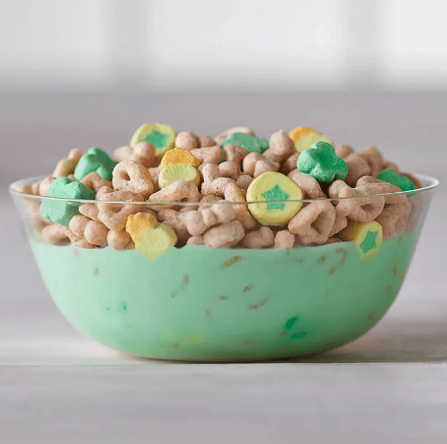 Lucky Leprechaun cereal debuted that same year in "one of the most expensive advertising roll-outs to that date featuring full-colour ads in Sunday comics and comic books plus animated ads featuring the charmin' leprechaun."

"Somewhere over a rainbow in a magical forest lives a clever, playful, and mischievous leprechaun named Lucky," the cereal makers tell us.

"His father was a wise man and knew it was Lucky's destiny to bring magic from his world to the real world. He placed eight magical charms in Lucky's hands as a way of protecting him along his journey and told Lucky to respect their magical powers and others he may encounter along the way.

"As his legend grew, children everywhere coveted Lucky's magical charms, and hundreds of games of hide and seek ensued.

"Today, Lucky outwits and outsmarts those pesky kids, discovering (and losing) his magical charms, always with children hot on his heels."