REVEALED: The Cork woman who has a moon crater named after her and nine other impressive Irish people

Agnes Clerke has a crater on the moon named after her

AGNES CLERKE developed a fascination with astrology after her father showed her the planets through his telescope when she was just a child.

Little did he know then that he had sparked a lifelong passion in his young daughter that would see her become a prize-winning author on astronomy, a member of The Royal Institution in London and have an actual crater on the moon named after her. 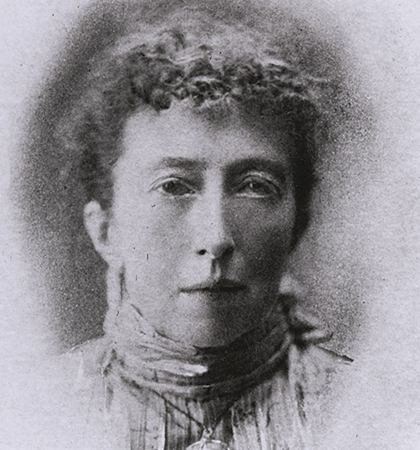 Agnes Clerke has a crater on the moon named after her

Clerke, who was born in Skibbereen in Co. Cork in 1842, is the only female member of The Royal Institution (RI) to boast such a prestigious commemoration, an honour which NASA bestowed upon her posthumously in 1981.

Through the NASA scheme, there are 30 moon craters currently named after RI members, with the other 29 given male monikers.

Clerke is just one of many remarkable people who have come out of Ireland and brought their talent with them as they emigrated across the world over the centuries.

Here are ten prominent Irish people, past and present, who found success after emigrating to Britain:

Agnes Clerke was born in Skibbereen in County Cork in 1842. As a child, her father had a telescope and showed her the planets – and so began her lifelong fascination with astronomy. In 1867, she moved to Italy due to ill health, and then to London in 1877. She wrote numerous articles on astronomy for journals, and also contributed to Encyclopaedia Britannica and the Dictionary of National Biography. She gained renown worldwide with her book ‘A Popular History of Astronomy during the Nineteenth Century’. In 1892, she won the Actonian Prize, and later became a member of The Royal Institution in London and the Royal Astronomical Society – one of a very small number of women. She was commemorated by NASA in 1981 with a crater named after her on the moon near the Sea of Serenity. There are thirty craters named after members of The Royal Institution, but Clerke is the only woman to have received the honour. She died in London in 1907, aged 64.

Born in The Glenties in County Donegal in 1889, Patrick MacGill left school aged twelve when he was sent to a hiring fair in Strabane in County Tyrone. He was hired on as a farmhand, and worked on farms for two years before setting off to pick potatoes in Scotland and later finding work as a navvy, working on the railways. His collection of poetry about his experiences, ‘Gleanings from a Navvy’s Scrapbook’, led to him becoming known as ‘The Navvy Poet’. His talent for writing was soon noticed, and he was offered a job with the Daily Express on Fleet Street, going on to work at Windsor Castle. He joined the army in 1914, writing much about his experience of the front-lines as a stretcher-bearer during WWI. In his time, he published 20 novels. MacGill immigrated to the US in 1930, where he died in 1963 following a long battle with multiple sclerosis. 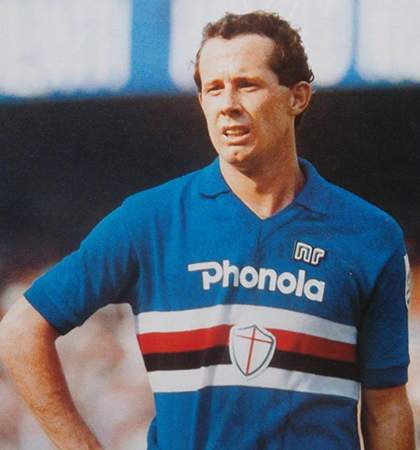 Liam Brady was born into a footballing family in Dublin

Liam Brady was born into a footballing family in 1960s Dublin, playing soccer for the Northside team St. Kevin’s Boys as a schoolboy. He was also a talented GAA player, but claims he was expelled from school, after choosing to play a soccer game that clashed with a school GAA match. Brady was noticed by scouts for a number of top English clubs, and at thirteen he took part in trials for Arsenal. By the age of fifteen, he had left Ireland and was playing for Arsenal full-time. Playing his first senior competitive league match in 1973, the Dubliner’s skills made him a legend for the club, going on to be awarded PFA Player of the Year in 1979. Juventus later made a bid for Brady, and in his first season they won the Serie A league. He won two titles in two years with the club. He also went on to play for Sampdoria, Inter Milan, and Ascoli, and then returned to England to play with West Ham United. Brady also notched up 72 international caps for the Republic of Ireland. Off the field, there were spells managing Celtic and Brighton & Hove Albion and nowadays he is a football pundit on RTÉ television. 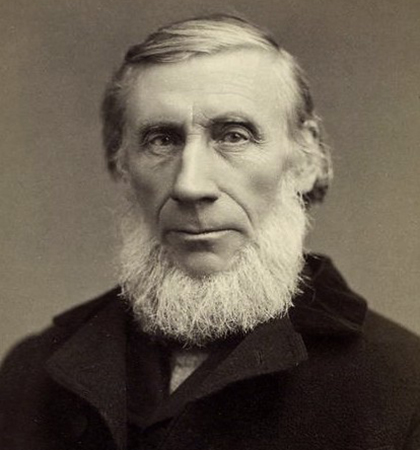 John Tyndall was born in 1820 in Leighlinbridge, County Carlow, and went on to become an experimental physicist. He first worked as a surveyor with the Ordnance Survey, and then in 1853, became Professor of Natural Philosophy at the Royal Institution in London. Notably, Tyndall explained why the sky is blue – a result of the wavelengths of light being scattered by the atmosphere. He carried out pioneering climate change research, demonstrating the effect of greenhouse gases on the earth’s temperature, becoming the first to outline their dangers, in what we now know as the greenhouse effect. He also carried out extensive work on bacteria alongside Louis Pasteur – proving Pasteur’s germ theory – and published twelve books on science. Also known as one of the founders of the sport of mountaineering, he was the first person to climb the Weisshorn in the Swiss Alps. Tyndall died in 1893. 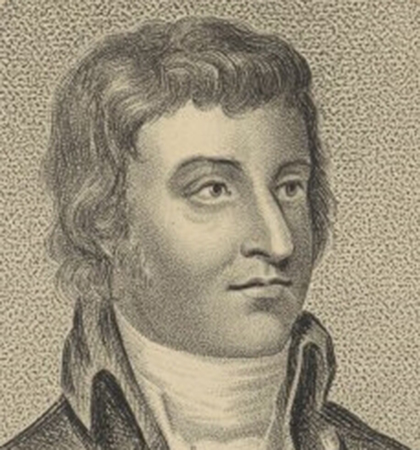 George Barrington was born in 1755 in Maynooth, County Kildare. A rebellious child, he reportedly stabbed a classmate during a fight at the age of sixteen. He is known as an author, a popular London socialite – and, most infamously, as a con artist and pickpocket. Though he committed many crimes, Barrington famously maintained, ‘I never pilfered any man of his fair name’. He posed as a gentleman in London to pickpocket and was frequently arrested – though his well-off friends often had him released. However, his luck ran out in 1790 when he was tried for stealing a gold watch and chain and sentenced to transportation for seven years. Arriving in Sydney in 1791, he landed a position with the police on account of good behaviour, and received a pardon in 1792 for good conduct. He was appointed Chief Constable of the Police at Parramatta in 1796. In 1800, however, he became ill and was forced to resign his position, and died in 1804.

Orla Kiely is regarded as perhaps the most successful Irish designer. She began her career at the National College of Art and Design in Dublin, founding her company in 1997 with her husband. Her designs are inspired by her childhood kitchen in Dublin – 1970s style, with shades of olive, orange, and white – her statement colours. The Irish countryside is also an inspiration, and one of her prints is inspired by rhododendrons at Ballyvolane House in County Cork. Based in London, she has created a global brand and was awarded an OBE in 2011 for her work in the fashion industry. She began her career designing hats, moving on to design handbags, kitchenware, clothes, and more. Her designs are instantly recognisable, and have been used on everything from kitchenware to buses and even a range of Citroen cars! She regularly returns to Ireland, and one of her designs was featured on an Irish stamp in 2010. 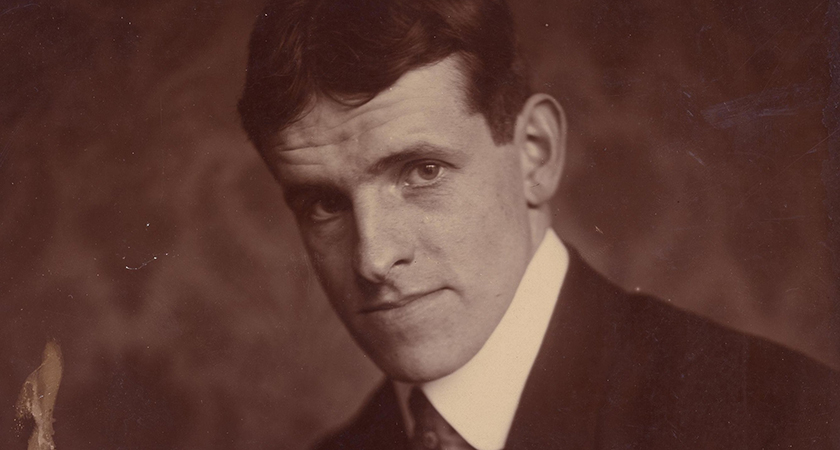 Jack Butler Yeats is one of Ireland's best-loved writers

Jack Butler Yeats was born in London to Irish parents in 1857, and his family moved around between London, Sligo, and Dublin. He settled in London in 1887 to study at the South Kensington School of Art, and later at the Chiswick School of Art. As a painter, Yeats mainly depicted scenes from Irish life and Celtic mythology. He produced many important Irish works of art after the Irish War of Independence. In his early career, he used watercolour in his work for a more delicate approach, and later switched to oils using thick layers and textures for bolder, more expressive works – often on the theme of social or political commentary. He was the first Irish painter to sell a work for the value of one million pounds. Yeats also worked as an illustrator and in 1894, produced the first cartoon strip for the Sherlock Holmes series.

Dara Ó Briain, from Bray in County Wicklow, is one of Ireland’s most famous comedians. After studying mathematics and theoretical physics, he began his career as a children’s television presenter on Irish television. He says, “I ran away to the circus. I could have done science, but I became a clown instead.” A fluent Irish speaker, he tours the world performing comedy while also hosting television shows on everything from comedy to science, video games, and travel. He is probably best known for hosting topical comedy show ‘Mock the Week’. He recently published his first children’s book on space, and has also worked as a newspaper columnist both in Ireland and the UK. In 2004, he was voted number 16 on Channel 4’s ‘100 Greatest Stand Ups’, and has won a number of comedy awards including the ‘Best Headliner’ award from the ‘Chortle Comedy Awards’.

Spike Milligan was born in India to an Irish father and English mother in 1918. Raised in India and Burma, he moved to England with his family in 1933. He joined the army during World War II, and began entertaining the troops towards the end of the war. After the war, he worked on comedy routines with Peter Sellers and Michael Bentine which were broadcast on the BBC in the 1950s first as ‘Crazy People’ and later as the famous ‘The Goon Show’ which ran for nine years. Well-known for his comedy, poetry, writing, and acting, he won many awards in his time, and was awarded an honorary knighthood in 2000. The award was honorary on account of the fact that he was denied British citizenship due to his Irish father. His tombstone – his final joke – is written in Irish and reads, ‘I told you I was ill’.

George Bernard Shaw was born in Dublin in 1856, and moved to London in 1876 where he became a theatre critic for the Saturday Review. Shortly after, he began to write his own plays. His play ‘Pygmalion’ has been adapted for film twice, and won an Academy Award for the screenplay in 1938. The musical version, ‘My Fair Lady’, became immensely popular – particularly the 1964 version with Rex Harrison and Audrey Hepburn. He won a Nobel Prize in Literature for his plays, of which he produced over 60 – though his novels were widely refused by publishers. Shaw is one of only two people to have been awarded both an Academy Award and a Nobel Prize (Bob Dylan is the other, though Shaw has also inspired the naming of two Dublin pubs). He has been described as the best comic dramatist of his time, and is also perhaps one of our most influential playwrights. He died in 1950 at the age of 94. 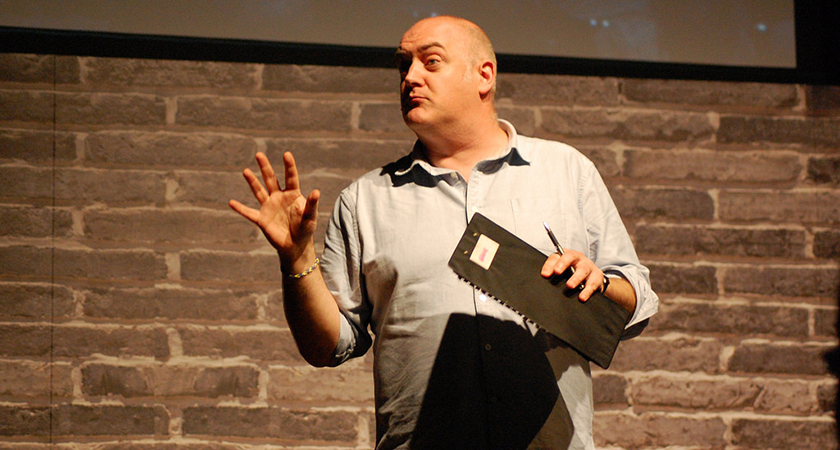 Dara O Briain is one of many successful Irish emigrants to Britain (Pictures: EPIC Museum)

These stories are among those of more than 300 Irish emigrants told at EPIC The Irish Emigration Museum in Dublin, which prides itself on documenting “the story of the 70million people worldwide who claim Irish descent”.