CORK'S Spike Island was once home to a prison that held over 2,000 inmates, the largest in the United Kingdom, as it was constituted back then.

Convicts sent to serve a prison sentence on the island in Cork Harbour often never returned.

For years the high death rate was blamed on the famine raging outside.

But the discovery of a graveyard, which had been dug under many metres of earth in the prison, has unearthed the real reason why 1,200 convicts died on the island between 1847 and 1883…

1. Spike Island was first used as a religious sanctuary

In 635 AD the Munster saint, St Mochuda was said to have founded a monastery on Spike Island. St Mochuda spent a year on the island before leaving his three disciples to watch over the settlement.

2. The island had been used as a place of detention long before the 19th century

In the 1640s, during Cromwell's campaigns, the island was briefly used as a holding centre for the transportation of thousands of dispossessed Irish people to the West Indies.

From Spike they were "transplanted" to Barbados where they lived out their lives as indentured servants or slaves.

By the middle of the 19th century, convicts were detained long-term on the island and prisons were built to house them permanently.

4. Most people imprisoned were there for stealing

Although some inmates had committed more serious and often gruesome crimes, most of Spike’s inhabitants were imprisoned for fairly minor crimes.

As a result of the famine, there was an increase in crime and therefore prisoners. 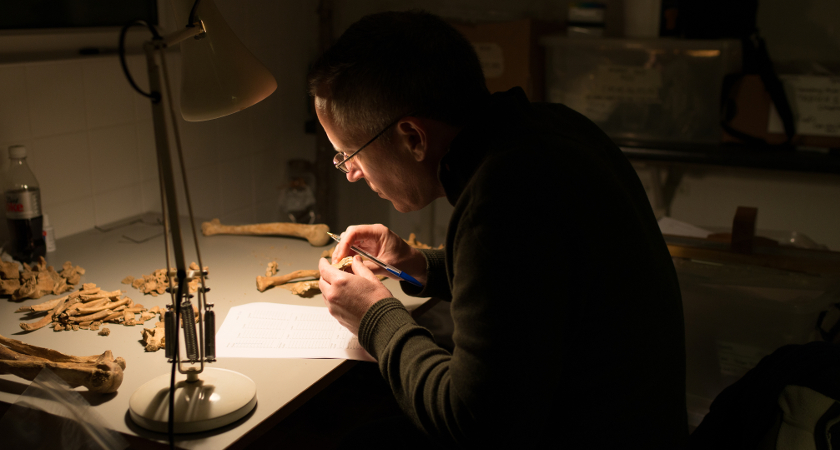 For many years it was thought that the high mortality rate at the prison was down to the potato famine that was causing over a million people to die from starvation all over Ireland during the 1850s.

But new evidence uncovered by the discovery of a graveyard on the island has revealed that the prison was “a public health catastrophe”, with over 2,000 men packed into overcrowded dormitories.

6. When prison numbers were reduced in 1854, the death toll fell dramatically

In 1853 a record 286 prisoners died on Spike and were buried on the east on the island.

In 1858, four years after the number of prisoners was reduced, only two people died whilst being held captive.

7. Now no longer a prison, you can visit Spike Island from June 4

In 2010, the Department of Justice and Law reform handed over control of the prison to Cork County Council.

It has been closed for construction work for almost a year but will reopen to visitors wishing to explore its secrets from June 2016.

The full history of Spike Island is revealed in a new book Too beautiful for thieves and pickpockets: a history of the Victorian convict prison on Spike Island by Dr Barra O’Donnabhain and Cal McCarthy, published by Cork County Library.