MAL ROGERS' 2008 Guide to Northern Ireland was voted the Travel Book of the Year by the British Guild of Travel Writers – he has now been commissioned to produce a guide to all nine counties in Ulster, which will be published later this year. Here he shares his highlights from the nine counties — plus a separate mention for the capital city of Belfast...

MUST-SEE: Crom Estate (pictured above) is the largest area of natural woodland in Ulster, a haven for wildlife. In spring time the bogland is home to a profusion of flowers, plants and mosses. The wooded islands and peninsulas are often cited as the loveliest in all Ireland.

OFF-BEAT FERMANAGH: Cadaragh Cemetery on Boa Island in Lower Lough Erne is home to two extraordinary stone statues – the seemingly gloating Boa Man, also known as the Lusty Man (he came from the island of Lusty More), and the Janus Stone.No one knows if these are pagan or Christian statues, although latest guesstimates for the stones’ age is around 2000 years. 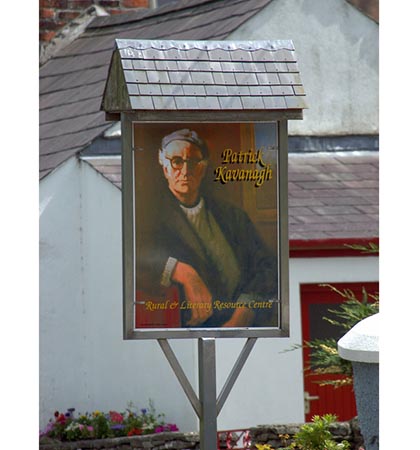 MUST-SEE: The Patrick Kavanagh Centre, Iniskeen. Letters, manuscripts and memorabilia of the poet who wrote (amongst many other masterpieces) Raglan Road.

OFF-BEAT MONAGHAN: Co. Monaghan has its fair share of quirk and Castle Leslie in Glaslough is truly one of the most eccentric hotels in these islands.

The village itself, named after its romantic green lake, is one of the most beautiful, planned settlements in Ireland.

Over the years many luminaries have stayed at Castle Leslie, including Jonathan Swift, WB Yeats and Winston Churchill.

MUST-SEE: The Ardboe Cross. In an old graveyard on the shores of Lough Neagh some dozen miles east of Cookstown stands the best preserved High Cross in the North. The 10th century cross is over 15 feet tall with 22 sculptured panels.

OFF-BEAT TYRONE: The Dun Ruadh tombs and stone circle are situated on the sweeping curve of Crockyneill near Omagh. Beyond the graves, further up the hill, a Mass Stone built sometime in the 19th century survives. It is a beautiful, yet poignant place. 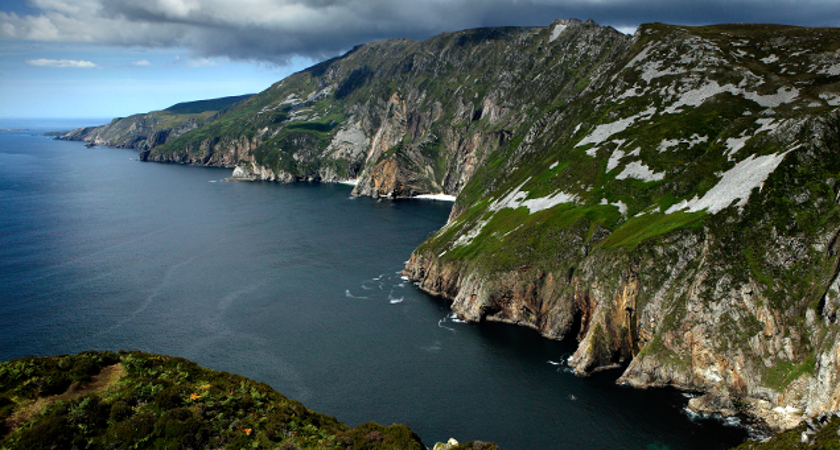 MUST-SEE: The Slieve League Cliffs, overlooking Donegal Bay, are the highest in Europe with a sheer drop of 1972 ft into the Atlantic. This is where the Old World comes to an abrupt end, with only three thousand miles and a million seabirds between you and New York. For the best views of the naked rock face plunging down to the restless Atlantic below, head along One Man’s Path which traverses the ridge in spectacular fashion. However, this is no place for those scared of heights, or indeed widths.

OFF-BEAT DONEGAL: Gleann Cholm Cille— this is a remote part of Ireland’s most northerly county, so isolated that most of the locals probably haven’t heard the British have finally left. 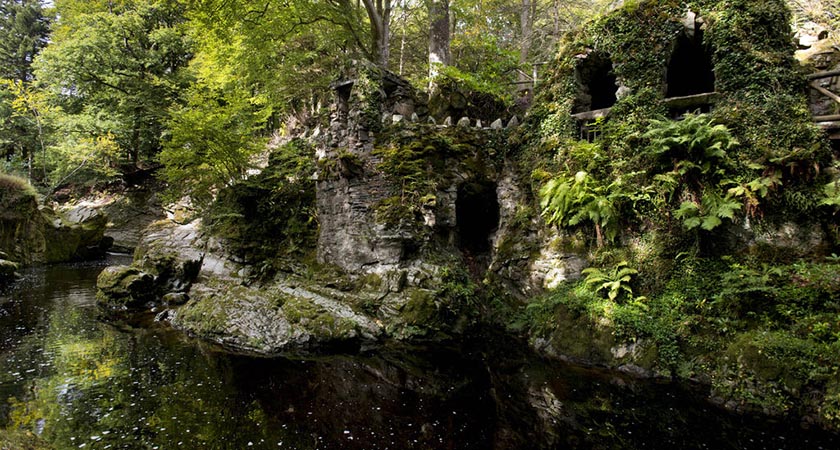 MUST-SEE: With the aforementioned Game of Thrones being filmed extensively in Tollymore Forest, this has to be the number one pick for Co. Down. In the shadow of the Mourne Mountains, the forest is a spectacular collection of rare trees, babbling rivers and gothic follies. Aside from Game of Thrones, many literary figures have strode the forest’s paths and found inspiration here, including CS Lewis, Edward Lear and Bram Stoker.

OFF-BEAT DOWN: Castle Ward, a National Trust property overlooking Strangford Lough, boasts dual architecture. While the entrance side of the building is done in classical style, the opposite is distinctly Gothic. 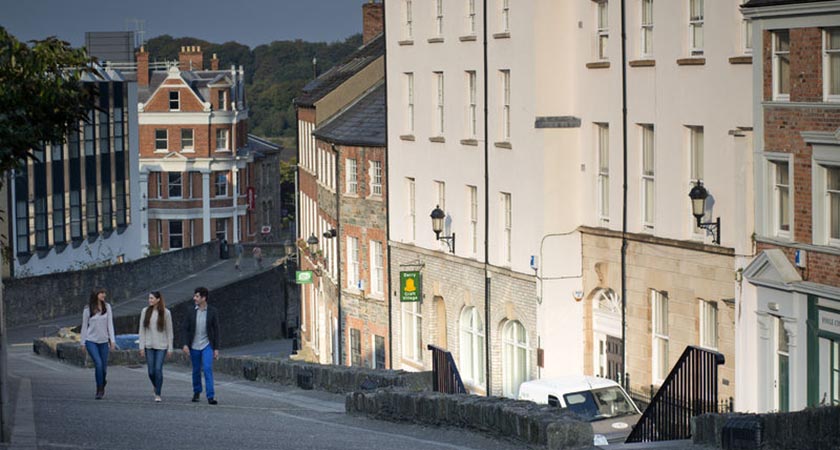 MUST-SEE: Derry’s ancient walls are amongst the finest in Europe, and their accompanying history is tumultuous and at times terrible. But it’s a pub that’s our essential visit — Peadar O’Donnell’s on Waterloo Street is the fulcrum of traditional and contemporary music in Derry. Sessions are held every night of the week, as well as weekend afternoons. The craic is ninety, but EU regulations are often breached with gusts up to 170. 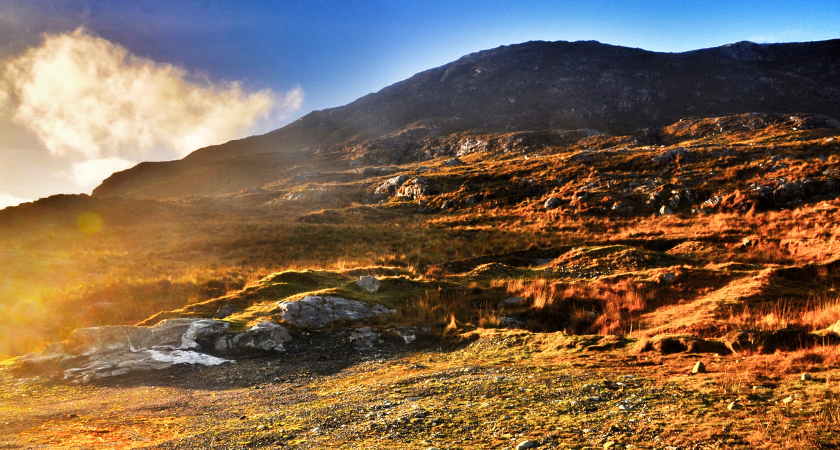 The Breifne Mountains in Cavan reach a peak of 665 meters high.

MUST-SEE: The Breifne Mountains are home to the highest point of Cavan, Cuilcagh at 665 metres (2,182 feet). The Shannon Pot, a deep, brown pool on the slopes of Culicaghisthe source of the River Shannon.
It’s a master of understatement,seeming much too insubstantial to be the source of one of Europe’s great rivers — although to be fair, in ancient times it was the home of the Salmon of Wisdom.

MUST-SEE: Slieve Gullion is a destination for geologists from around Europe, being a text book example of an extinct volcanic ring dyke system. In layman’s terms this means you can stand on top of the central mountain, Slieve Gullion, and see an encircling ring of lesser peaks. Laurence Llewelyn-Bowen described Slieve Gullion as simply “one of the most beautiful places in the world”.

OFF-BEAT ARMAGH: Royal Irish Fusiliers Museum is an absolute must if you’ve any interest in military history, and still a good bet even if you haven’t. Irish, British, French, American histories are all explored. 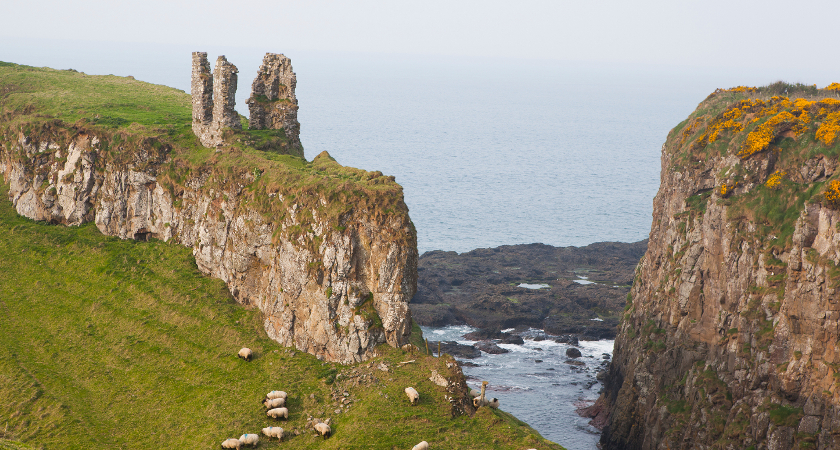 MUST-SEE: The Giant’s Causeway, one of Ireland’s three World Heritage Sites, elects itself as the number one sight. At times spectacular, at times ethereal and other times downright odd, you’ll probably believe in giants yourself by the time you leave here.

OFF-BEAT ANTRIM: According to tradition, St Patrick blessed the early Dunseverick Castle. And the fortification’s dramatic setting on a peninsula jutting into the ocean means it has appeared on screen, both small and silver. 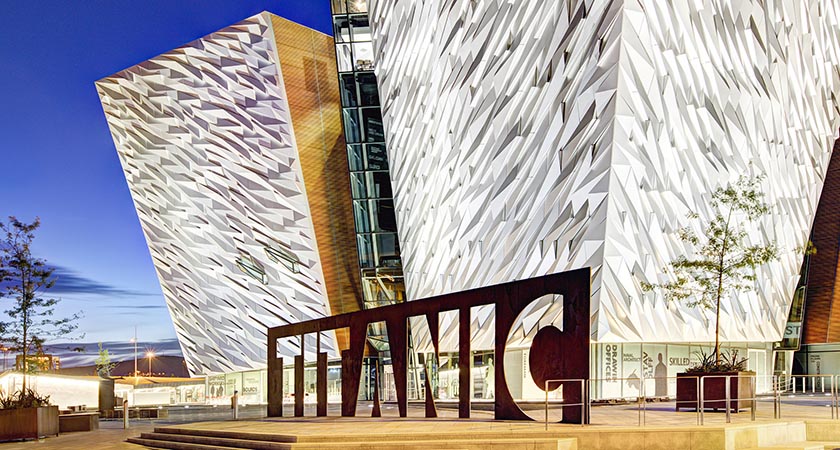 MUST-SEE: This hard Victorian metropolis has few fripperies, an absence of elegant boulevards, and not much in the way of jack-the-lad architecture — with the exception now, of Titanic Belfast. Despite its lack of stand-out features, Belfast does have plenty of landmarks: the Crown Liquor Saloon, the Murals (surely one of the strangest legacies any war has left), the Ulster Museum and The Entries — a cluster of narrow alleyways or closes in the city centre. These are all that remain of Belfast’s oldest quarter. But it has to be the Titanic Belfast that gets our nod. Inside this eye-catching building the story of the world’s most famous boat since Noah’s Ark is explored from every angle.

OFF-BEAT BELFAST: The Linen Hall Library on Donegall Street North is a truly absorbing place. United Irishman Thomas Russell, librarian here, was executed in 1803 — possibly the most exciting thing to happen to a librarian, anywhere. The library’s huge collection of books, pamphlets and letters gives an insight into the history of Ireland in general and Ulster in particular.