It's a baby boom at this Irish zoo

BABY animals are regarded as some of the cutest creatures around and this year Belfast Zoo has been in luck.

Newborns have being popping out left, right and center over the last year alongside some other new additions to the Northern Irish zoo. 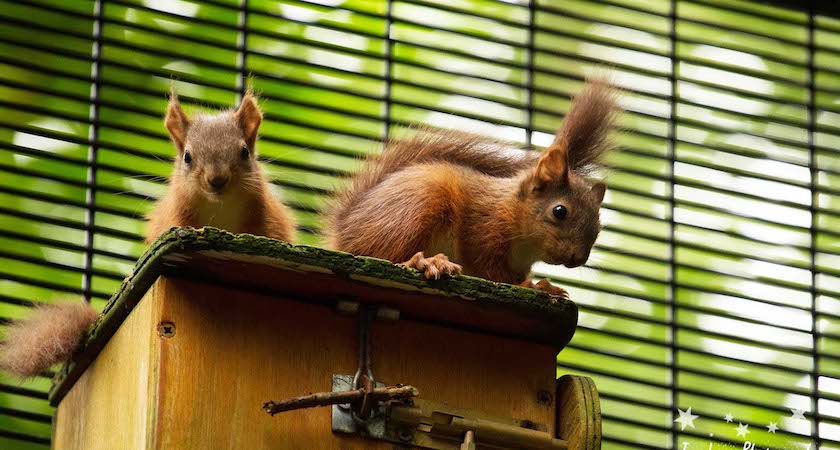 Belfast Zoo is celebrating a conservation success with the birth of five red squirrel kittens - spotted outside of their drey for the first time at the start of July.

The population has dramatically declined due to the loss of their forest habitats in addition to competition from the invasive grey squirrel that carries a lethal pox virus.

Zoo manager, Alyn Cairns said: "Animals on our own doorstep are facing increasing threats and populations are disappearing at an alarming rate.

"In 2012, following the culmination of many years of work and consultation with local wildlife organisations, we opened red squirrel nook.

"In January 2017, we were approached by the PSNI who had rescued a young male red squirrel who could not return to the wild.

"It is this rescued male that has now become our breeding male and the father of our latest five kittens. We are delighted with the continued success of red squirrel nook and the zoo’s continuing native species projects.”

Belfast Zoo welcomed 11 porcupines to the family during the month of June, this prickle (a group of porcupines) have arrived from a zoo in Spain that recently closed down.

The team claim all of the animals have distinct personalities.

These particular porcupines are known as 'Cape Porcupines' and are the largest rodents in Africa, found across the south and central.

These creatures have long, bristly hairs that run from the head to shoulders, the back and sides are covered in long quills that will raise and rattle as a warning sign in the face of danger.

One of the 11 new porcupines

Male penguins had set to work filling their nest with pebbles and stones as a sort of 'penguin courtship', seeing as the female Gentoo would pick her mate based on the pebbles she was given.

Females lay up to two eggs, which are then be incubated by the male or female for 30-40 days.

Gentoo penguins are found in the Arctic but are unfortunately are under threat due to levels of marine pollution, over fishing and global warming.

According to one of the zoo's keepers: "Penguins are one of the most popular species at Belfast Zoo, especially the underwater viewing area where visitors can admire their swimming skills." 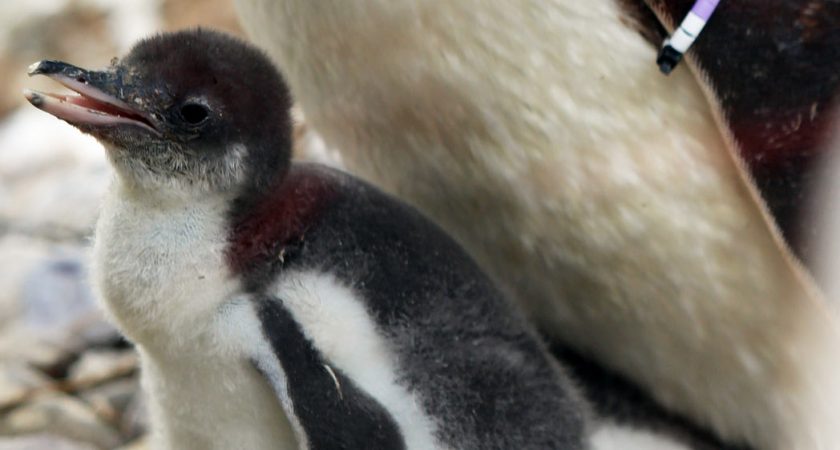 A Gentoo penguin chick with its parent

After a 15-month pregnancy, mother Daisy gave birth to Gilbert the giraffe alongside father Finn.

Giraffes give birth standing up, the feet delivered first and then the head, neck and shoulders.

Once fully delivered the calf drops a five foot fall, which does not hurt and enables the giraffe to take its first breath.

The calf is five to six feet in height at birth, learns to stand within 30 minutes and can run just after 10 hours.

Rothschild's giraffes are the most endangered, as they can only be found in small areas of Africa, such as in protected sites of Kenya and northern Uganda.

Belfasy Zoo curator Raymond Robinson said: "We are proud to be Northern Ireland’s only zoo and it has long been a tradition that giraffe calves born here are named after towns and villages in Northern Ireland and Ireland which begin with Bally".

Another Rothschild's calf was born in April 2016. 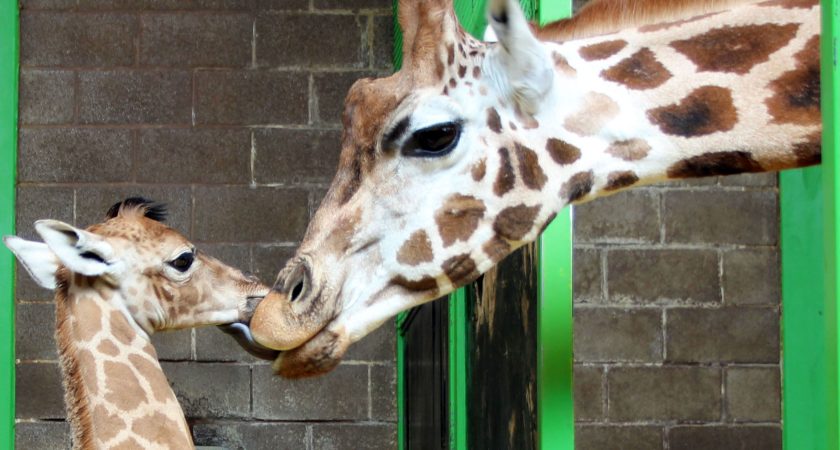 This individual species of lemur do no carry their young by letting them cling like the others, but rather carry the babies in their mouth or leave them safely in a nearby tree.

According to Belfast Zoo, the female triplets are becoming more mischievous and confident with their surroundings.

White-belted ruffed lemurs are found on the island of Madagascar, which has one of the most endangered ecosystems on the planet with 80 per cent of the forest lost since 1950.

Zoo manager Alyn Cairns said: “Some research has estimated that if the rate of deforestation in Madagascar continues, lemurs could be extinct within 25 years." 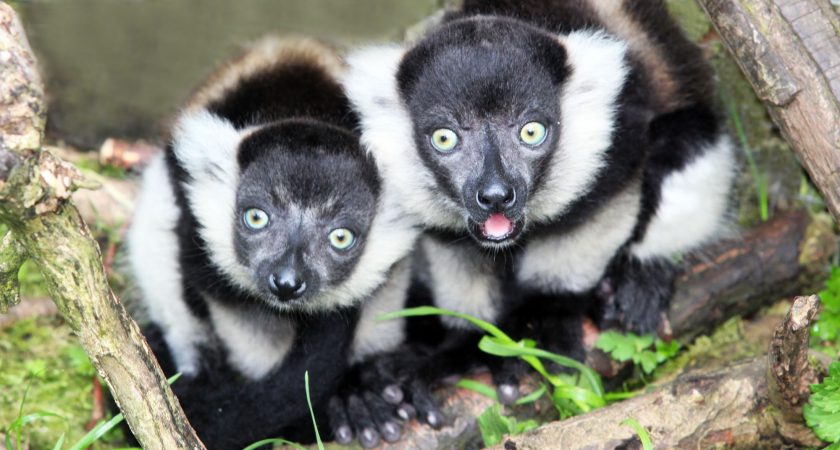 Two of the three musketeers

This species of marsupial dwells in the trees of mountainous rain forests in places such as Papua New Guinea and Indonesia.

It hasadapted to its tree life as it can climb up to 20 feet, jumping more than 30 feet through the air from branch to branch.

Unfortunately, this species is also at threat due to hunting and destruction of habitat.

Zoo manager Alyn Cairns said: “Belfast Zoo is committed to the conservation of species in danger and we take part in a number of global and collaborative breeding programmes." 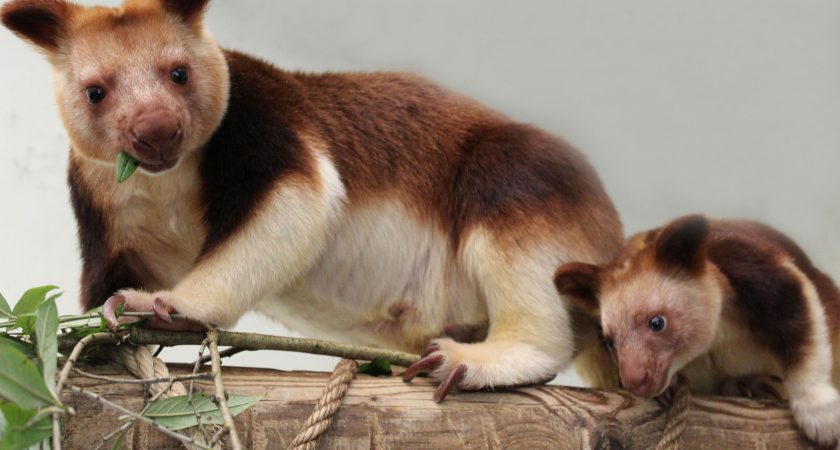 Vixen, a female red panda, arrived on the Belfast Zoo scene this April all the way from Dresden Zoo in Germany; introduced to the the male panda, Chris, later on in May. The word ‘panda’ originates from the Nepalese ‘Nigalya ponya’, which means ‘bamboo eater’, bamboo being the staple food for pandas.

Red pandas in particular are found in the mountains of the Himalayas, they get their name due to the fiery colour of their coat, in China they are called the ‘hon ho’ which means ‘fire fox’.

These beautiful creatures are highly endangered and even extinct in some parts of China, therefore the Zoo hopes to breed the pandas for the species conservation. Alyn has said: "We look forward to hearing the pitter patter of little panda feet in the future". 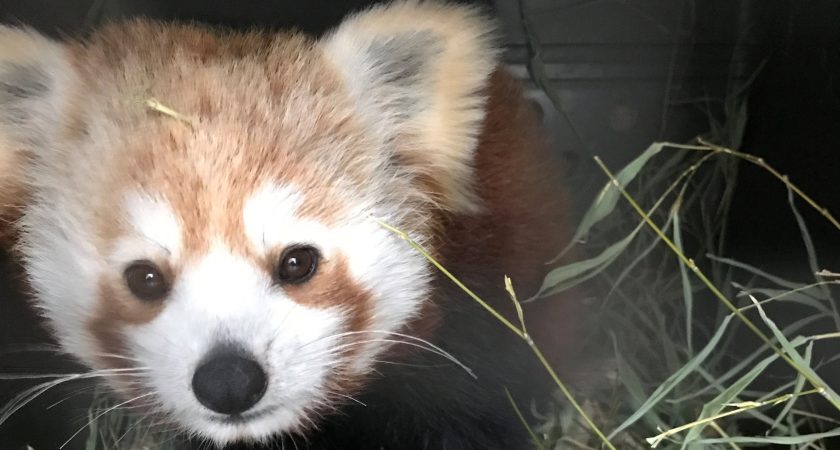 Vixen as she arrived from Germany

The Belfast Zoo celebrated the first Andean bear cub born in more than 20 years since her dad Spook, who lived with parents Omero and Minky until they passed away in 2010.

As part of the European breeding programme, Alice came along, and there were not high hopes for her and Spook as they did not get on well with each other; however to everyone's great surprise they discovered Alice's pregnancy last year.

Andean bears live in the isolated cloud forests on the slopes of the Andes Mountains, stretching from Venezuela to Peru, one of the eight bear species found in the world, they are the only ones found in South America.

These animals are also under threat as they are hunted for meat and medicine, their habitats destroyed by agriculture.

"On 31 May the zoo vet carried out some health checks on the cub and discovered that the latest arrival is a girl and she has since been named Lola!...Lola is now old enough to leave the den and start to explore. Already Lola is learning from Alice and climbing the rocks, trying new foods and getting up to mischief". 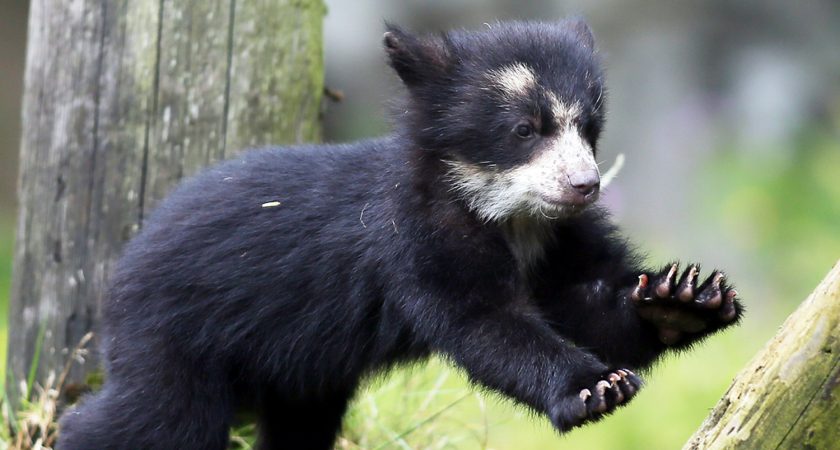 During May of last year, parents Lola and Charlie welcome four pups; members of the largest rodent species in the world, in the wild they are found in South America and are semi-aquatic (meaning they can stay underwater for up to five minutes and have webbed feet).

This allows them to hide from predators, their scientific name means 'water hog'.

They live in family groups of 20 to 40, and are incredibly vocal, communicating through barks, whistles, huffs and purrs. Zoo curator Alyn Cairns said: "While the capybara is not currently classified as an endangered species, it is hunted and poached for its meat and skin".

In the spirit of the occasion, a François’ langur, was named Xiwang (meaning ‘hope’ in Chinese), born to parents Ajay and Nicolene; the name hope coming from the fact that the species is facing increasing threat in the wild.

These animals typically live in groups consisting of one male, a group of females and all of the offspring; females in the group often 'babysit' to let the other mothers rest and eat.

However, newborns are born ginger and their colour changes slowly as they mature”.

François’ langurs are found in the tropical forests and limestone hills of China, Vietnam and Laos, with increasing danger to the existence of these animals, research suggests that there is a 50 per cent decline in these animals over the past 36 years.

It is safe to say that Belfast Zoo have their work cut out for them!

In Pictures... Surprise arrival of baby giraffe at Belfast Zoo