Couple ordered to hand over $400,000 they raised to help homeless man before 'spending on their own lavish lifestyle'

A US COUPLE who raised more than $400,000 for a homeless man after he used his last few dollars to help them get home have been ordered to turn over what is left of the cash to him.

Mark D’Amico and Katie McClure decided to help Johnny Bobbitt after he gave them his last $20 (€17.20/£15.40) for petrol when their car ran empty late one night in Philadelphia.

A judge issued the order to the New Jersey pair they posted pictures online showing themselves driving a new BMW and enjoying holidays in LA, Las Vegas and the Grand Canyon.

Mr Bobbitt's lawsuit alleges that they committed fraud by taking a large portion of the donations raised for him on GoFundMe for themselves.

D’Amico and McClure deny the allegations, arguing they are wary of handing the army veteran large sums as they fear he will buy drugs. 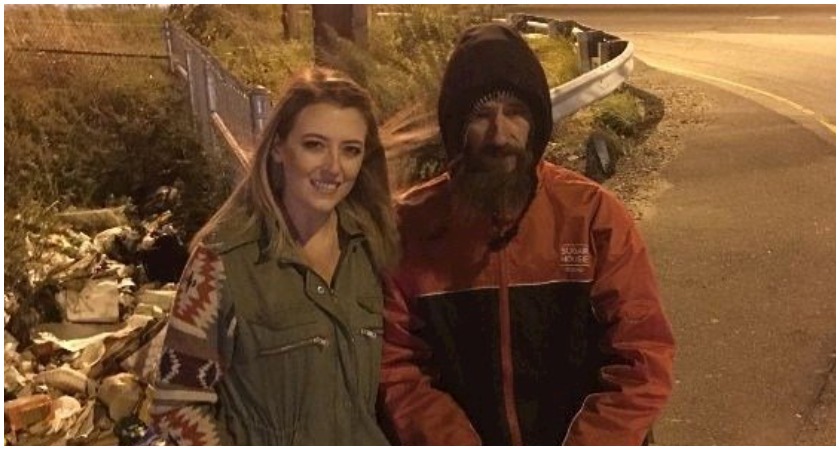 Johnny Bobbitt and Katie McClure on the night they met (Image: GoFundMe)

More than 15,000 people have made donations to the campaign in the belief it would go towards helping the rough sleeper escape the streets.

Ms McClure and Mr Bobbitt appeared on shows such as Good Morning America and conducted several interviews together, but the relationship quickly went sour.

It was a sad end to a friendship that began when Mr Bobbitt bought Ms McClure petrol and - although she didn’t have money to repay him at the time - she sought him out days later to give him money, food and water.

Mr D'Amico claims Bobbitt spent $25,000 in less than a fortnight in December on narcotics, in addition to paying off overdue legal bills and sending money to his family.

The couple also say they bought Mr Bobbitt a camper with some of the funds and parked it on land owned by Ms McClure's family in Florence Township, New Jersey.

However, Mr Bobbitt became homeless again after Mr D'Amico told him he had to leave the property in June.

During an appearance on US television on Monday, D'Amico revealed there is well over $150,000 left of the donations.

Christopher C. Fallon, one of Mr Bobbitt’s lawyers, said that his client's legal action was taken after D’Amico ignored multiple requests for a full accounting of the money raised by the GoFundMe campaign.

"He’s really left us with no choice but to go forward," said Mr Fallon - one of two pro bono lawyers from Cozen O’Connor in Philadelphia who Bobbitt retained last week.

The judge ordered D’Amico and McClure to transfer the remaining money into an escrow account by the end of business on Friday and hire a forensic accountant to review the financial records within 10 days.

The funds will be transferred to an account controlled by Mr Bobbitt's lawyers but cannot be used until the judge determines how they should be managed.

A guardian was not appointed to oversee the money, but one could be appointed at a later date.