STARS AND the creator of hit show Derry Girls have reacted to an ex-Minister's claim that the show is 'distinctively British'.

Given the premise of the show-- Irish teenagers in Derry living through the 'Troubles', who attend a Catholic school, escape the city during The Twelfth and regularly refer to themselves as Irish-- a comment from a former UK Media Minister stating the show is 'distinctively British' has, understandably, caused some controversy.

John Whittingdale-- who has just been axed as Media Minister in Boris Johnson's recent reshuffle-- earlier this week told the Royal Television Society that he wanted a new legal requirement for public service broadcasters to produce more "distinctively British content".

Derry Girls is 'Distinctively British'? The stars might have something to say about that... (Channel 4)

According to The Belfast Telegraph, Mr Whittington admitted that 'Britishness' was a "difficult concept to measure", but explained he meant "programmes that are ours and only ours, that could only have been made in the United Kingdom".

"Take Derry Girls, a show that addresses the Troubles and the rise and fall of Take That with equal passion-- it could only have been made here."

Mr Whittingdale's comments immediately caused a mocking Twitter storm, with one person tagging Derry Girls creator Lisa McGee in the article, to which she replied:

"The most 'ach, I can't be dealing with this today' headline I've seen about the show. And there's been a few."

"But what would I know?" 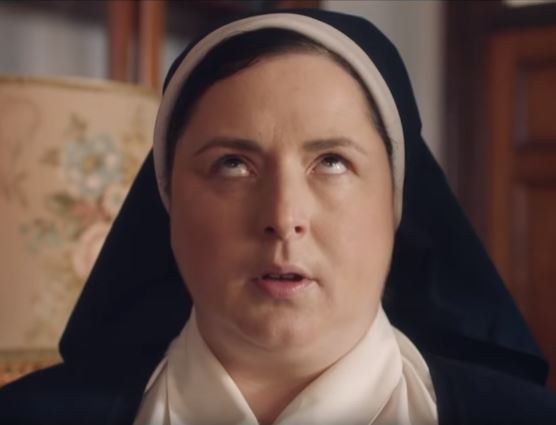 As Sister Michael would say- "Christ".

Fans of the show also pointed out the issues with the comment-- including one user who asked "Derry Girls is distinctly British? If that were the case, would it not be called Londonderry Girls?"

Another show produced by a British company and aired on a British channel is Father Ted-- but you'd be hard pressed to find someone trying to describe that as 'Distinctively British'.