ON our last day of work in 2013 the editorial staff of The Irish Post gathered for a drink in a pub around the corner.

We were all there, except for our young colleague Niall O’Sullivan, who was still banging out emails at his desk.

I went back to the office to tell him that the paper was done for the week. Have a drink and take it easy for the evening. He agreed and joined us, eventually.

Back in the pub we chatted briefly about his being a workaholic and what the reasons for this were. He told me that young people now are “terrified”. Career opportunities for them are scarce.

Third-level education is so competitive and costly. If they are lucky enough to get a job then they have to grind themselves to the bone to keep it. The alternative is… a gap on the CV.

A gap on the CV, to my colleague, is akin to a near-death experience, a career flatline from which there is possibly no jump-start solution.

When he told me all this I felt sorry for him. I wanted to tell him that I used to believe all that too but with the benefit of experience have learnt that it is mainly b*****ks. But the conversation veered off in a different direction.

The gap in the CV is up there with a bad credit rating as the middle-class bogeymen used to frighten young professionals; to keep them turning up for those jobs which aren’t rewarding.

When you live through a few booms and recessions you learn that, in the good times, any clown can get a decent job and a debilitatingly large mortgage. But in times of austerity they won’t give a loan to almost anybody unless they’re rich enough not to need it. 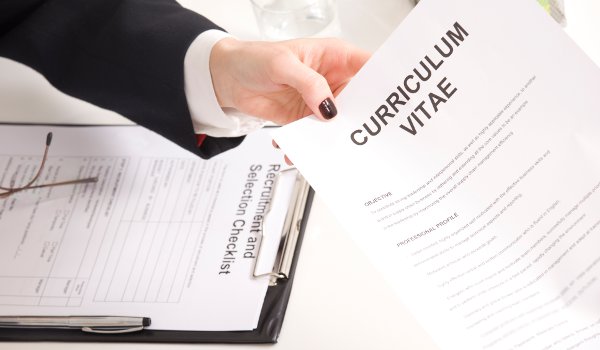 "A gap on the CV, to my colleague, is akin to a near-death experience"

We’d all like to believe that we’re in control of our careers and access to credit but, really, we’re largely at the mercy of greater forces. I believe it’s called the market.

The market determines a lot of situations, but it doesn’t have the final say in everything. It doesn’t, for example, have the right to burgle your bank of youth. Joe Strummer summed up this sentiment well:

The men in the factory are old and cunning,
You don’t owe nothing, so boy get running,
It’s the best years of your life they want to steal.

I was partial to a bit of the Clash in my early 20s — I wish I’d listened more closely to the words. At that time I did a succession of low-paid jobs which weren’t any fun at all. I stuck with them because I thought this was what you were supposed to do: build a career, get some money behind you, make sure there are no gaps on that CV.

If I could go back and talk to myself then I’d say, “Tell your boss you quit. Go to America and work in a bar, you’ll make more on tips in a night than you will answering phones here in a week, travel from coast to coast. Then go somewhere else and take whatever work you can and have as many adventures as you can.”

To be honest, I remember an older guy who I played soccer with telling me to do as much. I didn’t need Joe Strummer or a freaky dream-like future version of myself to dispense the advice at all really.

I was rigid with fear though. After a while, though, I woke up and made a break for it, lightened up, had a few adventures before stumbling into a more agreeable career.

To be fair to my younger colleague, who incidentally I like very much, I’m probably not comparing like with like. He enjoys being a journalist. I didn’t enjoy being a call centre operative or a senior customer services representative (that’s shop worker to you or me). I don’t want him to make a break for it, just for him and his generation to relax a bit.

It seems that with every passing year the youth are more cowed by the establishment that they should be attempting to subvert. Their most rebellious act, the riots of 2011, was not much more than an aggressive free shopping spree. Even in revolt, the minority that went crazy were stocking up on gadgets and designer label clothes. They were just taking a shortcut to the trappings of a capitalism, a load of crap you don’t need, acquired to impress people who don’t matter.

Wouldn’t they be better served by turning their backs on it all? Have no part in the £9k a year student fees (what they learn definitely won’t be worth it), ignore the unpaid internships, forget about their CVs and their credit ratings and just hit the road and live.

By the time they return the recession might finally be over and they could have genuine opportunities to pursue. Or it could still be on — in which case, what have they lost? A couple of years’ misery for very little gain.

Stick around and after a while most will discover that all the sacrifice, graft and worry were for nothing much at all. Now that really is a thought to be terrified by.