In a league of her own: Irish woman Susan Whelan on life at the top at Leicester City Football Club

The rest of the time, if not in Leicester with the current Premier League champions, you’ll more than likely find Whelan in London or online – ‘I get around 300 emails a day, so I am never far from my computer, iPad or phone’ – dealing with the demands of commercial strategy and merchandising in her other role as Senior Executive Vice President with parent company King Power.

With her mind never far from business, in other ways her heart is always in Ireland – Howth, Co. Dublin in particular.

“It’s not just because it is home and where my family and friends live that I love it,” she says. “I was a keen sailor and used to teach sailing. I grew up by the sea and the views over the harbour looking across the bay to Ireland’s Eye and Lambay cannot be beaten.”

For Whelan the simplicity of life in Ireland complements the clamorous day-to-day demands she faces in Britain.

Describing herself as an early bird rather than a night owl – ‘the days of being both are long gone!’ – she finds serenity in simplicity.

“Some of my happiest times are walking the cliff walk around Howth hill, or sharing simple meals with family and friends in one of the many restaurants around the harbour,” she says.

Though unsurprisingly, when it comes to business highlights, she counts May 7 last year as one of the greatest moments in her life to date. 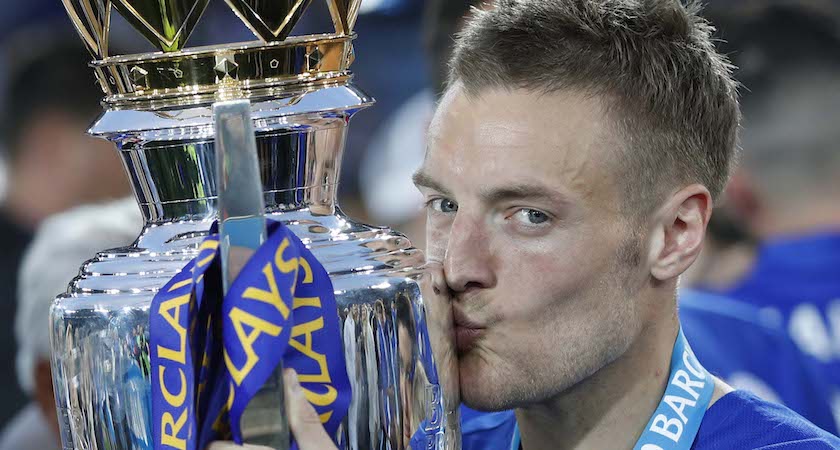 “We lifted the Premier League trophy after the Everton Game, which was the culmination of five years as CEO and playing a small part in taking us from a lowly position in the second tier of English football to its pinnacle,” she says.

Whelan’s career path is best described as diverse – its twists and turns eventually taking her to the top of the British football industry.

Having grown up in the Irish capital, Whelan has nothing but fond and happy memories of her childhood – citing her parents as her biggest inspiration and supporters.

“Personally, I feel my mum and dad instilled integrity, a work ethic and a zest for life, which has moulded my attitude to life,” she says.

“Professionally, my dad taught me all about his business and without his encouragement and support throughout my life, I would not have joined Aer Rianta, and from there moved to the jobs I do now.

“Growing up I played a lot of sport, captaining the school hockey and tennis teams. I was a sailing instructor for many years, and head girl at school, so I guess I was pretty bossy also,” she jokes.

Getting her first taste of the working world from a young age – she would earn her pocket money helping out in her father’s jewellery shop in Dublin – Whelan later becoming a global buyer for Shannon-based Aer Rianta International. 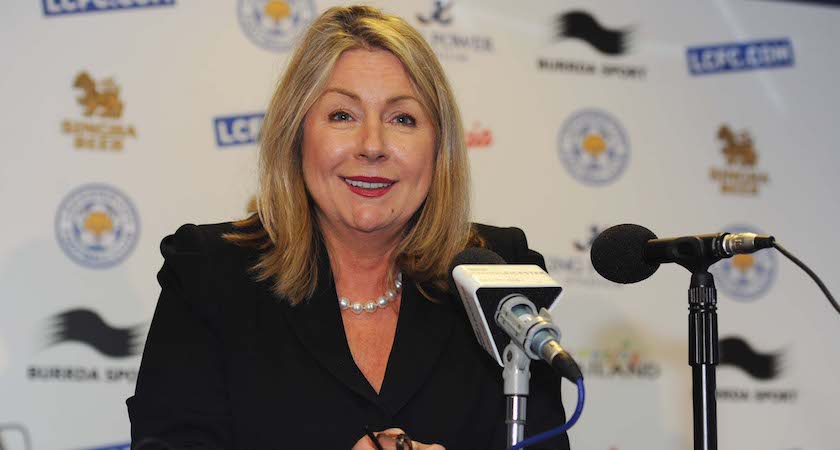 Retail, she says, has always been in her blood.

“I remember my first buying trip alone for Aer Rianta International to Vicenza and being thrown in the deep end,” she says. “It was terrifying going from the security of the family business to suddenly having a massive budget for a multinational, but it taught me to trust my instincts.”

A run of international roles followed, giving the Irish woman hands-on experience of successfully tackling a variety of challenges – learning from each along the way – that has stood her in good stead today.

“When opportunities have arisen, I have always given it a go and have been lucky that things have generally turned out well,” she adds.

Whelan’s instinctive traits have certainly served her well to date.

She has worked for the Srivaddhanaprabha family, Leicester City FC’s owners, for close to 20 years, with the group since its early days until now where it is ranked as the seventh largest operator of duty free shops in the world.

Her undivided loyalty and a driving desire to be involved in all aspects at all levels of business dealings have been key to success.

“The devil is in the detail,” she says. “I have an enormous workload and my management style is to delve into the detail, some may say too much. But I do not feel comfortable unless I know the detail. I like to have total involvement and know everything that is going on.”

In 2006, King Power opened 25,000 square metres of shops in the new Suvarnabhumi Airport in Bangkok, followed by a 12,500-square-metre downtown duty free shop.

A year later, in Cannes, both of these projects were awarded a Frontier Award – the Oscars of the travel retail business.

“I am not sure I have the physical stamina to ever repeat those projects again,” Susan admits. “However I led on the commercial side, and it was great being part of the team that delivered those projects.” 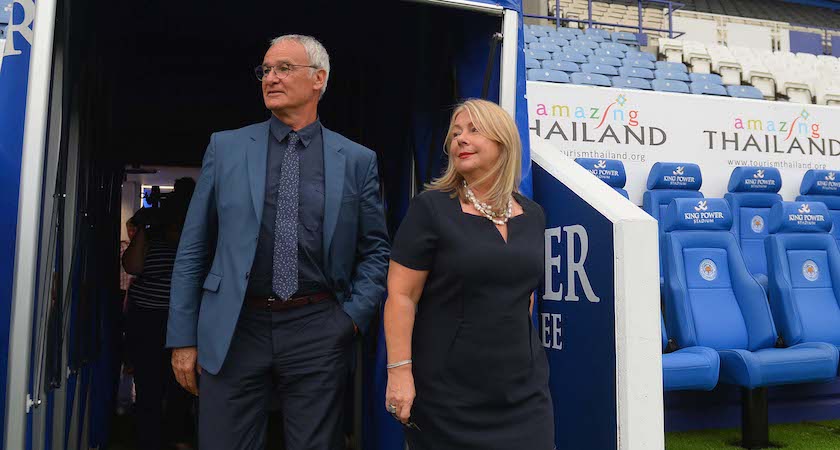 As Chief Executive at Leicester City FC, Whelan is ultimately responsible to the board for every aspect of the day-to-day running of the club, working with a management team of directors that cover all of the key areas from finance and commercial to the  football itself.

“We work as a team and our aim is for Leicester City to be the best run club in the Premier league,” she says. “My background is not football so I do not get in any way involved in team selection, tactics, or negotiating transfers. We have a wide range of dedicated specialists and the manager, who do that.

“The last year has been an incredible experience, for the fans, players, and all of the staff at the club. The run-in last season as Claudio and the team maintained an incredible pace and run of results, culminating in our final standing in the Premier League last season was extraordinary,” she says.

“The pre-season in Stockholm and Los Angeles followed, and then the domestic and European campaigns so far this year, have all been an extraordinary and challenging experience.”

While she may not be the gaffer when it comes to player strategy, Whelan does help oversee the club’s football philosophy.

“We prioritise the development of a strong relationship with our fans and our responsibilities within the community, so a particularly enriching aspect personally of my job, is the work we do with our Foxes Foundation, and the Football in The Community Trust,” she adds.

“At home, rugby would be more my sport. My family are fanatical rugby fans and we watch games together whenever we can. The only conflict is that my brother is a Leinster man and my brother-in-law is Munster,” she jokes.

Though she adds: “Inevitably, I’ve developed a greater affinity for football as it’s become such a big and important part of my life.”

As for her hero on the pitch...

“I have no hesitation on choosing Brian O’Driscoll,” she says. “In every sense he is the perfect sporting role model. His skill, tenacity and consistency on the field and his personality, honesty and integrity makes him a true ambassador for both Ireland and rugby.” 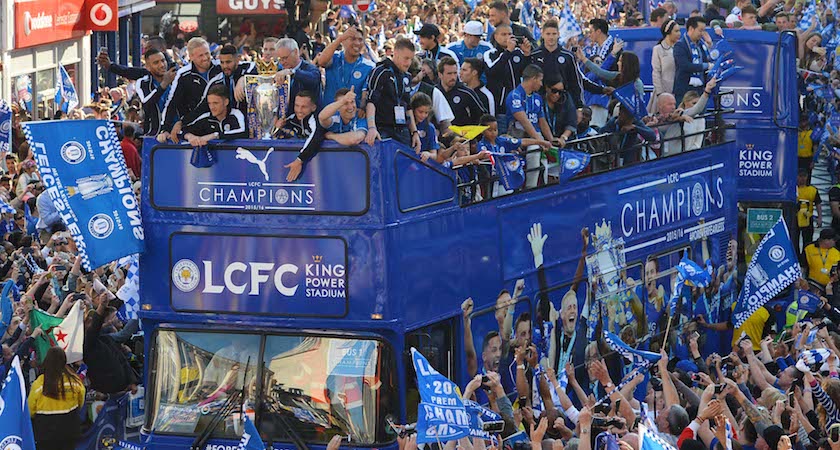 Whelan’s Irish passport is a source of pride and has been a welcome companion on her many travels over the years.

“We are a very lucky nation in that we traditionally have very few enemies, have many friends, and are renowned for our conviviality, sense of humour and hard work,” she says.

“Having invented duty free, we then exported it so through spending my early years working with Aer Rianta, I worked in Moscow, Pakistan, China, Bahrain, and finally Thailand.”

Her career has taken her all over the world from Russia, Pakistan and China to the Middle East and Thailand – a country she still visits regularly today.

“For one week a month I am in Bangkok working from my office in the King Power Complex which, as well as our headquarters, also has a duty free shopping mall and the King Power Pullman hotel,” she says, recalling long haul flights of old to see family and friends.

“I spent 15 years in Thailand and would come back in the summer and at Christmas, but the journey took two flights and 16 hours door to door.

“At least now it is only a short hop from London.”

A typical day is a 5.15am start, if travelling from London, followed by a series of meetings with directors and staff as well as the many groups the club works closely with from police, hospitals and universities to major charities in Leicester. 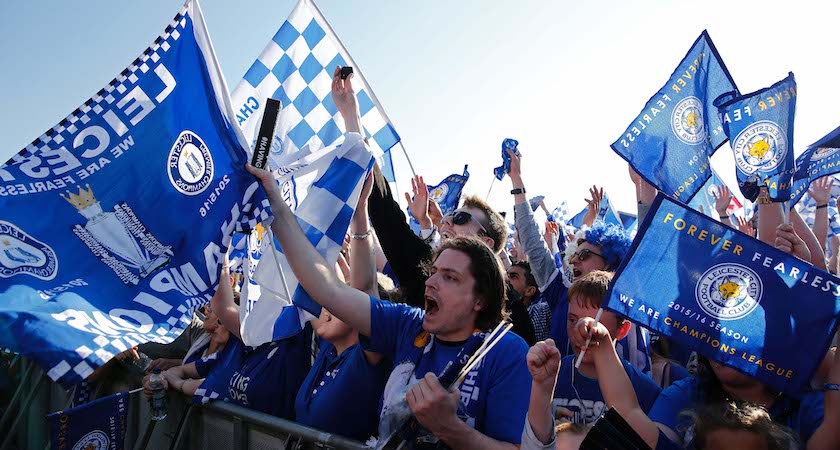 But Saturdays are all about the beautiful game.

“When there is a home game, we leave home before 10am, go through all of the pre-match checks and host the directors of our visiting team and other guests for lunch at 1pm if the game is a 3pm kick-off,” she says.

“When the last of our guests have left, we head back to London and are usually home by around 8.30pm. On top of this, with TV forever changing the times of fixtures and this season with midweek games in Europe, nothing is straightforward.”

Football aside, what does the woman at the helm of one of the biggest sports teams in Britain do to relax – if such a luxury exists?

As boxsets become the new sport for many, for Whelan TV is purely for catching up on the latest news and sport.

“Work takes up too much of what should be downtime, but my real passion is cooking,” she says.

“I have my eyes on a cookery course I have found in Italy.  I would love to turn my enthusiasm and home-taught skills into something really special, but that is a long way off.”

She adds: “I think we spend most of our time trying to work out where we are going to find some downtime. In the future I would love to find more time to do the things I enjoy and to be able to have time to mentor younger people or fledgling businesses, if my own experience would be useful to them.

“I have been very lucky in my life, and I would love to be able to give something back to others.”

Looks like there’s plenty more to come for Susan Whelan.