Ireland’s many names and their meanings

WHEN the first settlers arrived in Ireland some 9,000 years ago, it’s unlikely they looked around, cracked open a can of Guinness and said, ah sure it’s great to be here in the Ould Sod.

In fact, it’s unclear if these early visitors called the island anything for the next few thousand years. These prototype Irish people, and their descendants for many generations, had little need to for a national name; no World Cup, no Eurovision, and best of all, no invasions.

These people, our ancestors, probably came from Scotland, although it didn't have a name back then either. But once they  got going in the name game, monikers fairly cascaded in: Éire, Erin, the Emerald Isle, the Republic, Land of Saints and Scholars — and whatever you’re having yourself. 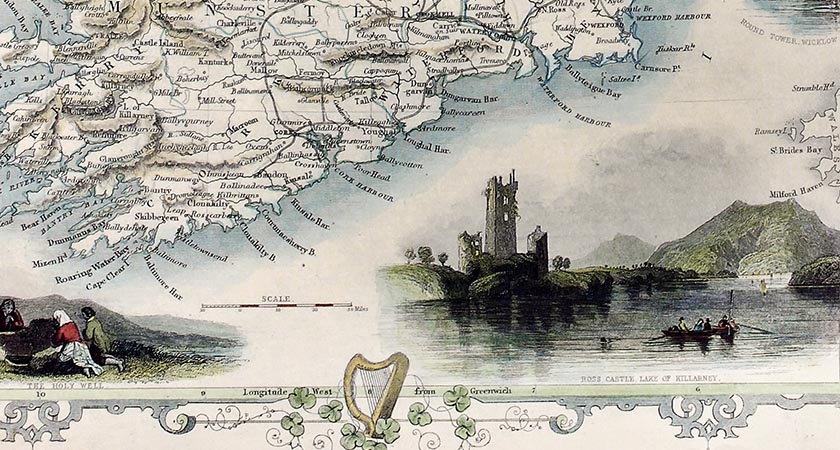 Old Ireland had many names

In Irish mythology, three goddesses held sway in the grand scheme of things — Fola, Banba and Éiriú. But  you know what goddesses are like; soon one wanted to be queen bee and give her name to the country. So they asked for no less a figure than the Bard of Armagh to adjudicate. (Back then the Bard was the equivalent of a Michael D Higgins, Ryan Tubridy and Seamus Heaney all rolled into one.)

You won’t need to be a Miss Marple to deduce that of the three, Fola, Banba and Éiriú, the latter won this early version of the Rose of Tralee — particularly if I tell you that another form of her name is spelt Éirinn.

She was, basically, a shoo-in for the job.

So, according to our old friend legend, that's how Éire got its name. But legend also tells us that Fola (or similar variations) became used for literary Ireland, while Banba referred to poetic Ireland, much in the way that John Bull means Britain. Or Uncle Sam means the US.

Don't say: " Banba? Has that anything to do with the La Bamba?" Tempting though it is to make the connection, La Bamba has zilch to do with Ireland. However,  Spain has been heavily implicated in the complex matter of  naming of Ireland — see below.

If you have an Irish passport, then look at the front – it says Éire.

But in reality, very few people use the word Éire unless they’re speaking in the Irish language (Gaeilge). This is because of a peculiar twist in politics — the British used ‘Eire’, without a fada (a fada is the accent used in the Irish language symbolised by a right-slanting line placed over a vowel. like this é), to refer solely to the 26 counties. Their fada-less trick caught on. The word was subsequently adopted by unionist politicians who wouldn't give house room to a fada, so Eire it became.

Wily old Éamon de Valera spotted this tendency early doors, declaring, “I say the name Éire is misrepresented in popular usage and in some places it is maliciously used to designate the Twenty-Six Counties and not the Ireland of the Constitution.”

But  now, in the 21st century, even the unionists have grown tired of their Éire jape. And throughout the rest of Ireland the word has to some extent passed out of everyday conversation. Nonetheless it remains in the constitution, on the passport, on stamps and coins.

Do say: "And you thought the naming of Ireland was a fairly straightforward thing...."

The Greeks gave us democracy, the bouzouki, taramosalata — and maybe a name for our country. So not a bad tally.

Although Éire more than likely came down to us through centuries of mythology, there is more than a possibility that those inveterate travellers from ancient Greece had a hand in the matter.

Iournia, or Ivernia, perhaps meaning ‘fertile country’ was first coined by the Greeks as a description for the most westerly country they came across.

A possibility exists that Ivernia derives  from Iverni, a people who apparently lived in Munster. It's possible that the likes of the geographer Ptolemy called all the people of Ireland Iverni, and somehow this was distilled down to mean the folks of Munster.

Other Greek writers opted for 'Ierne' — which may also be related to Ivernia.

Many believe that when, in Greek mythology, the Argonauts pass ‘Island Iernis’ this is Ireland. This would be the first time, as far as we know, that Ireland as a single entity is referred to — more than 3,000 years ago.

Whatever its origin, it is argued, it took only a small step to get from Ierne, Iournia or Invernia to Éire.

Don't say: "It's all Greek to me." Because it's not. The Romans, Celts, Anglo-Saxons, Normans, maybe the Vikings, ditto the Spanish — all the usual suspects and then some — may each have had their halfpenny's worth in naming Ireland.

Ogygia is another Greek name for our country, first mentioned in Homer’s Odyssey and possibly implied by Plutarch. Historian Ruaidhrí Ó Flaithbheartaigh went the whole hog and used Ogygia as a synonym for Ireland in the title of his history, Ogygia: Seu Rerum Hibernicarum Chronologia ("Ogygia: Or a Chronological Account of Irish Events"), 1685.

Don't say: "Oggy Oggy Oggy!" It's too predictable, and in reality has nothing to do with this academic study. Please desist. 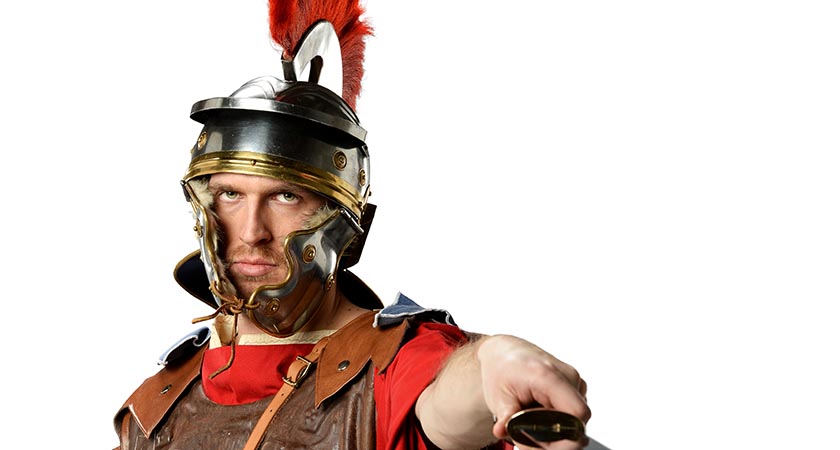 What have the Romans ever done for us? Well, not a lot as it happens, as they never got to Ireland. But they did make up a couple of names for the country, and in doing so also helped the Scots out with a name for their country.

The Greek word for Ireland, Ivernia, may have given the Romans the idea of calling the place Hibernia.

But Hibernia possibly has its origins in the Latin for ‘wintry’, as in ‘turned out wintry again’ — the same etymology as ‘hibernate’.

This would indeed be an irony. Britain, which was invaded by the Romans, has a Celtic name (from Priatain) while Ireland, which has never been attacked militarily by any Italians in its entire history ends up with a Roman name. Hibernia is still used poetically, in literature, and of course in the Scottish football league, with Hibernian still going strong.

Do say: "Those Italians, eh? The centurions never came, but their ice cream eventually did. And it's not half bad." 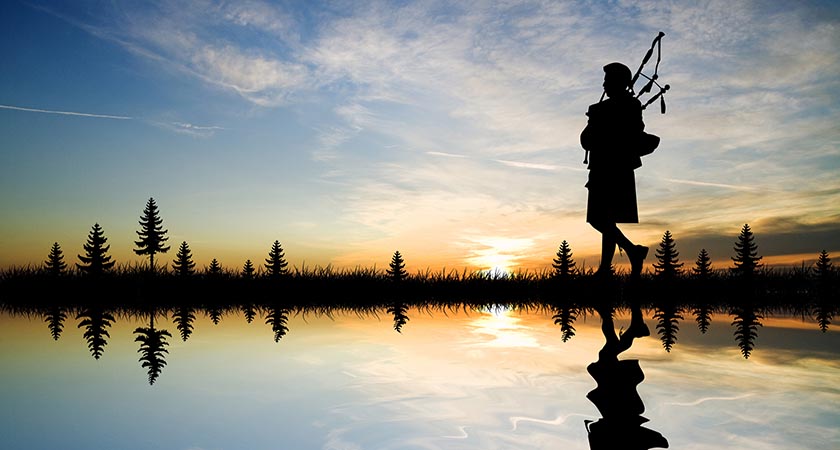 The history of Ireland and Scotland have long been intertwined

The people of Ireland were known as Scots until well into the Middle Ages, and Ireland known as Scotia. The Romans named Irish raiders Scotii, possibly deriving from a word meaning dark or misty. Some of the earliest mentions are in the 5th century; St. Patrick called the Irish 'Scoti', and eventually all Gaels came to be known by this label.

It wasn’t until around the 11th century that the country we know today as Scotland began to take on the mantle of the Scotiis, around the same time that the word 'Ireland' began to emerge as the winner in the naming stakes

Do say: "Great Scot (although not necessarily one from Scotland). I never knew that."

Erin is the poetic version of Éire, or its dative case Éirinn. Its most widely known appearance is ‘Erin go bragh’, or originally ‘Éire go brách’, a slogan from the 1798 Rebellion. The meaning is usually given as ‘Ireland for ever’.

During the 20th century Erin became a sporadically popular name, mostly outside Ireland. 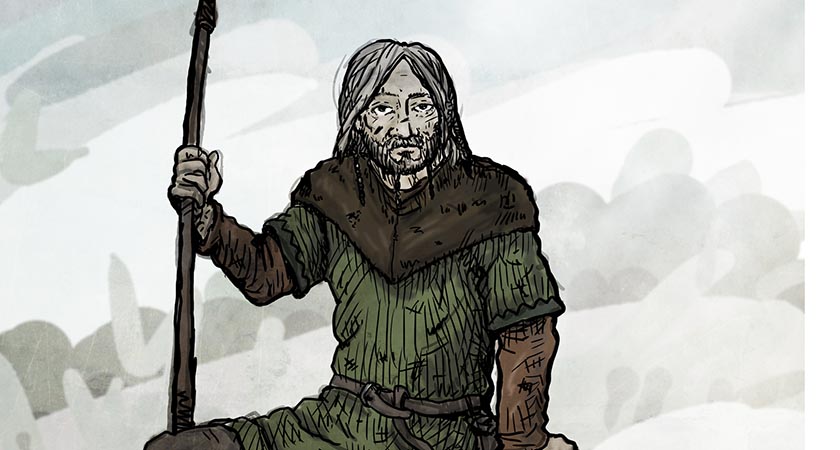 The Anglo-Saxons helped out with the name for Ireland, although perhaps not this particular gentleman.

‘Hibernia’ could, at a stretch, be the origins of the word ‘Ireland’ — but most opinion reckons that the modern name comes from a development from the Anglo-Saxon (mis)pronunciation of the name: Ériú, plus the Anglo-Saxon word ‘land’.

It's not clear where the word Ireland was first recorded, but it seems likely to have been as late as the 11th or 12th century, somewhat ironically when the Normans had displaced the Anglo-Saxons as top dogs.

Do say: The Normans? A very wise people. In fact, Norman wisdom is probably the key to Anglo-Irish relations, not to be confused with slapstick English actor Norman Wisdom.

Belfast man William Drennan was a political activist in the United Irishmen. But Drennan is best remembered as the author of the epithet The Emerald Isle. This enduring name  is contained in his poem When Erin First Rose, written in 1800:

"Arm of Erin! Prove strong but be gentle and brave

And uplifted to strike, still be ready to save

Nor one feeling of vengeance presume to defile

The curse of the men of the Emerald Isle.”

Drennan said he was not the original author of the phrase, but had borrowed it from a song called Erin, To Her Own Tune. Nonetheless, he is the first person to have committed the name to paper, and certainly the one who popularised it.

Whatever the exact origins of The Emerald Isle as a poetic name for Ireland it soon gained huge circulation in both Irish and English literature and poetry — and even in opera. Arthur Sullivan was working on an operetta entitled The Emerald Isle just before he died.

Since the coining of the phrase it has been used in films and books, by Irish tourist boards, airlines, recording companies, food companies — indeed anyone wishing to promote or sell Ireland or Irish brands. 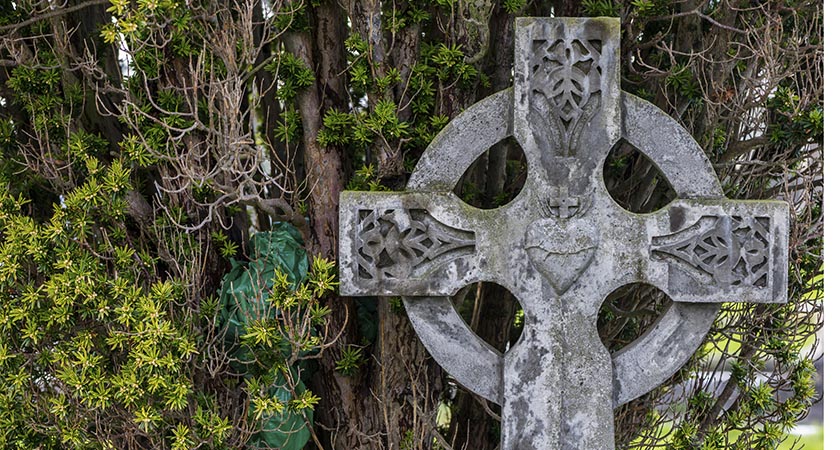 10. Land of Saints and Scholars

Early Medieval Ireland was known as the Land of Saints and Scholars. Once Christianity arrived around 400 AD, it spread quickly — and Ireland became one of the very few places it took root without bloodshed. This allowed monasteries and convents to flourish, and by the 7th century were  places of great learning and scholarship.

As the Roman Empire collapsed in Europe, Germanic tribes (Goths, Visigoths, Vandals) laid waste to the continent. But in the remote fastness of their monasteries, the Irish helped preserve Christianity along with substantial amounts of literature. All  this knowledge, and indeed Christianity itself, was brought back to Europe via Irish missionaries.

Do say: In his study of Ireland & Britain entitled The Isles, preeminent historian Professor Norman Davies (Magdalen College, Oxford) stated unequivocally: "The claim in a recent book entitled How the Irish saved Civilisation is only a mild exaggeration of the truth."

Inisfail or the Island of Destiny was the name used by the Tuatha Dé Danann (in mythology, Ireland’s first movers and shakers) and from this 'Fál' became an ancient name for Ireland.

Caitlín Ní Uallacháin or Kathleen Ni Houlihan was an emblem of Irish nationalism, the personification of Ireland as a young woman.

The Sean-Bhean bhocht (The Poor Old Woman) was a poetic motif again depicting Ireland as a woman.

Róisín Dubh or Little Black Rose is another metaphor for Ireland, dating back to the 16th century.

Forty Shades of Green — Johnny Cash’s summing up of Ireland.

Of all the theories of how Ireland got its name, the legend that it came from the Milesians is probably the finest.

It seems that the Milesians under the guidance of their king Mil,  journeyed from Spain to Ireland sometime around 1300 BC. He brought with him his wife

Scota — thus the name Scotii (or Scots) by which Irish people were known well into the Middle Ages. Meanwhile the term ‘Milesian’ became a common description of an Irishman in former times.

Do say: "Spoiler alert. The whole tale was concocted by monks, probably around the 11th century AD. Irish monks already had form in this direction, having probably made up the whole story of King Arthur." 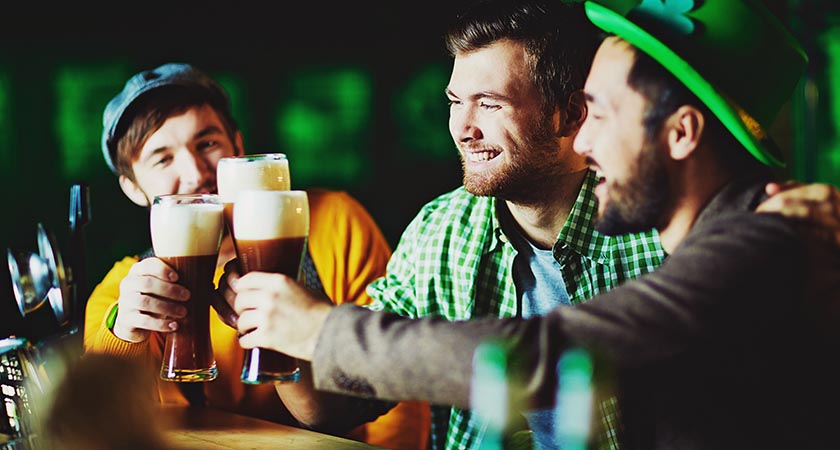 Irishmen getting very upset over the term 'British Isles'