A FIRM favourite on the TV calendar, The Late Late Toy Show signals, for many, the official start of Irish Christmas festivities. A family tradition, it is the one night of the year when children of all ages are allowed to stay up way past their bedtime to watch a few lucky youngsters share their often hilarious thoughts on the latest toys and gadgets. Ahead of this week’s show, host Ryan Tubridy tells The Irish Post about his favourite festive memories, picking the ultimate Christmas jumper and why he’s terrified of Buckaroo!

What’s been your favourite Toy show memory to date?

If you don’t believe in magic, you will on the day of the Toy Show. When you are in studio – it’s magical. When you see the faces on the kids when they arrive in, it is the closest you will get to seeing Charlie Bucket coming through the factory gates.

The studio becomes a bizarre playroom. You are told for the opening to sing and dance, and that is the hardest part of the show because I am not co-ordinated and I can do neither! But once that bit is over, the fun starts.

There is only so much you can rehearse because then the kids take over. The moment when Robbie Keane comes out and sees Domhnall (one of the show’s toy test-drivers in 2013) and Domhnall cannot talk. That’s special.

How much preparation goes into the show?

It is a military operation that is run from a barracks which we call the Toy Show Cabin backstage. To use a sporting analogy, they set up the goal and they run around the pitch and I just sit on the goal line and nod the ball in.

Every year, your jumper is a big talking point of the show. What will you be wearing this year?

I’ve tried on a few. There is one in particular that has caught my eye that involves a little bit of modern technology and a regular wool jumper. I won’t say more because the whole point of this show is meant to be that there will be elements of surprise - so watch and be amazed! 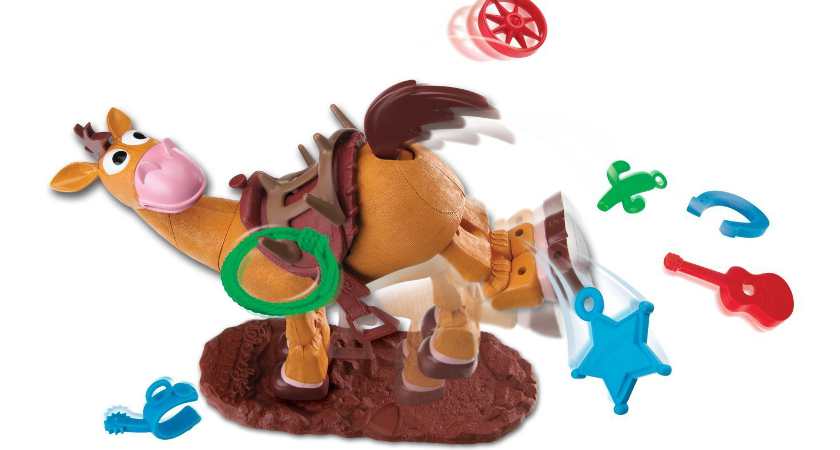 What was the best toy you were ever given as a child?

I was a Buckaroo man until the nerves got me. I found it quite tense!

Then I found this chronicle of the 20th century, this book that I got lost in which treated the big days in history as journalistic reports with photographs. I just fell in love with it. It was a big, thick book and I was lost in it.

It was like being in a time machine for Christmas week, I fell in love with history and the past and pop culture, The Beatles, Kennedy and Elvis, World War II and Vietnam and it went right up to the day that I got the present in about 1986 or 1987.

It’s not a toy but in my world it’s the same thing.

How do you get the best out of the kids on the show?

Go dark with your humour, kids are very dark which is great fun – bold stuff – and, finally, don’t have any respect for authority but don’t be rude.

It’s a fine line, you are not going in saying ‘tell your teachers to take a hike’ but you tend to be at the back of the class with them rather than be up the front.

What can we expect from this year’s show?

The magic of The Toy Show – the thing that makes it really work - is that it’s really about the kids.

But, of course, we’ve had some very big names in the studio over the past few years. I think most people will remember when Ed Sheeran surprised Aimee Keogh. She genuinely had no idea what was in store for her and her reaction was just lovely.

There is a whole generation of people who are in their early 20s who are in Brisbane, Boston or Brighton and they can sit back on the night of the Toy Show and get a taste of the magic and a taste of home.

Viewers in Britain can watch The Late Late Toy Show on Friday, November 27 live or on-demand with the RTÉ Player International App or with RTÉ Player.

Hosted by comedian Gráinne Maguire, Tara Flynn and Colum McDonnell, guests are being asked to don their best Christmas jumper for a night of live comedy, games and craic.

Ticket holders also being asked to bring an unwrapped toy on the night, which will be gifted to Children’s charity Variety