COULD he get Giuseppe Conlon’s body back to Belfast?

Paddy Ryan listened to the instructions, put down the phone and began planning the route. He was told that certain airlines couldn’t carry the corpse.

It was 1980 in London. Such decisions were swayed by politics.

But the caller said the body could be flown back to Belfast through Britain’s largest military airbase, RAF Brize Norton in Oxfordshire.

The news of the death of the Irishman, father of the Guilford Four’s Gerry Conlon, was laced with irony.

As one of the Maguire Seven he was serving a sentence at Wormwood Scrubs prison for handling explosions used in the Guildford Pub bombings — convictions which were later quashed following a lengthy campaign for justice.

With the fallout from his passing set to rise at first light, Paddy contacted his son to accompany him on the 65-mile journey into the Oxfordshire night.

Back in Belfast the Conlon family waited anxiously for Giuseppe’s return. Paddy left the house, turned the ignition in his van and collected the body. They then travelled to Brize Norton.

There was no escort.

“It was late, it was snowing and when we got up there they took the body. It was about nine o’clock.

“But when I got home they called to say they weren’t going to fly Giuseppe. I had to go back up there and get him. I thought ‘what am I going to do, how am I going to get him to Ireland?’” 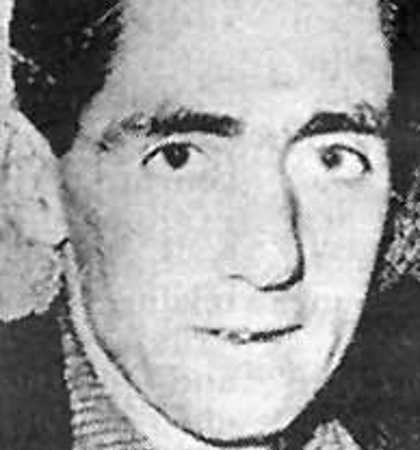 Back at his London home the telephone was ringing off the hook.

Caller after caller wanted to know where the undertaker was and more importantly, where was the body.

“My wife was answering the calls but she could tell them nothing,” Paddy says.

With his mind racing and 3am on the clock, he cautiously made the journey back through the snow to London with Conlon’s body.

His first call at day break was to a contact from Tipperary.

“I said ‘Sean can you take him to Dublin for me?’” Paddy recalls. “I told him there would be a hearse waiting there. He said he would.”

Ryan took a breath and travelled on to Heathrow to meet with Reilly.

A relieved Paddy Ryan returned home. But the phone would ring once more.

“The voice asked, ‘Where’s Giuseppe Conlon?’ They said they were the police,” Paddy remembers saying he told them “He’s in the sky, going to Ireland.”

He adds: “They then said, ‘We’ll come down and arrest you’. I told them to do what they liked. I didn’t know if it was the police or not.”

The Limerick man sits back in his chair. It’s a Monday morning in London’s Greenford and the late autumnal sun is shining bright through the win- dow of his office on Oldfield Lane.

Now 82 years old, he says he started in his funeral business — now Patrick Ryan & Daughter — with nothing but an empty briefcase.

Forty-five years and thousands of burials later, the Cappamore native is regarded to be among the longest-serving Irish funeral directors in the capital.

In recent weeks he tended to the arrangements of the late Nora Grealish, whose son Tony was capped 45 times for the Republic of Ireland and the week before he looked after Tom O’Connor, a well-known figure in London Irish circles.

“I done three funerals recently,” he says. “I mostly do the ones I know. My daughter, my son-in-law and my grandchildren look after things now.” 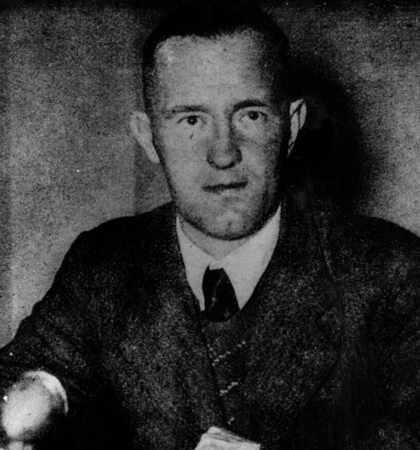 Paddy Ryan dodges the question of how many Irish funerals he’s arranged but leans forward to talk about the drop in the number of Irish people here wanting to be buried at home in Ireland.

“It used to be six or seven a week one time,” he says. “Now it’s down to two or three. That’s just in the last five years. A complete change. The trend is dying out.

“Some kids want to take their parents back but most want to bury them here so they can tend to the graves.”

Significantly and remarkably, Paddy Ryan was also involved in sending the body of William Joyce — AKA Lord Haw Haw, the notorious broadcaster of Nazi propaganda in Britain during World War II — to Ireland.

His contributions on the Germany Calling radio show saw him tried and hung for treason in Brixton Prison in 1946.

They were offered a plot in Galway, the land of William Joyce’s forebears and Paddy Ryan was tasked with making the arrangements.

“Yes, I took Lord Haw Haw back to Galway and buried him,” he says. “Labour were in power that time. His daughter was a teacher, I think, and she was given permission to exhume him. Before we took him back she found a priest and had him anointed.”

Sat in the pin-dropping quiet of his office, Paddy plays down his role in this politically-charged reinterment.

He frames the stories of Conlon and Joyce with dignified professionalism. 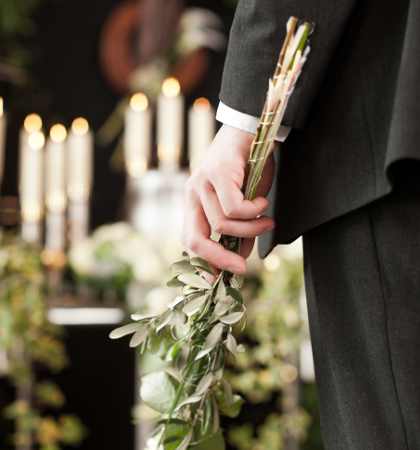 “It was just something we had to get on with. Another day at work,” he says. But does he apply the same mantra to the ceremony that marked the 300th anniversary of Saint Oliver Plunkett’s martyrdom and the exhumation of his remains in 1981?

Then Cardinal Tomas O’Fiach led robed bishops and thousands of pilgrims in a ceremony at Clapham Common.

“I brought his remains from the Abbey Church in Bristol,” Paddy says. “His head was back in Ireland... they wanted to put the body back together. It was a big thing in Clapham but that’s a long time ago now,” he adds as he stands and walks from his office into the next room that’s stacked with caskets.

“The Irish-made coffins are very popular,” he says resting his hand on one. “When I started it was all solid coffins.”

“You see that one there?” he points. “That’s an English coffin — a flat lid and plain sides. People ask how long the body lasts when it goes down and it’s something we’ll never really know.

“But I heard one story of a woman whose body was taken up after nearly two years and it was like the day they put her down. The wetter the ground the longer the body will last. So they say.”

Before he became a funeral director Paddy Ryan ran a school of motoring in London.

“How did I end up doing this? It was a thing of trial and error,” he says in response to questions about how he got in to his line of work.

Funerals and the afterlife have become his daily purpose, but he believes that death still remains a taboo subject in England.

“As kids we were brought up on ghost stories and it would frighten the life out of you. I remember a neighbour died when we were young. All I could hear were these stories and I nearly lost my life going to bed.”

“The Irish talk about death a lot more than the English do,” he says.