MY dad was raised in very rural Galway on a farm in Derrybrien and was part of a large family.

I imagine this contributed to him being as strong and tough as he was.

Like my mum, and so many of their generation, at an early age he made the decision to move to London due to the better job opportunities there.

I have always been very proud of my parents for coming from Ireland with almost nothing and making a great life for themselves and for me in England.

In London, dad got a job in the Cricklewood Hotel, where he became head barman.

He worked at the hotel for over 10 years. While there, he met my mum in the Galtymore.

Mum was thinking of breaking things off with him, due to the fact that he would often have had a few drinks while working before he met her, and so one night she said to him, ‘Ray, I think we should just be friends’.

My dad’s response was, ‘good friends or bad friends?’, which made mum laugh, and so their relationship continued.

Dad was later offered the opportunity to become manager of the Windmill Pub, just up the road from the Cricklewood Hotel. 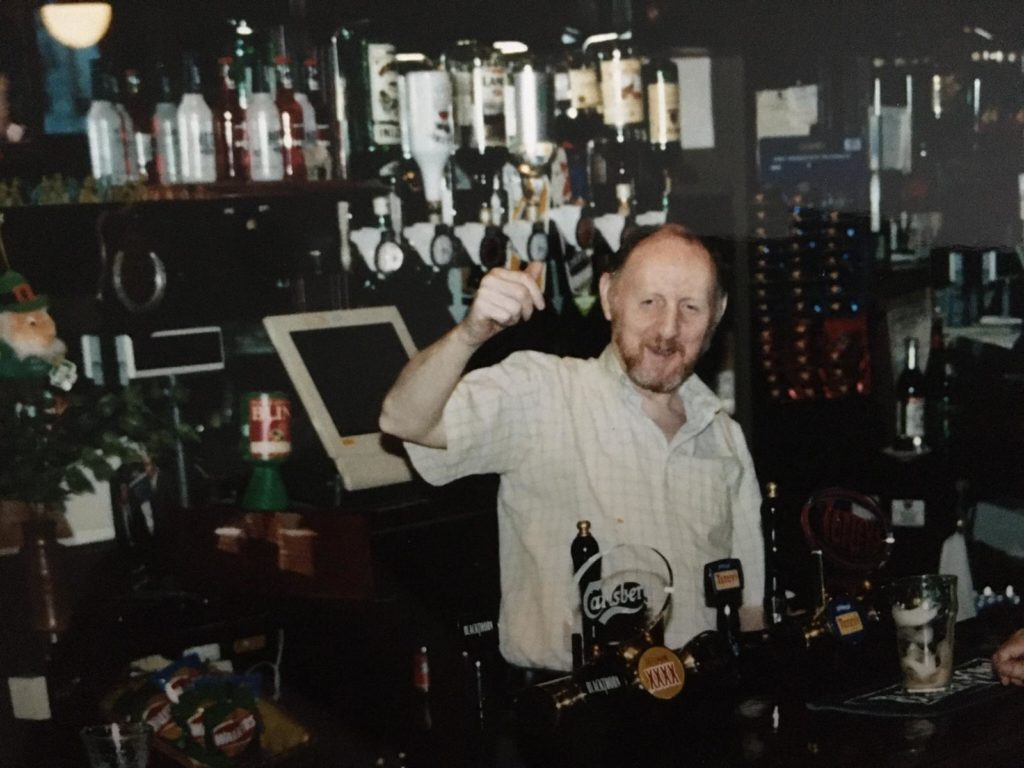 In those days, a man couldn’t run a pub unless he was married and had a wife to help him, so he asked my mum if she would run the Windmill with him.

At the time, one section of the Windmill was known as H-Block, after a notorious prison wing in Northern Ireland, because there were so many fights there, so it wasn’t without its challenges.

But it was a strong feature of my dad’s character that he was not afraid of a challenge, and so he and my mum took the opportunity.

Not long after moving to the Windmill, I was conceived.

Up until then, dad had been a smoker, but when he found out that mum was pregnant, he quit smoking.

This was typical of him – to think of me before himself and to make a sacrifice for his family.

I am very grateful that I grew up in the Windmill.

As an only child, it gave me company, taught me to deal with all kinds of people, funded my teenage years through winning pool competitions and my university years through part-time work, and it gave me many laughs and stories.

My dad’s time in the pub trade saw him serve a wide variety of people, including a now-convicted serial killer, active members of the IRA and Ken Livingstone.

Of course, most of the people that came into the pub were other Irish people living in ‘County Cricklewood’, many of whom became dad’s friends as well as his customers.

One of the things that I loved best about the Windmill was how simple it was.

There were no cocktails or fancy food and the only wine choices were red or white.

After my parents had been there a few years, the pub started to sell Rose wine.

This led to reactions such as ‘oooohhh very fancy’ and customers joking about us ‘trying to move upmarket’. 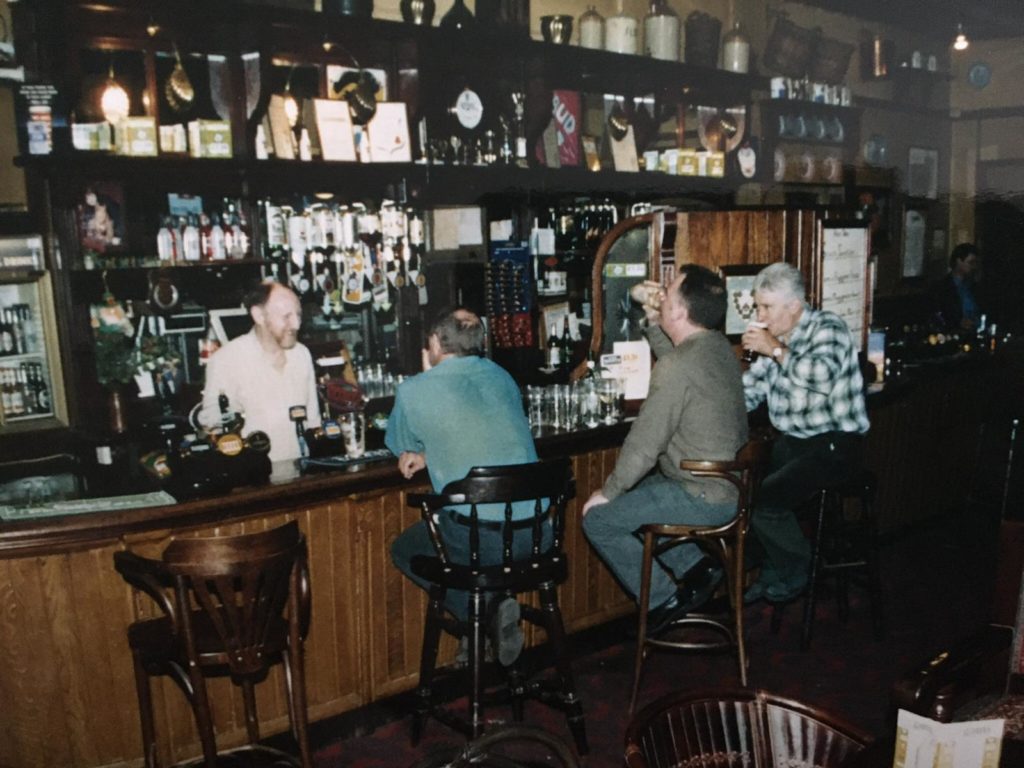 Raymond Rodgers hard at work behind the bar

As well as being brave, my dad was a very observant man.

One day, there was an argument between two customers at the bar. Dad noticed one customer leave and come back very quickly.

He noticed a shape in the back of his shirt and as the man got close to the customer he’d argued with, my dad grabbed the object in his shirt.

It turned out that this was a knife as long as my arm - Dad wrestled it away and may have saved the customer’s life.

Although there were a few less savoury characters that dad had to deal with, most of the time the Windmill was peaceful and full of great craic.

Many of the happiest memories of our lives are from our time there, but eventually it came to the time for my parents to retire.

My parents decided to leave London and retire to Bath, where I was at university.

Although I think he initially found retirement difficult, due to missing the company of people in the pub, eventually I think dad was pleased that he decided to move there.

He loved his routine, and once he had this established, I think he better enjoyed his retirement.

He enjoyed reading the paper, going to church each day, putting a few bets on some horses, going for walks or sitting in the park, listening to Ceilidh music and watching the football, the hurling or the horse racing.

My dad was very much looking forward to being a grandfather. 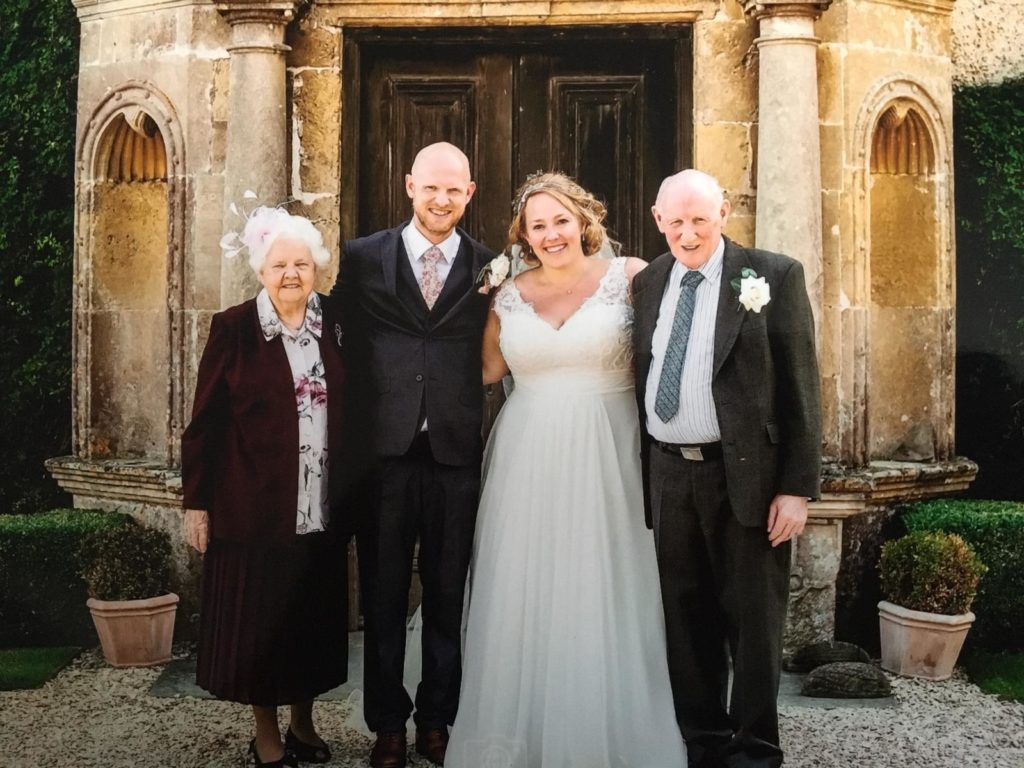 When my wife Gemma and I presented my parents with a card to congratulate them on being prospective grandparents, dad leapt off of the sofa like his horse had come in (I don’t think I have ever seen him so happy), and with his typical humour and a huge smile, said ‘Great – just in time before we die’.

Unfortunately, this was not to be, but I am grateful that we all had this moment together before he passed.

The beginning of the end of my dad’s life started in his parish church, St Mary’s in Bath.

I came to see my parents one Sunday morning and was struck by how smartly dressed my dad was. He was going to mass for the first time since lockdown had started.

When dad got home he felt unwell and so got the bus to hospital, where they found he had suffered a heart-attack.

I still smile when I think that he was so tough (and you could say so careful with money) that he got the bus to hospital after having a heart-attack, rather than get a taxi.

He needed a heart bypass and so he was taken to the Bristol Heart Institute, where the operation went well.

Dad seemed like he was recovering well too; however, this was not to be.

His death reminded me of one more memory, something my auntie recalls my dad saying at his own father’s funeral in Galway.

As my auntie tells it, it was a very dark evening and the heavens opened and the rain poured down. Those who stood beside the open grave, close to my dad, heard him say, ‘They don’t just bury you here, but they drown you as well’.

So, while I think that dad would want us to mourn for him, he would also still want us to crack a joke and smile in his memory.